One guy's take on why men act the way they do
By Ron R. Lee 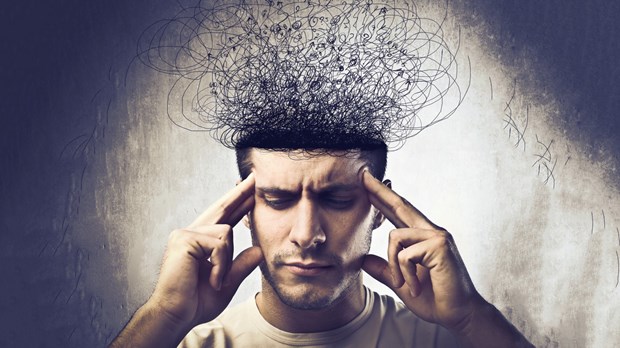 A well-known Christian author and his wife once summed up their relationship in 13 words: "Put us together, and we add up to a fairly decent human being."

I enjoyed their self-deprecating sense of humor, and only later realized they were rephrasing a profound biblical truth: "For this reason a man will leave his father and mother and be united to his wife, and they will become one flesh" (Genesis 2:24).

When two people become one, they compensate for each other's deficiencies. If I were left to my own devices, for instance, I'd turn into the Tom Hanks character in Cast Away. But team me up with my wife, Jeanette, the Queen of Sociability, and I turn into a reasonably presentable human being.

One night, Jeanette and I sat quietly, enjoying ourselves in the corner of a candle-lit restaurant. Then, out of nowhere, she looked into my eyes and said, "Let's talk about our relationship." It always makes me nervous when she says that.

What else about your husband do you wish you understood? Let me toss out seven things that might help explain a few of your husband's odd behaviors.

1. A man does more talking—and listening—when he's unaware it's happening. Most guys don't overwhelm their wife with deep inner feelings! However, there's a way to get your husband to share what's going on inside. It involves talking to him the same way his buddies do—while doing something else. Men go fishing, watch a ball game, or help each other move a pool table down to the basement. And of course, they talk a lot while they're doing these things.

For Jeanette and me, all it took was building a wood rack together. I got out the lumber and power tools; Jeanette gathered the nails, screws, and tape measure. Amid the noise and sawdust, she told me she was struggling over whether we should make a long-distance road trip to visit her parents. I'd already told her I'd do whatever she decided, but Jeanette needed to talk out the options. While we built a rack to hold our firewood, we discussed the pros and cons. What else could I do? I had to hang around until we finished the wood rack.

Take it from me. If you start doing more stuff with your husband, you'll find he actually has a lot to say. And he'll listen a lot better too.

2. If a man pauses before answering a question, that doesn't mean he's losing interest in the conversation. Guys really get into it when they're verbally sparring with their buddies, so you might wonder why your husband can't invest that kind of passion in sharing with you.

When a guy "shares" with his wife, he knows his every utterance carries a meaning even he doesn't realize. So he's extra careful about what he says. That explains the frequent pauses.

One night after dinner, Jeanette came back to the table and sat down as I was reading the newspaper. Jeanette wanted to talk about how I was dealing with our recent move. In the months since we'd left the Midwest, I'd been saying how thrilled I was to be living in Colorado. This was beginning to wear on Jeanette, who wondered if I still had a beating heart in my chest.

Finally, I laid the newspaper aside. "I don't miss the weather or the traffic," I told her. "But I do really miss Ed and Joann. We always had a great time when we got together. I hope they'll come visit us."

Jeanette tells me I revealed this sense of loss amid several pauses. She resisted the urge to hurry the conversation by guessing what I missed most. She told me later her patience paid off when I finally indicated I was hurting about some of the people we'd left behind.

(Note to any husband reading this article: If your wife sits down at the dinner table after the meal, lay down the newspaper. That's one of those silent signals we're supposed to pick up on.)

3. If your husband likes to hang around the house, he's actually paying you a compliment. Here's one way to tell if your husband thinks your marriage is going well. He won't work late unless he absolutely has to, and he won't overload his schedule with meetings and golf dates with his buddies. The reason? He'd rather be home with you.

Sounds good so far, right? But let's say you've had a terrible week, and as Friday approaches, all you can think about is getting out of the house for a quiet dinner and maybe even a movie. You can picture the restaurant, taste the appetizer, even smell the popcorn at the theater. But your husband gets home from work on Friday and all he wants to do is stay put. Before you take it personally, remember that if he wants to hang out at home, it doesn't mean he doesn't want to do something with you. It just means he wants to do something with you at home. I realize a steady diet of staying home eventually will drive you up the wall. But for now, take it as a compliment. Maybe next Friday he'll have more ambition.

4. When your husband's a little short with you, 9 times out of 10 it has nothing to do with you. Some things that really bug your husband are taxes, bills, his boss, and the ever-present threat of male pattern baldness. For me, the most frequent low-level life stress is automobile-related. Our cars break down with unnerving regularity.

One afternoon, Jeanette called me from work to say that when she pulled into her office parking lot, steam poured out from under our van's hood. I picked up some antifreeze, several jugs of water, and headed off to her office. Sitting at a red light, I made a mental list of what causes coolant to leak: a cracked radiator or heater hose, a bad water pump, or the worst possibility—a blown head gasket.

By the time I arrived at Jeanette's office, I'd worked myself into a lather over the likelihood this repair would drain us financially. That means I wasn't all smiles and affectionate greetings when Jeanette walked out to meet me. As I poured antifreeze into the radiator and watched a new green pool form on the ground, I asked Jeanette to follow me to the repair shop. Then I took off down the street.

Here's the significant thing about this story: Jeanette didn't take my fit of pique personally. She understood I was angry at the situation, not at her. (Now to any guy reading this: It was the head gasket. It set us back $1,800.)

So if your husband acts less than chummy and you wonder if it's something you said, think about what else has happened in his life. He probably had some huge, last-minute project dumped on his desk that afternoon. Or maybe he just opened the mail and looked at the VISA bill. You, he loves. The credit card bill he'd gladly burn at the stake.

5. The words husband and hint don't belong in the same sentence. I maintain there's a perfectly good explanation for why guys are clueless. It's because wives like to hint around at what they mean; then they wonder why their husbands aren't responding.

Take last Thanksgiving, for instance. Jeanette and I had a houseful of guests, some of whom were watching football in the family room. Being a good host, I figured I'd watch it with them. Just then, from the kitchen, Jeanette said, and I quote, "Ron." She used that tone that means I'd messed up—without specifying the infraction.

"Should I feed the fire?" I asked. That wasn't it. "Do you want me to help you get the dishes out?" Not that, either. "Is it time for me to take drink orders?" Wrong again. Finally, I hit on it. "You don't want me to watch football while other guests visit in the living room, do you?" Bingo! At last I'd guessed correctly. But it would have been less frustrating if Jeanette had just said, "I don't think you should watch football while the other guests entertain themselves in another room." If she'd uttered those words, I would have caught on. Honest.

6. Many men are clothing challenged. Forget those immaculately attired GQ guys; a chimpanzee would look great if he had a team of trained professionals picking out his clothes, too. Assuming you're married to a regular guy, chances are your husband suffers from a combination of fashion blindness and ensemble dyslexia. Sometimes we freeze up. Does this tie go with this jacket? Are these socks black or navy blue? If I wear the pink polo shirt, will other guys start asking me out?

I have a friend who had to make a big presentation at work, and he wanted to make a good impression. That morning, he noticed a new sweater hanging on his side of the closet and was overcome by a wave of gratitude. His wife, realizing the importance of this presentation, had been thoughtful enough to buy him a really nice sweater.

He wore the stylish garment to work, gave the presentation, and came home to tell his wife about it. She listened attentively, then asked, "But why did you wear my sweater?"

I'm not saying guys are clothing idiots; I'm just saying we can use a little help. If it weren't for our wives, we'd be giving people the fashion willies every time we left the house.

7. A guy likes to put disagreements behind him. Most guys think there's only one proven method of making up after an argument, and that involves getting physically close. My friend Michael speaks for a multitude of husbands when he says that as soon as the fight's over, physical contact with his wife helps him feel things are once again okay.

"I don't carry grudges," he says. "But Susan's different. When we strongly disagree about something, or when I've hurt her in some way, she feels distant from me, and it takes more time than I'd like to get close again. As for me, I can get close within minutes of a fight, even if it really hurt my feelings."

Michael's prescription for reconnecting after an argument: "Sex at a time like this? Sure!" To that, the men of the husband brotherhood add: "Why not?"

In the immortal words of Phil Callaway, author of I Used to Have Answers, Now I Have Kids (Harvest House): "We husbands have three desires in life: food, sex, and. … we can't think of the third thing. Seriously, a happy guy makes a great husband. And it doesn't take much to make us happy."

I can't speak for Phil, but I remember the third thing that keeps me happy. Every few weeks, I need Jeanette to tell me whether my brown loafers go with the khaki trousers or the navy blue pants. Every time she clarifies this for me, I'm a really happy man.

Ron R. Lee, a book editor, lives in Colorado with his wife, Jeanette, and their daughter, Jessi.