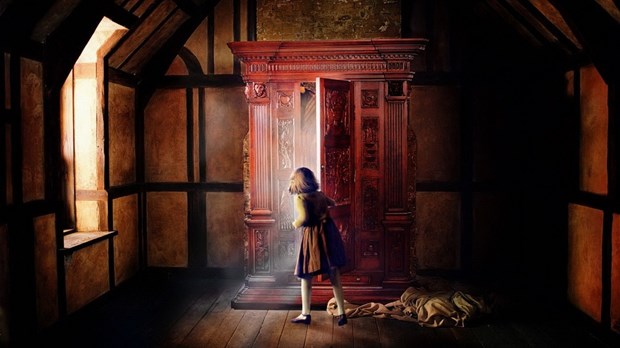 Lewis was a bachelor at the time and had no children of his own. He hadn't really spent any time with young people in years. But as he got to know the children who stayed in his home, Lewis discovered something that alarmed him. They didn't know how to entertain themselves. They didn't have much imagination. They didn't read. And they were in way too much of a hurry to become adults. These children didn't have any time for things they considered "baby-ish."

Lewis understood. He had felt that way once—but he knew better now.

"When I was 10, I read fairy tales in secret and would have been ashamed if I had been found doing so," he admitted. "Now that I am 50, I read them openly. When I became a man I put away childish things, including the fear of childishness and the desire to be very grown-up."

Lewis thought of all the wonderful stories he loved to read as a child, and how they impacted his life. It made him sad to think what the children of his day were missing. Yet there weren't many contemporary books he could recommend to them—books that would not merely educate but encourage and inspire them. It was all the more reason Lewis should write stories of his own. "People won't write the books I want, so I have to do it for myself," he said.

The heart of a lion

Lewis's first children's book began with the sentence, "Once there were four children whose names were Peter, Susan, Edmund, and Lucy." The adventure begins when the children tumble through the door of a mysterious wardrobe and into the magical world of Narnia.

As Lewis created Narnia, he drew on the stories written by the children's authors he loved—Edith Nesbit, Beatrix Potter, and George MacDonald. He filled Narnia with all the creatures from his favorite fairy tales and legends. And then suddenly, he was inspired to weave into the story something infinitely more precious to him—his Christian faith. Through the Great Lion Aslan, Lewis would introduce his readers to the character and person of Jesus Christ—the Son of God, who willingly laid down His life for sinners and rose from the dead in power and glory. (The name "Aslan" comes from the Turkish word for "lion," and in the Bible, Jesus is sometimes referred to as "the Lion of Judah.")

When The Lion, the Witch and the Wardrobe was first published in 1950, it became an instant bestseller. Hundreds of children wrote letters to C. S. Lewis, and with the help of Warnie, he answered nearly every one. Lewis never forgot what it was like to be a child. He remembered wrestling with his questions and thoughts and feelings—and how he felt adults ignored or dismissed them.

Lewis always responded to his fans with thoughtful letters of his own. He thanked them for the drawings they sent of their favorite characters. He answered their questions about Narnia and writing and life in general. Sometimes he gave them simple but profound spiritual advice. Less than a month before he died in 1963, he penned the following letter. It turned out to be a fond and fitting farewell to all of his devoted readers:

Dear Ruth,Many thanks for your kind letter, and it was very good of you to write and tell me that you like my books; and what a very good letter you write for your age!

If you continue to love Jesus, nothing much can go wrong with you, and I hope that you may always do so. I'm so thankful that you realized the "hidden story" in the Narnian books. It is odd, children nearly always do, grown-ups hardly ever.

I'm afraid the Narnian series has come to an end, and am sorry to tell you that you can expect no more.

Christin Ditchfield's latest book is A Family Guide to The Lion, the Witch and the Wardrobe (Crossway).

See also the related article entitled "Jack Would Be Amazed."

Copyright © 2005 by the author or Christianity Today/Today's Christian magazine.Click here for reprint information.