My 9-year-old's last-second request surprised his doctor and taught me a valuable lesson about sharing the gospel.
Tina Blessitt 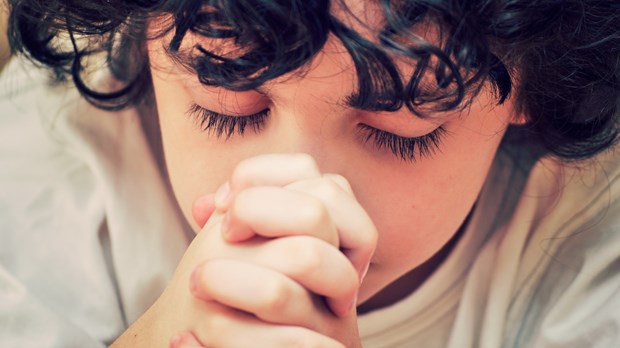 Last fall my 9-year-old son, Austin, had his tonsils removed. Before the surgery, Austin's anesthesiologist came to start an IV. He was wearing a cool surgical cap covered in colorful frogs. Austin loved that "frog hat."

The doctor explained that he had two choices—he could either try to start the IV, or he could wait until Austin was up in the operating room. In the OR the doctor would give Austin some "goofy" gas, and start the IV when he was more relaxed. "So, Austin," he asked, "which do you want?"

The doctor turned. "Yeah, buddy, what do you need?"

"No," the doctor admitted. "I know I probably should, but I don't."

Austin then asked, "Well, are you saved?"

Chuckling nervously, the doctor said, "Nope. But after talking to you, maybe it's something I should consider."

Pleased with his response, Austin answered, "Well, you should, 'cause Jesus is great!"

"I'm sure he is, little guy," the doctor said, and quickly made his exit.

After that a nurse took me to the waiting room. Someone would come and get me when Austin's surgery was done.

After about 45 minutes, the anesthesiologist came into the waiting room. He told me the surgery went well and then said, "Mrs. Blessitt, I don't usually come down and talk to the parents after a surgery, but I just had to tell you what your son did."

Oh boy, I thought. What did that little rascal do now?

The doctor explained that he'd just put the mask on Austin when my son signaled that he needed to say something. When the doctor removed the mask, Austin blurted, "Wait a minute, we have to pray!" The doctor told him to go ahead, and Austin prayed, "Dear Lord, please let all the doctors and nurses have a good day. And Jesus, please let the doctor with the frog hat get saved and start going to church. Amen."

The doctor admitted this touched him. "I was so sure he would pray that his surgery went well," he explained. "He didn't even mention his surgery. He prayed for me! Mrs. Blessitt, I had to come down and let you know what a great little guy you have."

A few minutes later a nurse came to take me to post-op. She had a big smile on her face as we walked to the elevator. "Mrs. Blessitt, I couldn't wait to tell you something exciting that your son did." With a smile, I told her that the doctor already mentioned Austin's prayer.

"But there's something you don't know," she said. "Some of the other nurses and I have been witnessing to and praying for that doctor for a long time. After your son's surgery, he tracked a few of us down to tell us about Austin's prayer. He said, 'Well girls, you got me. If that little boy could pray for me when he was about to have surgery, then I think maybe I need his Jesus too.'" She then recounted how they joined the doctor as he prayed to receive Christ right there in the hospital.

Wow! Austin had played a small part in something wonderful. But then, so did the nurses who prayed and witnessed. I thought about John's words in his Gospel, "One sows and the other reaps" (John 4:37). Austin's experience taught me that, although we never know which role we may be called to play, in the end it doesn't matter. What's important is that we remain faithful in sharing the gospel.

Tina Blessitt, a freelance writer, lives with her husband and four children in Kentucky.

Copyright © 2006 by the author or Christianity Today/Today's Christian magazine.