How abstinence champion Lakita Garth kept the faith during the long years before her wedding night—and beyond.
Pamela Toussaint 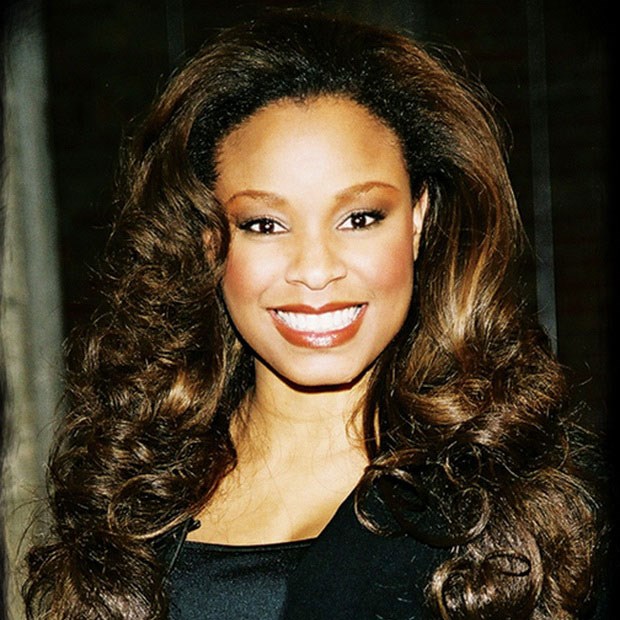 During the summer of 2005, 36-year-old Lakita Garth kissed her boyfriend of two years for the very first time—at the altar after they said, "I do."

She and her Mr. Right (literally—her husband's name is Jeffrey Wright) met at a health conference through a mutual friend. "I decided to preach to him, and surprisingly, he didn't go away!" laughs Lakita. When Jeff, a successful Christian publisher in Chicago, was able to spar with her considerable knowledge of biblical doctrine, she became even more intrigued. "I wanted a man who could rise to the challenge, someone I could follow," says Lakita, who was a virgin when she married. "I think women don't have high enough standards. Guys want a challenge, to respect you and to see that you're different. As soon as you start putting out, you lose all of that."

A brainy former beauty queen (she was 1995's Miss Black California), Lakita travels the nation telling "the naked truth" about sexual compromise. She has spoken at countless youth functions, been featured on MTV, and was a regular guest on Bill Maher's Politically Incorrect. Her most recent book on abstinence until marriage is titled The Naked Truth: About Sex, Love, and Relationships.

Over two decades, Lakita had many opportunities to compromise her moral standard. However, amid the considerable societal pressure most single adults experience, she was able to stay sexually pure. Her training began early.

It takes a family

"In my family, if you had sex outside of marriage, someone got married, or someone got shot!" Lakita recalls with a laugh. Born and raised in a rough part of San Bernardino, California, she jokes that her widowed mother slept with two men every night—Smith and Wesson.

She claims that her "best forms of contraception" were her four protective brothers. "Growing up, I was taught that rights and responsibility went hand in hand," she says. "Today, everyone's demanding rights but no one's talking about responsibility."

The strength of Lakita's extended family played a huge role in shaping her strong resolve to stay pure, and to make her life count for Christ. Raised in a then-segregated Alabama, her uncles and cousins called Dr. Martin Luther King a family friend and frequent guest. "I come from a line of Christians that believe your faith must impact the culture. It has to go farther than your personal relationship with Christ." Self-control, self-discipline, and delayed gratification were staples in Lakita's upbringing, and are the key points she uses when teaching abstinence today.

Despite her strong faith, Lakita did not grow up in the church—she admits that as a child she simply refused to go. "I thought church was where all the hypocrites were," she remembers, though her mother was a faithful churchgoer. Lakita finally made a commitment to Christ at age 17, and says she decided right then that she would live by Isaiah 54:5: "For thy Maker is thine husband" (NKJV). She recalls, "I asked myself, 'If God is really my Husband, then why am I flirting with some guy?' God even knows what I'm thinking!"

Lakita admits there were times when she asked herself other things too, like, Is there something wrong with me 'cause I don't have a boyfriend? Fortunately, her young mind wasn't given much room to explore that question—much of her free time was filled with sports or "cracking the books," and TV was usually off limits in the Garth home. In the long years of single adulthood, Lakita learned how to be comforted by God when she felt alone. "I had to go to Him when I was lonely," she says. "If I could be faithful to God during those times, I know I can be faithful to my husband."

Lakita's ministry is often to teenagers, but she finds Christian adult audiences even more challenging to address on issues of sexual purity. "Christian adults are the most clueless," she notes bluntly. "Many have never heard from the pulpit that sex before marriage is wrong," she says, citing how often singles have come up after her talks and told her so. "The Church needs to start preaching it, and then living it. We need to start equipping folks."

The 2004 Census Bureau's Current Population Survey reports that there are more people in the 30-34 age range who have never been married than there have been since 1970. That means it's likely that there are a greater number of older singles in our churches than we've seen in a long time. But are adult Sunday-school programs, or even church singles ministries, really meeting the needs of older singles? The answers vary, but many church programs seem to be heavy on events, but light on the biblically based teaching relevant to the issues single 30- and 40-somethings face.

Lakita warns single Christian women against "missionary dating," or trying to convert unbelievers while you get emotionally, and too-often physically, entangled. "You can't be the key to his spiritual maturity," she says. Lakita always realized that, because of her strong convictions to be holy, her dating pool would be smaller—which was okay with her. "To be single was to be undistracted in my devotion to God," she says.

Lakita's testimony of bold sexual purity has garnered much attention, in and out of Christian circles. As a single, she was featured in Essence magazine, and last year she shared her just-married bliss with the ladies of ABC's The View and readers of People. Now, almost a year into married life, she still says, "I'm so glad I waited. Everything is new and exciting. It's like going on a rollercoaster for the very first time!"

Her final word to singles: "Keep your options open." God's perfect mate for you may not look or sound like your "fantasy mate."

For more information about Lakita, visit www.lakitagarth.com. Pamela Toussaint speaks and writes on issues of holiness in singleness. She is coauthor of His Rules: God's Practical Road Map for Becoming and Attracting Mr. or Mrs. Right (WaterBrook Press) with Christopher Burge. Visit her at www.hisrules.com.