It doesn't have to stay that way. Try these ideas to bring your spouse closer.
By Jeanette and Robert Lauer 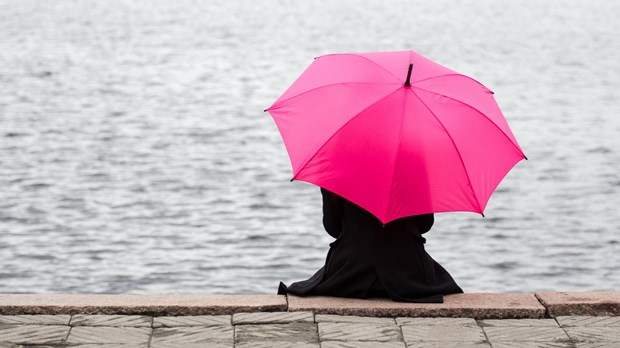 “I thought I’d lost it,” said Billie, a wife of eight years. “I was in the grocery store check-out line. The man in front of me glanced back and smiled. He looked so kind. I had an overwhelming impulse to ask him to hug me. When I got to my car, I burst into tears. I finally had to admit how lonely I felt.”

“I’m tired of feeling alone,” Diane, who’s been married 14 years, commented. “My husband, Ben, is into everything. He has a ball game or a meeting nearly every night. If he’s home he’s on the phone talking over strategies for the next game or meeting. He has time for everyone except me.”

“If friends and colleagues were enough,” Kim, a wife of 10 years, complained, “I wouldn’t have married. I want a husband. I want someone who’s with me, who can share my life on a daily basis.”

Tap here to read “When Loneliness Threatens Your Marriage.”

No one expects it to happen. Marriage is supposed to prevent loneliness, isn’t it? Unfortunately, it doesn’t.

In our work with couples, we’ve frequently heard the same kind of complaint: “I’m married, but I’m lonely.” We all crave the physical and emotional intimacy of a spouse who’s really there for us. When this doesn’t happen, frustration, hurt, and anger mingle with feelings of betrayal. “What’s the point of being married,” as Billie put it, “if you have to go looking when you need someone?” And the longer those feelings of loneliness exist, the stronger the possibility that a spouse will look outside the marriage for support, affection, companionship, and love.

What are some ways to battle marital loneliness?

If you’re feeling lonely, ask yourself:

Answering these questions can save you from falling into three traps:

Write a list of the kinds of activities and changes that will relieve your loneliness. Ask yourself if the items are realistic. It’s not realistic, for example, to expect a personality change. It is realistic to ask for extra effort. Although an introvert won’t become an extravert, for instance, he can become more outgoing.

Marriage is supposed to prevent loneliness, isn’t it?

Next, ask if the suggested changes on your action list are sufficiently specific. Diane’s first effort—“We need to spend more time together”—was too general. She finally came up with more specific suggestions: “We need to spend time together each day—lingering over a cup of coffee after dinner, walking the dog around the block, or talking about the events of the day. And we need to go on dates at least twice a month.” The more specific, the better. For instance, saying, “I need you to be more communicative” is so general that your spouse may find it difficult to respond. But saying, “I need you share with me one feeling you have each day” is a specific request to which he can respond.

Once you have your list, share it with your spouse, but this may not be easy. Billie found it difficult because Steve hates to talk about feelings. “He becomes defensive and then retreats into his shell,” she says. “His message is clear: They’re your feelings—deal with them yourself.”

What do you do if your spouse grows angry, defensive, or more withdrawn? Carefully explain the intensity of your feelings and how important it is for you to have his or her help in coping with your loneliness. But don’t blame your spouse. Your approach should be, “We have a problem. I feel disconnected from you and lonely,” not “You are a problem. You’re making me feel miserable.”

Whatever the cause, you can attack marital loneliness if you work together.

Work Out an Action Plan

Negotiate the items on your list. As you discuss them, you may come up with some additional ones. Select several items and develop a plan of action. One item on Diane’s list was that Ben cut back on his activities. He agreed. So their plan of action called for Ben to limit his activities to Saturday morning Little League games and Thursday evening Boy Scout meetings. In response to another item on Diane’s list—more couple communication—they decided to reserve 30 minutes each evening to reconnect.

As they negotiated, Diane realized that a part of her loneliness involved a need for personal growth. She’d become too dependent upon Ben, looking to him to fulfill all her needs. They agreed that she’d take an art class on Wednesday evenings while he stayed home with the children. Finally, they decided to reserve Friday nights as their date night.

Whatever the cause, you can attack marital loneliness if you work together. Be creative, knowing that the possibilities for a fresh start are endless. And if your spouse works with you, the effort will pay off in enhanced intimacy—the best remedy for marital loneliness.

Drs. Jeanette and Robert Lauer, married more than 55 years, have written 20 books together, including Forgiving Yourself: Why You Must, How You Can.