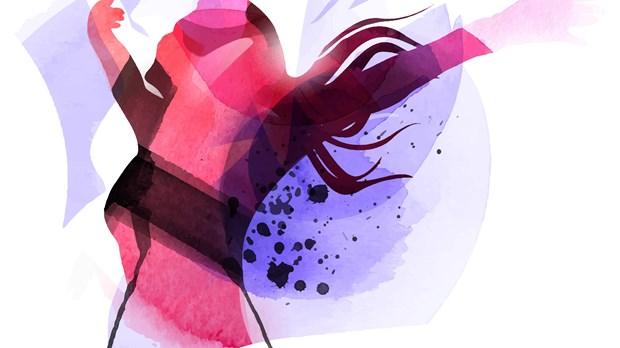 "It is astonishing," wrote Karl Barth, "how many references there are in the Old and New Testaments to delight, joy, bliss, exultation, merry-making, and rejoicing, and how emphatically these are demanded from the Book of Psalms to the Epistle to the Philippians."

Indeed, from "Shout for joy to the Lord, all the earth!" (Psalm 100:1) to "Rejoice in the Lord always. I will say it again: Rejoice!" (Philippians 4:4)—and dozens of places before and after and in between—we are urged to lead joy-filled lives.

When believers do a little self-reflection, not many of us point to joylessness as the thing that needs attention. Mostly we flagellate ourselves for our undisciplined discipleship. We issue calls to repent of our consumerism, sign ecumenical concords to heal our divisions, and issue manifestos to care for the poor and the planet. No one has yet issued a joint ecumenical statement on the need for Christians to be more joyful.

Yet it's right there in the Bible, over and over: "I say it again: Rejoice!"

We come by our earnestness honestly. One of our classic texts is William Law's A Serious Call to a Devout and Holy Life. While Law devoted one chapter to happiness, the rest of the book presents a long admonition "to take up our daily cross, to deny ourselves, to profess the blessedness of mourning, to seek the blessedness of poverty of spirit …." This bracing, prophetic book deeply influenced the theology of John and Charles Wesley.

It's no surprise that one of the best-selling nonfiction books of all time is The Purpose Driven Life. We long to have meaning. And we're willing to be driven—something we don't normally want—if it will make a difference.

One reason we're perennially attracted to a serious call to a purpose-driven life is the state of the planet. According to a recent report from the UN's Food and Agriculture Organization, world hunger is only worsening. Nuclear threats grow daily in the Middle East. Human trafficking is expanding. Billions are mired not just in poverty of material needs but also poverty of spirit. Who in their right mind can talk about joy? Empathy, yes. But to put on joy when so many are dressed in the rags of anxiety, grief, and despair—well, it would be scandalous. There will be time for rejoicing once we make some headway on the human catastrophe.

Good News for the Earnest

But is it not truer to say that we will not make progress on the human catastrophe until we first rediscover joy? The gospel remains a scandal, indeed, because it announces joy right when everything is falling apart, just when today's experts offer "sober assessments of the current situation," and in their euphoric moments can only say they remain "cautiously optimistic."

That includes our earnest, purpose-driven selves. Christ's incarnation reminds us that God has come in the flesh to shoulder the planet's burdens. No matter how earnest we become, we cannot fix the world. It has already been fixed, and that fixing will become manifest when Christ comes again. In the meantime, we really are given crucial work to do: to heal the socially sick, to raise the spiritually dead—among other jobs! But practicing deadly serious discipleship is not one of them.

We do well to recall how the incarnate God began his ministry among us. He never relented from the message that, though life comes only by way of death, life really is the point. "It's Cana of Galilee, the first miracle," says Father Paissy in The Brothers Karamazov. "Ah, that miracle! Ah, that sweet miracle! It was not men's grief, but their joy Christ visited. He worked his first miracle to help men's gladness."

There is a time to ponder the sobering reality of evil, to write the occasional dirge. But G. K. Chesterton knew well the greater truth—which is why the Bible harped on it so. A person is fully human, he says, "when joy is the fundamental thing in him, and grief the superficial. Melancholy should be an innocent interlude, a tender and fugitive frame of mind; praise should be the permanent pulsation of the soul. Pessimism is at best an emotional half-holiday; joy is the uproarious labor by which all things live."

Earnest purpose, to be sure. But let it pulsate with praise.