It's difficult to turn boys to men. What to do about those who are M.I.A.
Jonathan Sprowl 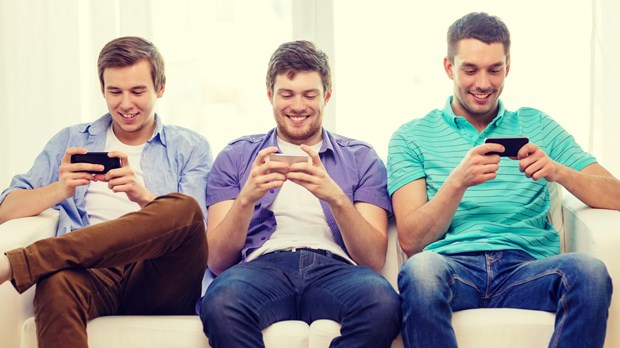 Where have the good men gone? Chances are you've counseled a frustrated young single woman in your church who has asked you this question. Or perhaps you've asked it yourself. This question is the catalyst for Kay Hymowitz's book Manning Up: How the Rise of Women Has Turned Men into Boys, an in-depth analysis of the state of the average middle-class American male in his twenties.

By her analysis, he has simply decided to remain a "pre-adult," stuck between adolescence and adulthood. After reading her book it's easy to understand why. In a nutshell, women, who graduate college in greater percentages (earning more degrees by a ratio of nearly 3:2) and with higher GPAs than men on average, are quickly making up ground in our current "knowledge economy," which places a premium on educational credentials. While young women have been energized by historic, unprecedented opportunities for a self-supporting career in the workplace, young men have been gradually shrinking from adult responsibilities such as marriage, job, and family in favor of entertainment and diversion.

It's an argument in the vein of Hannah Rosin's seminal article for The Atlantic, "The End of Men," and was recently picked up by William J. Bennett, author of The Book of Man. Their solution is invariably that men should simply man up, take responsibility, get married, adapt to the changing cultural environment.

But this assumes that young men have a motivation to "man up." These authors underestimate the self-perceived freedom of "child-men" (as Hymowitz labels them). And they won't easily give it up. Young men are being shaped by prolonged adolescence and perceived obsolescence, and powerful social forces are at work to keep them that way.

Young men are being shaped by prolonged adolescence and perceived obsolescence, and powerful social forces are at work to keep them that way.

For instance, a much-publicized Relevant magazine article highlighted a study that found 80 percent of evangelical Christians have had premarital sex, slightly below the 88 percent mark of society at large. Sex is readily available and as a motivator for pursuing marriage seems all but off the table. Fear of divorce further undermines the draw of marriage.

For another example, I've already hinted at the fact that the current growth sectors of the job market are geared more to the skills of women. In addition, average college loan debt post-college is more than $25,000, so even men with their act together often must delay taking on the added financial burdens of home and family. Women, despite their newfound financial independence, still expect to marry up. Many young men, unable to handle adult expectations, have simply chosen not to try.

They've been rewarded for throwing in the towel with a hook-up culture skewed in their favor, a growing buffet of man-centric entertainment, and a plunging limbo bar of social expectations. And—paradoxically in the current market—they have a relatively high amount of disposable income to play around with, and no financial obligations but the ones they choose. Man up? Are you kidding?

The path to responsible manhood is not easy and staying a boy is. Battling Captain Hook with the Lost Boys (or playing hours of Call of Duty) is thrilling. Taking on a mortgage and responsibility for the livelihood of others is frightening. If the modern world is beating him down, at least he can be the hero of his own fantasy world. Judging by portrayals of men in the popular media, they don't expect much of him anyway.

So where does that leave us? I've given lots of thought to the subject at hand. After reading Manning Up, I was left with a hollow "what now?" type feeling. Hymowitz does an excellent job of diagnosing the problem, but telling young men to "man up" without providing the means just isn't gonna cut it.

Telling young men to "man up" without providing the means just isn't gonna cut it.

The key to our salvation is breaking the cycle. We humans learn by example. Young men have been cut adrift to carve out a path for themselves with only the media to guide them. The past decades have seen older women blazing trails for younger women and bestowing them with a sense of legacy. Men need other men to exemplify masculinity: a robust, noble, responsible masculinity. Older, wiser men must walk beside younger men in a manner, encouraging them to show integrity and self-control.

I would be remiss not to mention Jesus here. I know that his story has been hijacked to promote whatever version of masculinity is in vogue to the point that our vision of him is schizophrenic. But I also believe that men who are patient enough to hear what he said and dedicate themselves to following him will find no greater example of what it means to be a man. Furthermore, his death and resurrection set us free to move out from under the shadow of Adam's sin and brokenness and into the light () of wholeness.

So what can women do to help the "man-boys" grow up? It starts with being part of the solution and not the problem. As tempting as it may be, resist the temptation to join the man-bashing bandwagon. Even when said sarcastically, these remarks undermine attempts of young men to put themselves together and reinforce the stigmas attached to them. Sure, maybe he dresses like a bachelor and cooks like a bachelor, but at least he's putting forth an effort (if he really is).

On the positive side, encourage winsome qualities in him. When he shows initiative, point it out. Depending on the depth of your relationship with him, when he's dropping the ball, lovingly let him know, and give him a chance to fix things. If possible, connect him with an older guy you respect who can mentor him, or at least become someone he can model his life after.

So where have the good men gone? They're closer than you might think. They just don't know it yet.

Jonathan Sprowl is assistant editor of Men of Integrity magazine.

Subscribe to TCW's e-newsletter at this link for an opportunity to win free books and music.