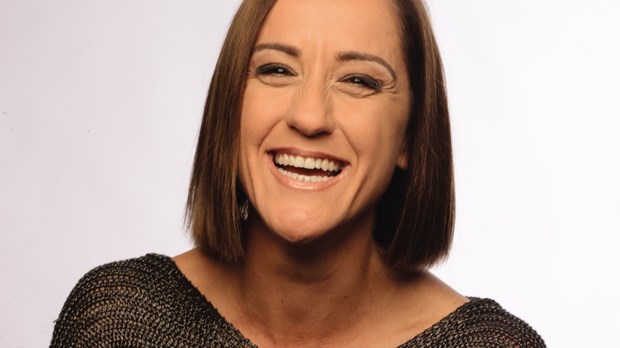 When you're first abused, you're filled with shame about what is happening to you. When it happens over a long period of time, you then begin to think it's happening because of who you are. So I grew up feeling a lot of rejection, shame, insecurity, fear, and anger. Over the years I've had to fight to renew my mind to a place where I understand at the core of my being that Jesus is trustworthy.

When you're abused, you shut down and think you're used goods. You think God could never really do anything with your life. You can hear a thousand sermons on destiny and purpose and God having a plan for your life—plans for good and not for evil—but if you come at that with a shame-based nature, then deep down you can never believe God could use you. It certainly has been the fight of my life to get to the place of trusting God to redeem the broken pieces of my past for his glory.

As I started to serve in youth ministry in my mid-20s, I realized I was going to have to deal with the darkness in my own life before I could shed light on anybody else's. And so began the journey.

I think in the same way, most of us

don't embrace the pain of emotional or spiritual recovery because there is pain. If your soul has been wounded before you come to Christ, it will likely still be wounded immediately after. And in the same way, if our body is broken before we pray the sinner's prayer, it's still broken the minute after we pray it. There's not often this instant physical healing. We have to undergo a process of restoration to have the wounds of our soul healed, and to allow Jesus to touch those dark places.

When I became engaged to my husband, Nick, I did a round of what I would call deep, intensive counseling.

I began really working through issues God was bringing to light. In 2007, Nick and I felt God was leading us to get involved with rescuing victims of human trafficking. We're now able to provide a place through the A21 Campaign, an international antihuman trafficking organization with the goal of abolishing slavery in the 21st century, for those who feel like they have no purpose and that nobody loves them. We're able to rescue girls, see them restored, and help them rebuild their lives.

It's breathtaking to see what God has done in our offices around the world. There have been hundreds of girls rescued, and dozens of traffickers thrown in jail.

I didn't start 25 years ago with a global ministry. At 22, a friend took me to Hillsong Church in Sydney. That's where it all started. As soon as I walked in I knew, This is what I've been wanting all my life. I started volunteering to clean up the youth hall. When nobody else would stay and clean up, I swept the floors. I remember cleaning the toilets as well. At one point, 24 years ago, holding a toilet brush, I laughed out loud and thought, Wow, this is not what I thought ministry would look like. I just remember holding that toilet brush and doing it as unto God with a passion.

When I really got established in the Word at Hillsong Church, it was awesome, but it has cost me everything. To my family, when I chose to put Christ first, I was turning my back on everything: on tradition, on culture, on them. It was very difficult for my family in the early days to cope with. That's probably why I'm so intense, passionate, and serious about my faith—because it wasn't a light decision. It cost me everything to go forward with Jesus.

Christine Caine is wife to Nick, mother to Catherine and Sophia, author of Undaunted, and founder of The A21 Campaign, an antihuman trafficking organization striving to abolish slavery in the 21st century. Follow Christine on Twitter @ChristineCaine. 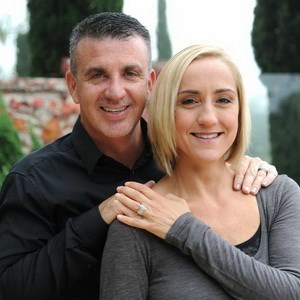