Our reluctance to move toward those identified as "sinful" keeps us from living like Jesus.
Margot Starbuck 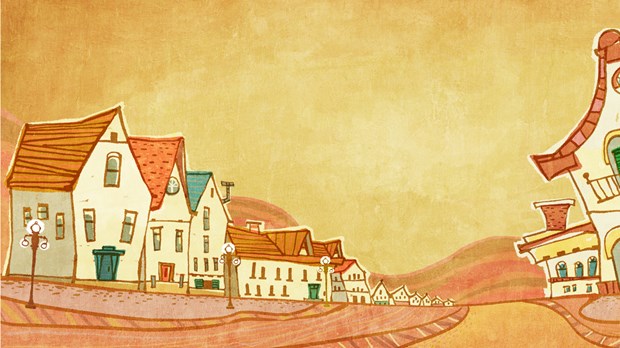 When a friend had enthusiastically raved about one of their church's local ministries, Jennifer thought it would be a good way to love some neighbors in town she did not yet know. Now, though, her stomach was fluttering, and she began having second thoughts.

Stepping out of the car along with three other women, Jennifer balanced two hot pizzas in front of her. While her co-conspirators grabbed sodas and gift bags from the trunk—filled with scented body lotions, chocolates, and other goodies—she glanced around.

The gravel parking lot of The Doll House was crowded. It was Friday night, and the sky had been dark for several hours. Though she'd driven past the eyesore hundreds of times, Jennifer never once thought she'd be setting foot on the property. The sordid "entertainment venue" had a bad reputation in town and, though she knew it was silly, Jennifer was worried that someone she knew would see her there.

Respectfully, the women entered the establishment. As heads turned in their direction, it became evident that Doll House patrons and dancers and management were not used to seeing groups of well-coifed women showing up for the X-rated entertainment. The group quietly sat down, ordered drinks, and waited.

When the show ended, Sandy, their leader and an alum of the adult entertainment industry, followed a familiar hallway back to the dancers' dressing room. Knocking gently, Sandy introduced herself, and asked one of the women if she and her friends could come in and visit. With their permission, she signaled Jennifer and the others to join them.

The Bind in Which We've Found Ourselves

How do we love the neighbor whom our church or community has identified as "sinful"? Whether it's the man in our congregation accused of white collar crime, the coworker who binge drinks on the weekends, or the neighborhood teen who becomes pregnant out of wedlock, we, like Jennifer, want to love well.

What typically comes so naturally to us when it comes to loving others—offering a ride to the doctor, sending a casserole to a new mom, writing a letter of condolence—can suddenly become riddled with conflict when we've identified the one on the receiving end of the love as someone who is a special sort of sinner.

Though I can't speak for my friend Jennifer, I can tell you what this looks like for me. My discomfort makes me reluctant to engage with my neighbor that God loves. I fear that if I do engage with him or her I'll somehow communicate that I condone the behavior in question. And I even fear that it will appear to others whose opinions I value—a family member, a friend at church, a pastor—that I do not condemn strongly enough! If I were completely honest, what I'd most prefer is for my neighbor to clean up his or her act, and then beg to attend church with me.

I am nothing if not a complete mess.

A friend and I had recently been wrangling over this sticky business of neighbor-love, when she finally nailed what seemed to be at the root of our shared ambivalence.

"I think it's because I was taught to keep separate from the world," she realized.

We both had. But suddenly keeping a safe distance from the world God loved, the one for whom Jesus died, no longer made much sense. I suspect we'd not entirely understood the mandate because, though we'd each had the best of intentions to keep ourselves pure, our reluctance to move toward those identified as sinful had kept us from living like Jesus.

The Witness of Jesus

Though we're quick to say that Jesus was a friend of sinners, I fear that we've sort of whitewashed first century sinners: tax collectors, prostitutes, drunkards, and gluttons. We do it when we reason, "A tax collector is probably like my uncle who worked for the IRS." Or, "A prostitute is probably like the woman down the street who wears revealing workout clothes."

These dirty sinners were rejected by their communities. They were despised and excluded the way that modern pimps, drug dealers, child pornographers, and human traffickers might be. They were that bad. Only when we allow the sordid characters described in the Gospels to be as offensive as they really were can we truly understand just how radical Jesus' friendship among them was then and would be today.

Rather than keeping a safe distance from the disreputable, Jesus moved toward sinners. He approached them, pursued them, and engaged with them. Can you imagine how welcoming and generous he must have been toward a tax collector named Levi for Levi to throw a banquet in Jesus' honor at his house (Luke 5:29)?

Jesus received others as they were and not as he wished them to be. While his disciples were fetching food, Jesus engaged a Samaritan woman—wrong gender, wrong race, wrong religion ()! The proof that this woman experienced being graciously received, by the man who knew her sins, was that she ran back to town to invite others to encounter him as well. Just picture the gracious acceptance that had to have been on that face for her to not experience him as condemning.

As for the opinions of others, Jesus was simply unmoved by them. The religious leaders were furious that he consorted with sinners, even accusing him of being in their lot. Nowhere in the Gospels, however, does Jesus do anything to manage his reputation. He does not defend himself. He does not try to distinguish or separate himself from them to avoid sinfection. Frankly, he does not seem to care one whit about how he appears to others.

Had a fervent churchgoer, mysteriously driving past The Doll House on a Friday night, noticed Jennifer and her crew traipsing inside, the sister or brother might have pulled her aside and quietly suggested she might want to think about her witness. To consort with sinners does look bad. It's horribly offensive to many. And it's exactly the way Jesus operated.

Permissions Extended to You in the Gospel Witness of Jesus

• You have permission to move toward sinners. Jesus never shied away from those his culture identified as sinful. In fact, he beelined toward them!

• You have permission to receive another just as he or she is. Jesus accepted and received folks as they were and not as he wished them to be. This gracious reception is experienced by others as truly loving.

• You have permission to not condemn. Does a voice in your head hiss that you’re obligated to gently let another know that you know he’s sinning? Follow Jesus’ lead and ignore it.

• You have permission to ignore the opinion of others. Though it takes a bit of courage to do it, you need not be concerned with others’ opinions as you move toward sinners. Jesus wasn’t.

To imitate Jesus today is to be seen lunching with the teacher on probation for being accused of impropriety with a student, when you have no idea of his innocence or guilt.

It is to share pizza, and yourself, with women on the street whose lives bear little resemblance to your own.

It is to attend a gay pride parade with your lesbian neighbors without wearing a T-shirt that says, "I'm straight!"

To love like Jesus is to be the designated driver for a friend when she's had too much to drink.

It is to throw a baby shower for the teen mother who chooses to raise her child. It is to host a quiet homecoming gathering for her when she chooses to relinquish him. It might even be to wipe her tears and hold her after an abortion.

To imitate the radical posture of Jesus toward sinners is to earn the stink-eye from the religious! It is to love without regard to how you will be perceived by others.

Brennan Manning, whose gospel of God's radical grace has given light and life to so many, has for years proclaimed, "God loves us as we are and not as we should be, because no one is as they should be." That grace-filled love took on flesh in the person of Jesus, and it is the love we are invited to live out today.

I admit that it's not been easy for me to wrap my mind around the Gospel accounts of Jesus' unlikely friendships with sinners, his genuine care for them not as "projects," but as people. These relationships were built on the foundation of two immutable certainties held by Jesus that are the springboards that propel us to love today as he did in the first century.

The first is Jesus' unwavering confidence that "the other" is deeply beloved by his Father. Though our culture can tend to treat moral outsiders as if they are worthless—literally, worth less—Jesus does the exact opposite. With his actions and with his words he bends over backwards to make sure all understand that these precious ones are actually worth so much that his Father spares no expense to chase them down and embrace them with his love.

The second reality is that Jesus operates out of an unshakable confidence that he is the Father's beloved. In his encounters with others, it is entirely evident that he has been formed by, and is moved by, the words spoken at his baptism: "This is my dearly loved Son, who brings me great joy" (Matthew 3:17). Jesus does not fear the condemnation of others because he is so firmly rooted in the acceptance of his Father, which he in turn offers to others.