I just knew I was failing miserably, and I had my tallies to prove it
Stephanie Rische 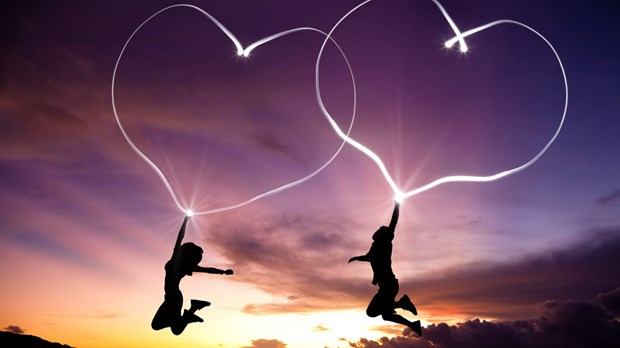 During one summer of my life, I made the ill-fated decision to join a recreational co-ed softball team. Admittedly, it was a match of convenience—I was looking for community, and they were looking for another female to fill one of the slots—but I was confident it was only a matter of time before we hit it off. So to speak.

It quickly became clear, however, that my skills lay elsewhere, and I was delicately asked to be the scorekeeper. I hesitated at first, since I have limited aptitude with numbers, but I figured it had to be better than the outfield. (Believe it or not, you're supposed to keep your eyes open when you catch a fly ball.)

So I learned the ins and outs of keeping stats, and eventually I got pretty decent at it. Except for one thing. Sometimes we'd get to the end of the game and I wouldn't have a clue who'd won. Oh, it was written down right under my nose, of course. But somewhere in the midst of recording strikes and outs and base hits, I managed to lose sight of the big picture. At the end of the day, nobody cared all that much who got walked in the third inning; they just wanted to know if we won.

No Record of Wrongs

At my wedding just over a year ago, the pastor read what might be considered the hallmark passage about love:

Love is patient and kind. Love is not jealous or boastful or proud or rude. It does not demand its own way. It is not irritable, and it keeps no record of being wronged. It does not rejoice about injustice but rejoices whenever the truth wins out. Love never gives up, never loses faith, is always hopeful, and endures through every circumstance (1 Corinthians 13:4-7).

I'd heard the passage read at countless weddings before, but it felt weightier, more pointed, now that I was the target. As I looked into the striking blue eyes of the man standing in front of me, I was especially haunted by that one phrase tucked in the middle: "[Love] keeps no record of being wronged." Would I really be able to keep no record of his wrongs?

I got married later in life, so I'd heard plenty of stories about the need for forbearance in marriage. I had a lot to learn about living with a man, I was told by the women who had gone before me. After all, husbands have a tendency to leave the toilet seat up and snore loudly at night and abandon their dirty laundry in haphazard piles on the bedroom floor. I'd need to make sure I didn't hold on to those grievances, grudgingly keeping track of them like I was keeping some kind of marital scorecard.

Daniel and I have walked through a full year together since we made those big promises under the bright blue sky and flowing white-tulle canopy that August morning. And it's true—I have learned some things about gender differences, and about this man in particular. But shockingly, I've learned even more about myself.

For the first several months of marriage, as we started settling into a new routine, I found myself keeping constant mental tallies about my success (or failure) as a wife:

Made us late to church this week. Take away one wife point.

Said something without thinking that stung my husband. Minus a wife point.

Made dinner out of a box again. Lose another point.

Failed to scrub the toilets for quite some time now. Further in the hole.

Disregarded my husband's needs. Minus another point.

I wanted desperately to be the perfect wife, but I was failing miserably. And I had the scorecard to show it.

All my life I'd been the good girl—striving for the good grade, the memory verse sticker, the perfect attendance. As an adult, I was used to succeeding, measuring up, helping other people who were sick or struggling or down on their luck. I preferred to be in the position of doling out grace like so many casseroles. But receiving it? That felt downright horrifying. It meant a blow to my pride. It meant I wasn't in control. And it meant I didn't have my life all together. In short, accepting grace meant I needed it.

And now marriage was showing me on a daily basis how much I needed grace myself. To be sure, this had always been the case; I just never really saw it before.

In his book The Meaning of Marriage, Timothy Keller offers this insight in comparing the marriage relationship with the gospel:

Do I Measure Up?

What kind of scorecard are you keeping to determine what constitutes a win for you as a wife? What standard do you use to measure your success?

Do you fear that you'll never be able to juggle everything and be the kind of wife or mom you want to be? Do you feel a whisper of shame when you're in the presence of Christians who have a tiny box for what it means to be a woman—a box you'll never fit into? Do you cringe every time you go on Pinterest or Facebook, knowing you're never going to be one of those women?

Those standards—from culture, from families of origin, even from the church itself—are not the benchmarks God uses to keep score. God's scorecard, after all, is the scorecard of love, the scorecard of grace. Jesus has already won the victory on our behalf.

When Paul wrote to the church in Rome, he described a daunting list of trials they might expect to face in this life. And then he offered this encouragement, which gives all of us reason to hope: "Despite all these things, overwhelming victory is ours through Christ, who loved us" (Romans 8:37).

The game is over. The victory has already been won. In Christ, you are enough. So maybe it's time to toss that scorecard and embrace the fact that no matter how hard we try, we'll never be perfect. But Jesus is, and that's enough.

Keeping the Endgame in Mind

I don't want to get so caught up in this scorekeeping gig that I lose sight of the endgame. And it wouldn't hurt to remind myself that when my husband wins, I win; and when I win, he wins.

After all, there's no reason to keep score when you're both on the same team. In Christ, we both win.

Stephanie Rische is a senior editor of nonfiction books at Tyndale House Publishers, as well as a freelance writer for publications such as Today's Christian Woman, Christian Marriage Today, Her.meneutics, and Significant Living magazine. She and her husband, Daniel, live in the Chicago area, where they enjoy riding their bikes, making homemade ice cream, and swapping bad puns. You can follow Stephanie's blog, "Stubbing My Toe on Grace," at StephanieRische.wordpress.com.