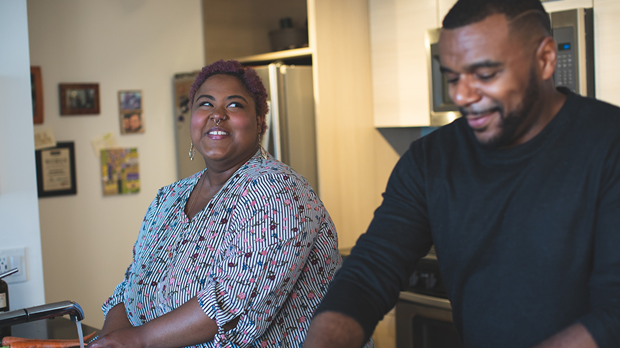 Image: AllGo - An App For Plus Size People | Unsplash

Sixty-two-year-old Nancy glances around the church she's attended for 30 years, fearful someone will realize she's not a godly matriarch, but a fraud. Who am I? she wonders. And am I too old to ask?

Rachelle is 19 and wondering, What is God's plan for me as a woman? Divorced for 6 months, 35-year-old Jodi's bank account has run dry. At least her new job challenges her to grow—but she's still wondering if she can find healing and restoration in her church. And more than anything, both women wonder: What does God think of me?

Every woman—every daughter of Eve—faces an identity crisis at some time in her life. And many of us wonder where we fit in on a regular basis. Women who follow Christ rightly believe God's Word will hold the answers. But what about those seasons in life when we don't fit the typical mold? Does God have a plan for us then? And what might the first woman he created, Eve, tell us about our true identity?

It's not easy being Eve

Maybe you've never thought much about why many of us—probably most of us—feel so fragmented, so not enough, so tired. Shouldn't we be happier, more fulfilled? Shouldn't we feel more competent? Why in the world is it so taxing to be a daughter of Eve?As women from different generations, we've assembled a list of the many roles we've played in life: daughter, sister, wife, mother, friend, church leader, homemaker, writer, missionary, nurse, student, and the list goes on. Go ahead: Add your roles to the list. A woman can be and is many things to many people.

The way we see it, we're getting two competing messages that threaten to destroy the beauty of God's image displayed through his daughters.

Part of the message of the feminist movement of the '60s and '70s was that we should leave home to get a job where we would become infinitely more fulfilled. And while we've pushed and struggled to break the glass ceiling—and much of this has brought wonderful gains for women— we've sadly missed the mark. A woman's place should be valued, whether it is at home or in the public sphere.

Perhaps saddest of all is the power women now feel pressured to wield through their sexuality. University of Michigan professor Susan Douglas lamented in her book Enlightened Sexism that "True power . . . has to do with getting men to lust after you and other women to envy you."

Face-lift, tummy tuck, revealing clothes—striving to be sexier and more desirable consumes the average female. Even the most modest among us are self-conscious. Every daughter of Eve wants to be noticed and celebrated. Yet in return we get a mound of insecurity and the feeling that no matter what we give up to be more desirable, it's never enough.

Surely we can discover who we are in God's house, right? The church has been the source of spiritual healing and wholeness for many women—a place where we experience and live out the hope of the gospel in a hurting world. But for others, the church has become a place where we are often viewed with suspicion and not always given an opportunity to use our voices or our spiritual gifts.

We read the Gospels and marvel at how Jesus exalted the role of women, teaching women alongside his male disciples. Yet we shake our heads, as key figures in church history have painted our predecessor Eve primarily as a temptress rather than God's image-bearer. Something is broken, isn't it? And you and I long for it to be fixed—to be made right again.

Restoring our hope: Eve as ezer

We've got good news for you! The key to women assuming their rightful place in the world—and in God's kingdom—is not far away. It's tucked into the pages of a Bible near you: "The LORD God said, 'It is not good for the man to be alone. I will make a helper [ezer] suitable for him'" (Genesis 2:18, niv).

Picture this: Adam lovingly placed in a garden of exquisite beauty; surrounded by animal couples of every form, color, and kind; with plenty of food and drink; and with a benevolent Creator to enjoy. But following the animal parade in which Adam named the creatures God had created, we get the first hint that things are not as they should be, that God himself isn't satisfied.

Although up until this point God had declared all things "good," he now makes a startling statement in Genesis 2:18: "It is not good . . ." That is, "It is not good for the man to be alone. I will make a helper [ezer] suitable for him" (emphasis added).

Click here to watch a short video of Carolyn Custis James discussing the role of women as "ezers," or "helpers."

Let us be clear: God could have used a Hebrew word meaning "female slave," but he didn't. He might have used any of the Hebrew words meaning "wife," but he chose not to. God offered a strong word, ezer, which is used repeatedly in the Bible to describe how God comes through for his people in a time of desperate need.

Put that on your next job application or medical form under occupation: I'm a strong power. Not only has God identified you as his image-bearer, but he also chose back in the Garden of Eden to identify you as a strong power. Here we find the beauty of an interdependent relationship formed by a God of relationship.

As the "strong power" was created from Adam's side, it became clear that Eve was not another animal, but a perfect ally and companion. The Creation account will soon draw to a close, but before it does, we witness the forming of Eve as God's ideal finishing touch.

Although Adam and Eve would rebel against God's authority, Genesis 3:15 tells us a plan of rescue was already underway in the Garden of Eden. God's plan of reconciliation through his Son sets us free to recover his original intentions for his daughters. What the real Eve of Eden teaches us is this: In God's Kingdom, every woman—no matter her circumstance—can be reclaimed.

This article is adapted from Reclaiming Eve: The Identity and Calling of Women in the Kingdom of God. © Suzanne Burden, Carla Sunberg and Jamie Wright. Used by permission of Beacon Hill Press.