Yet somehow God made all things new
Jeannie Iseman 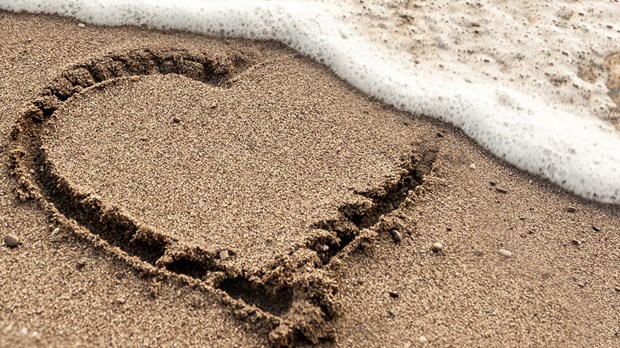 We seemed like your typical happy couple. We were successful in our jobs, active in our community, and held leadership positions at our church. But behind closed doors, we were emotionally detached and unhappy. Over time, I began to travel more as a reason to be away. He said he needed space. I said I was tired of fighting for us. Then he said he didn’t love me. So I asked him to move out.

The very pit of despair became my solace from the world, and it was in the deep that I could rest in the care of the Father.

I never thought it would come to this. I was scared, angry, and exhausted. But instead of seeking help, I chose to tirelessly “manage” my crisis and keep it hidden from those I knew. How was I to explain this to my family, my church, myself? It felt easier to micromanage the situation than to deal with the shame of failure. So I controlled the crisis through lies and self-deception, perpetuating the illusion of an intact marriage to others and to myself. But in just one morning, I lost control of the life I was trying to manage.

While sitting in my office drinking my morning coffee, I received an anonymous email at work explaining that my husband had left me for more than just a lack of love—he had left me for another love. The email detailed how, for years, my marriage had been full of deception and infidelity. I immediately got on the phone to ask him if this was true. Complete silence was his response, as if he couldn’t come to terms with the truth himself. I’d heard enough, so I hung up the phone.

While I don’t remember much of that morning, I recall being walked out of the office by my assistant and being held by her as she flagged a cab for me. I was so tired of trying so hard and failing so miserably. As I sat weeping with her, for the first time, I was exposed. She knew everything, and there was no hiding from the truth anymore. Strangely, it felt good.

When the deep pain became even deeper than I ever imagined possible, I was given a precious gift: an opportunity to see the magnanimity of the Lord. Similar to when God spared Jonah by holding his life captive inside the whale, my time in the deep became an opportunity to experience the calming presence of God. When I felt the weight and intensity of the waves, I also felt his compassion like I never had before. The very pit of despair became my solace from the world, and it was in the deep that I could rest in the care of the Father.

Having to be cared for in a time of crisis and being truly known by others was far from the life of control I’d aimed for. As I began to let go of this idol of control, the Lord came near, and he destroyed any need for space between his gaze and mine. I started attending a new church and connected with women weekly for healing prayer. I also began seeing a therapist, and by identifying strongholds of sin in my life, I could now own my share of responsibility in the severing of our marriage. I had a community that felt my pain, knew my whole story, and still loved me.

Slowly, the veil of shame was lifting, and I was able to see more clearly. I came to realize that while the Lord loves marriage, he desired wholeness in my life whether I was married or divorced. My marriage had become an idol to me—but I realized I had to allow for God to work through my life and be open to whatever wholeness might look like. God is mysterious and I learned to submit to that mystery, especially when I didn’t know what would happen in my marriage.

As I began to let go of this idol of control, the Lord came near, and he destroyed any need for space between his gaze and mine.

During that time, I got to know other families and couples who walked alongside me in my pain and whose own marriages had ended in divorce. I don’t discount their stories because I know redemption in this life comes in many forms. While I continued to have hope that my own marriage could be restored, I still had fresh wounds in need of healing and I didn’t know how or what that restoration would look like. Would restoration mean a healed marriage? Or might it mean God’s healing in my own life as a divorced and single woman?

That fall, I found out my husband had begun attending my church. I asked him for space to heal, so we attended different services. But one Sunday, he found me between services and explained that he was coming to know the Lord in a new and profound way. While I kept an emotional distance, I also felt a sense of compassion for him that I hadn’t felt in a long time. By that winter, we began to speak of marital reconciliation and discussed the possibility of ending our seven-month separation.

Incredibly, over time, our marriage was saved. Like the disciples on the road to Emmaus, when our marriage was near the end and all hope was lost, the Lord met us with his love and compassion, and our hearts stirred within us as a hope for salvation was renewed (). We began to make decisions in partnership with each other, built in accountability structures, and met with mentors and counselors for healing prayer. Like the disciples having just walked away from the events at Golgotha, our marital wounds were still fresh and painful, yet an encounter with Jesus instilled a new hope in us and our lives were forever changed.

Are you in a hurting marriage? Have you given up hope? Cling to this truth: God is ever faithful and promises goodness and mercy to those who seek him.

That next spring, we renewed our marriage vows. Our marital covenant with each other had been broken by sin, separation, and apathy, so it was important to us to start afresh with a symbolic renewal of our promises. We knew we were also returning from a season of distance from God, so we also renewed our baptismal vows in front of our church community as a symbolic cleansing from sin and hopeful return to the Father.

It’s been nearly six years since our fresh start. We now have two daughters named Emmaus Mary and Moriah Joy; their names are testimonies of how hope was found anew by his presence () and how the Lord provided (). We also embrace the : “I will restore to you the years that the swarming locust has eaten” (2:25, ESV). We suffered a lot from our own choices, but we received far more through God’s grace. The wounds of the past have been healed, but the scars will remain. It’s a reality we accept, and we are grateful for the scars that serve as reminders of God’s everlasting mercies.

I pray this story of redemption will bring peace to those who are suffering and feel like they’re in the pit of despair. Are you in a hurting marriage? Have you given up hope? Cling to this truth: God is ever faithful and promises goodness and mercy to those who seek him.

Jeannie C. Iseman lives in Wheaton, Illinois, with her husband, Nate, and they have two beautiful daughters, Emmaus Mary and Moriah Joy. She is a yoga instructor at Wheaton College and serves as a worship leader at Church of the Resurrection in Wheaton.