The secret that can unlock deep intimacy in marriage
Dr. Juli Slattery 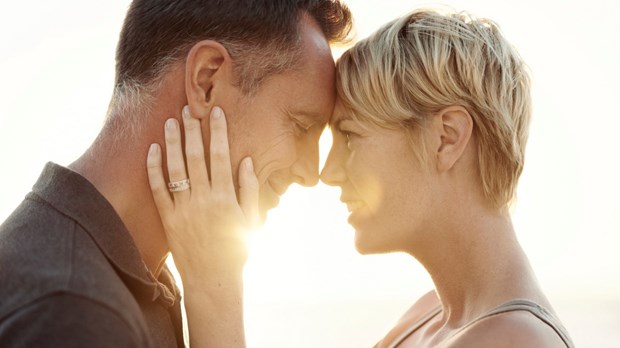 If you want to start a hot conversation among Christian women, bring up the word submission. You will likely hear heated opinions about what it means, whether it applies today, and practical questions about situations like abuse in marriage. As a clinical psychologist and a Christian who believes that the Bible is the authoritative Word of God, I've wrestled with this topic of submission while counseling women and couples through some deep waters.

Submission in marriage is one of those biblical teachings that can aggravate and anger Christian women. Some end up concluding that either the command for the husband to be the leader is for a different time and culture, or that the teaching is simply not reasonable for the modern-thinking woman. Although the Bible was written in a certain place and time, it represents unchanging truth that calls and equips us to be servants of God in every area of life, including marriage. Even on topics that make us bristle.

Click here to sign up for TCW's free Marriage Partnership e-newsletter for weekly updates and encouragement through the joys, trials, and tribulations of marriage.

I've come to embrace that not only is the biblical teaching on marital submission true for today, but that it's a treasured secret that can unlock deep intimacy in marriage. Before you write me off, please know that I am a woman who loves to think. I have not turned off my brain in coming to this conclusion, and I don't want you to turn yours off either.

Submission is about power, not weakness

I was drawn to my husband, Mike, because, along with being a man of integrity, he was a lot of fun. He loves to talk and enjoy life, while I'm always thinking and working. During our years of dating, Mike would do crazy things that made me laugh and would challenge me to relax. This was very attractive while we were dating, but it set us up for conflict once we got married.

How could I submit to a man who was "less of a leader" (in the traditional sense) than I was? I was the planner, the responsible one. To make it more complicated, I was a psychologist—an "expert" in marriage and family. Shouldn't I take the lead in disciplining our children and setting the course for our family? If I took a back seat, wouldn't I be compromising who God made me to be? Wouldn't I be pretending to be stupid when God had given me knowledge and wisdom?

One concept unlocked this challenge for me: Submission is not about me being weak, but about me becoming aware of my power. Although women are not often the main characters in most Bible stories, we can learn a lot about God's design for women by studying how they impacted men in Scripture. God created women with a subtle but undeniable power in intimate relationships. Think of it this way: The strongest man who ever lived (Samson), the wisest man who ever lived (Solomon), and one of the godliest men who ever lived (David) were all compromised by the power of women. In these situations, feminine power was used for harm, but it was designed to be directed for great good.

God created wives to be a "completer" or "helper" of husbands. A wife has incredible power through her words, her attitude, and her sexuality. Solomon acknowledged this when he penned this Proverb, "A wise woman builds her home, but a foolish woman tears it down with her own hands" (Proverbs 14:1). A wife's power is always being used to either build or to tear down.

God's instruction to submit to my husband asks me the question, Juli, what are you doing with your power? God instructs me to submit, not because he sees me as weak, but because the power I have in my home can be a destructive force if I am not wise with it.

Weak women are not God's design

In 1 Peter 3:1–6, the author tells wives that they can be powerful in winning their husbands through a quiet and gentle spirit. In case the stereotype of a weak, silent woman comes to your mind, look at who Peter cites as an example of such a woman: Sarah, Abraham's wife. Have you ever read about Sarah and Abraham? Sarah was not a quiet woman. There are many times recorded in Genesis where Sarah spoke her mind. Sometimes she was right while other times . . . not so much. But if she is our example of a submissive wife who was a blessing to her husband, then a quiet and gentle spirit certainly doesn't mean being weak and silent.

Submission is not the same as unquestioned obedience. The Greek word we translate as "submit" was often used in a military context. For an army to be successful, the power and intelligence of the troops must yield to the authority of those directing the mission. Just as there are times to say no to a boss or a governmental authority, a wife's submission in marriage isn't blind. It is a wife's willful choice to support the strength and leadership of her husband.

Even within the context of submission, a wife is still responsible for her actions. In Acts 5, a husband and wife together chose to lie to Peter about a piece of land they sold. Ananias, the husband, was given a chance to come clean. When he lied to pastor Peter, he was immediately struck dead. A few moments later, his wife Sapphira was given her own chance to tell the truth. Her complicity with her husband's sin resulted in her death. Peter, who in his letter tells wives to be submissive, didn't excuse Sapphira because she was following her husband's leadership. He held her accountable for her own choice to lie.

Throughout Scripture, we see examples of women who did nothing to stop their husband's sin. They and their children were often part of the collateral damage of their husband's sinful choices. Consider a man named Achan who buried spoils of war under his tent. His whole family was killed!

The Bible also highlights some brave women who interceded in their husbands' sin rather than mindlessly supporting disastrous leadership.

The Bible also highlights some brave women who interceded in their husbands' sin rather than mindlessly supporting disastrous leadership. One of my favorites is Abigail, whose story is recorded in 1 Samuel 25. Abigail "was a sensible and beautiful woman" but her husband "was crude and mean in all his dealings" (25:3). Abigail's husband was named Nabal which literally means "fool." Nabal, the foolish husband, made a decision that put his whole family in danger. David had every intention of killing the entire clan. Abigail interceded (without her husband's consent), speaking directly to David. Here is what she said: "I know Nabal is a wicked and ill-tempered man; please don't pay any attention to him. He is a fool, just as his name suggests" (25:25).

There are many intricacies to this story—it's worth reading and studying yourself! But here is an important take-away: There are times when a wise and godly woman stands up and even contradicts the leadership of her husband. Those situations are not based on stubbornness, pride, or selfishness. Instead, they are in response to circumstances that are dangerous, sinful, or dysfunctional, such as addictions, abuse, mental illness, and violating God's standard.

I think of submission as empowering, not enabling. A wife who refuses to use her power is just as destructive as a wife who dominates with her power. They both are distortions of God's design for marriage.

Submission is ultimately about trusting God

God's design for a husband's leadership in the marriage relationship calls both a man and woman to step into an area of insecurity. As much as a wife might hesitate to trust the leadership of her husband, guys have their own fears.

I think of submission as empowering, not enabling. A wife who refuses to use her power is just as destructive as a wife who dominates with her power.

A fundamental concern of every man is the fear of failure. Your husband wants to be your hero. He wants to look strong and capable as a leader. The problem is, you know he's not "all that." You've seen him make bad decisions, you know his weaknesses and how miserably he is capable of failing. Why would you trust him? This intimate knowledge gives you the power to expose your husband's weakness like no one else in the world. He can pretend for everyone else, but not in front of you.

God's direction that a man step into leadership with his wife is as much of a threat to him as it is for her. Add to God's expectations that he is supposed to lead unselfishly and lovingly. What if he fails? It's much safer for him to sit back and follow, and that's exactly what many men choose to do. He may be a leader at work or in the community but in his own home he may play it safe, letting his wife take the risk of leadership. If a man does lead, he may do so with a dictatorial, controlling tone that disguises his insecurity.

I love what columnist Margo Kaufman observed: "The only thing worse than a man you can't control is a man you can." You will never feel satisfied being married to a weak man. For the sake of the allusion of safety, many marriages compromise the intimacy of God's design— intimacy that comes from a powerful woman building into the confidence of her husband.

There is nothing more attractive to me than watching my husband step into the role of protecting and leading our family. Without compromising one iota of my strength and abilities, I revel in contributing to the man he is becoming. Every day presents me with a handful of opportunities to either build my husband or tear him down. How I pray for him, how I respond when we disagree, and even my non-verbal communication play a part in calling out the hero in my husband. I've had days, like most wives, when I've chafed at the thought of trusting Mike. But then I remember that ultimately I'm trusting the Lord.

Submission is a tough word, and it makes a lot of us cringe. But the world's advice to stake your claim and strut your stuff just doesn't work. Trusting the Lord always requires faith. However, trusting God's design for marriage is not blind faith. God's commands to us are not arbitrary, but are based on his intricate knowledge of how marriage thrives. And just as Christ laid down his life for ours, when husbands and wives—and all people, married or not— submit to one another, we're exemplifying the ultimate act of love—submitting ourselves out of love and respect for each other.

Juli Slatteryis a TCW featured contributor, and a widely known clinical psychologist, author, speaker, and broadcast media professional. She co-founded Authentic Intimacyand is the co-author of Passion Pursuit: What Kind of Love Are You Making?