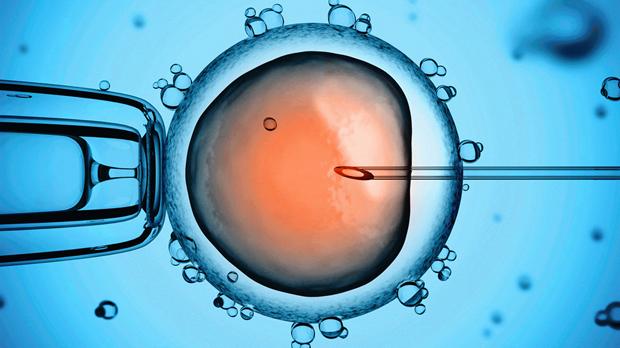 In 1978, Louise Brown became the first child to be born using in vitro fertilization (IVF), the process of manually combining a sperm and an egg in a laboratory dish and then transferring the embryo into the woman’s uterus. Thirty-two years later, one of the scientists who pioneered this technology, Robert Edwards, won the Nobel Prize in Medicine for developing this procedure.

Today, reproductive technologies such as IVF, along with surrogacy and egg or sperm donation, have become woven into the cultural fabric of how Americans treat infertility.

Billions of Dollars From. . . Babies?

Reproductive technology has also become a significant source of revenue. As of 2007, the infertility industry was a $6.5 billion business in the United States alone, according to Genetic Engineering and Biotechnology News. The average cost for one IVF cycle ranges from $12,000 to $15,000, although many couples spend a good deal more as they attempt additional cycles in order to conceive. Surrogate mothers can earn more than $20,000 for carrying a child. And while payment for a typical sperm donation is less than $100, egg donors receive $5,000 to $10,000 (and sometimes even more) according to a 2010 report by The New York Times.

As of 2007, the infertility industry was a $6.5 billion business in the United States alone.

In 2012, The Center for Disease Control and Prevention revealed that use of reproductive technologies has doubled in the past decade, stating that more than 65,000 infants were born in 2012 alone as a result of these technologies. Jennifer Lahl, president of the California-based Center for Bioethics and Culture, says that 700,000 embryos exist in freezers across the United States, the result of fertility clinics creating more embryos than needed in case the initial transfer isn’t successful.

Lahl has explored the consequences of reproductive technologies for the last 14 years. Her documentary films Eggsploitation and Anonymous Father’s Day focus on the repercussions of selling eggs and sperm, while her film Breeders tells the stories of several surrogate mothers.

Lahl worked as a pediatric critical care nurse and hospital administrator before earning a master’s degree in bioethics. She’s been interviewed by myriad radio programs and national television networks, and she has also spoken at Senate hearings on Capitol Hill as well as to members of the European Parliament in Brussels about these issues. Many European countries, including Austria and Italy, ban egg and sperm donations for IVF. And with the exception of Ukraine, surrogacy is banned in nearly every European nation.

The Difference Between "We Can" and "We Should"

“When speaking about these issues, I raise the important questions,” Lahl explains. “I don’t ask whether we can forge ahead with these technologies, but should we? Is this the way we’re supposed to make babies in the twenty-first century?”

For Lahl, the answer is no. This makes her somewhat of a loner among evangelicals, whose perspectives on the various forms of reproductive technologies can vary greatly.

“One of my frustrations with the church is that its leaders have done an insufficient job of helping people to think through these issues,” says Lahl. “When is the last time you heard a sermon preached on infertility and the barren womb? We’re happy to talk about being mothers and fathers, but we don’t ever talk about what happens when children don’t come. As a result, we’ve unwittingly embraced technologies that are problematic from a moral and health aspect.”

Lahl explores both aspects in her films—interviewing surrogates, for example, who were pressured to abort babies after learning their fetuses had complications such as Down syndrome or other defects.

She also reveals how universities across the U.S. use advertisements to attract egg donors who, because of their age, represent the ideal demographic for egg harvesting. However, these advertisements don’t reveal the inherent dangers and consequences of this procedure. Some women who have donated eggs experience distended abdomens and suffer strokes. Others have experienced severe ovarian hyperstimulation syndrome after taking medication to stimulate ovulation, which can result in ovary torsion (when an ovary becomes twisted). Still other egg donors have lost their own ability to conceive naturally because of complications from the procedure.

Lahl also has interviewed children of sperm donors who long to know their fathers and their family history. In many cases, donors admit their choice to sell their sperm or eggs was primarily motivated by the financial compensation they received. Many desperately needed money.

For women in particular, the way our culture has come to view the womb is particularly troubling. “The womb has become a place for rent,” Lahl says. This stems in part from a shift in viewing children as a right instead of a gift, she continues. “So if I have the money and technology at my fingertips, then I have the right to have a child.”

This way of thinking should give us pause to wrestle with the fact that God blesses us all with different gifts, she believes. “Sometimes in marriage those gifts and blessings come in the form of children, and sometimes they don’t. And if they don’t, how do we stop and say, ‘God has something else for me’?”

For those whose lives were made possible through reproductive technologies, Lahl is quick to clarify that she believes their birth occurred because God allowed it to be so.

“I don’t take issue with the baby, but how that baby came to be,” she says. “I draw a bright line at what I describe as third-party reproduction. I don’t think you can make a moral, ethical, or theological argument for a husband and wife to use someone else’s body to make their children. With surrogacy or egg and sperm donations, you’ve allowed another person’s body, someone else’s DNA, to become part of the intimacy that should only be shared between a husband and wife.”

Lahl also opposes IVF because of its potential health risks. For example, after she was interviewed by Dr. Oz, Lahl says one television viewer contacted her to share she’d been diagnosed with Non-Hodgkin lymphoma. Until watching Lahl on the show, the woman had no idea that Clomid, a commonly used fertility drug she’d used to conceive her children, has been linked in some cases to an increased risk of Non-Hodgkin lymphoma as well as thyroid cancer. Fertility clinics don’t always fully outline risks of medications and procedures, Lahl says.

Other Christian bioethicists take a more nuanced approached when it comes to IVF’s acceptability. Carrie Gordon Earll, Senior Director of Issue Analysis for Government and Public Policy at Focus on the Family, says her group doesn’t take a hard stance on whether couples should use IVF, but offers guidelines for Christians to consider as they navigate whether to try the procedure in order to conceive. To start, Focus on the Family advocates that all couples considering IVF be in a married relationship.

Additionally, Focus on the Family does not condone third-party involvement in IVF. “We don’t support using donor gametes or a surrogate mother,” Earll explains. “We also believe couples should only fertilize the eggs that can be safely implanted, so they don’t have an abundance of embryos being created.”

To this point, Earll also says that Focus on the Family strongly recommends that couples who decide to move forward with IVF make sure they’ve received informed consent about the process.

These complexities are an invitation for Christians, no matter how far along they are in their faith journey, to seek God.

“We’ve had people call us and say, ‘We did IVF and four years later we have our family, but we also still have 10 frozen embryos, and we don’t know what to do with them,’ to which I reply, ‘Didn’t the IVF clinic tell you at some point that you were going to have these extra embryos?’”

According to Earll, their response is usually “No” or “We didn’t think about that.”

“It’s concerning to have people engaging in an unregulated industry,” Earll says. “Focus on the Family is not big on government regulation, but you certainly need to make sure people are getting standardized information about their responsibilities, because you’re creating children, some of which remain in a frozen orphanage.”

One U.S. adoption agency has taken steps to address this issue. Nightlight Christian Adoption’s Snowflakes Embryo Adoption program is the first of its kind, allowing couples to donate remaining embryos in order for others to adopt them and give birth to their adopted child. Since 1997, when Nightlight pioneered the program, 550 embryo adoptions have been completed.

Focus on the Family supports this initiative, Earll says, because it offers “a pro-life response to a situation where we’ve let technology get away from us without moral, biblical guidelines.”

Embryo adoption is an option for the fate of the hundreds of thousands of embryos that currently exist, says Lahl. “[Yet] I think those working in the embryo adoption space ought to be helping to drive policy to not allow embryos to be frozen in the first place,” she continues, adding that federal law in Germany prohibits freezing of embryos altogether.

“All bioethical issues should remind us that God invites us to seek him. . . . ‘Come seek me. See what I have for you in this.’”

Earll believes these complexities are an invitation for Christians, no matter how far along they are in their faith journey, to seek God. Focus on the Family’s role is to give godly counsel, realizing they’re accountable to God for what they share with others, Earll says. “But ultimately, people are in relationship with God, and they need to be accountable to him as well,” she continues. “All bioethical issues should remind us that God invites us to seek him. Whether it’s infertility, an unplanned pregnancy, a terminal illness, or a disability, it’s all part of human frailty. But amid that is a call from the Almighty saying, ‘Come seek me. See what I have for you in this.’”