The dangers of cyberbullying
Brittany Bergman 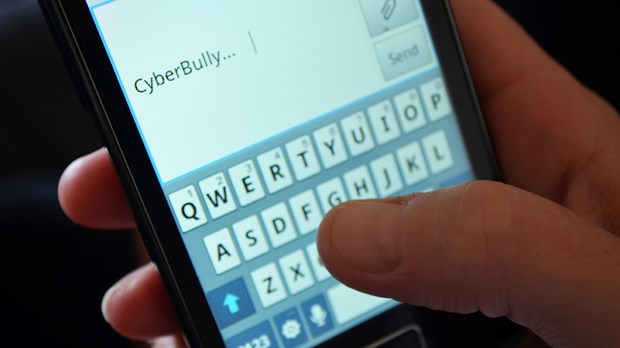 "In March we got a call from her school that we needed to meet with the principal and the dean in the office, and that Chloe* was in some sort of trouble. We were told that she had been self-injuring, and had actually mutilated her whole upper right leg,” says Sheli Tucker*, whose daughter Chloe has been the victim of bullying—both at school and online.

We often think of bullying as something that happens at school or among children, with classic manifestations like hitting, teasing, name-calling, spreading rumors, or threatening harm. But bullying is not limited to school-age children, nor is it contained solely in face-to-face interactions.

With the rise of technology and social media, we’ve seen the advent of a new kind of aggression: cyberbullying. This phenomenon is certainly prevalent among children: according to the National Crime Victimization Survey, an estimated 2.2 million students—which is slightly larger than the population of Houston—experienced cyberbullying in 2011.

“Parents think it’s just ‘innocent’ schoolyard teasing, but it’s not. When a child is pushed to self-mutilation, it’s not innocent anymore,” explains Sheli.

In addition to school-age children, the often-silent victims of this new wave of bullying through social media are actually adults.

In addition to school-age children, the often-silent victims of this new wave of bullying through social media are actually adults. MedicineNet.com reports that nearly 75 percent of adults have been the victim of cyberbullying. According to USA Today, a recent study done by the National Library of Medicine of the National Institutes of Health showed that 10.7 percent of respondents have been cyberbullied at work. Though it does not provide raw numbers, the Cyberbullying Research Center says it actually receives more inquiries about coping with being bullied from adults than from kids.

In Chloe’s story, it began simply enough: when Chloe was in seventh grade, Sheli and her husband decided it was time for her to have a cell phone for after-school sports and emergencies.

“We put in place what we thought were good boundaries. The phone didn’t have Internet, but it did have texting and email. We checked her emails often, and we monitored her contacts to make sure we knew who was in there.

“This past December, we noticed that Chloe’s mood started changing, and she didn’t want to be around the family anymore. She started isolating herself in her room, and she became very moody and reclusive. We assumed it was seventh grade hormones.”

It was that following March when the Tuckers received the news from Chloe’s school that she had been self-mutilating as a coping mechanism for facing bullying.

“We took her home, and we just poured grace over her. We were so scared; we didn’t know what was going to happen to her."

“Over the next few days, we uncovered that there was a group of kids at school that were texting her and sending her emails telling her to kill herself, telling her that she wasn’t worth anything, and that because she didn’t wear the right jeans she wasn’t rich enough. Anything that you could tell a middle school girl to tear her down, they did,” Sheli describes. “We found out that had been happening since December, so for about three months it had been constant, and she’d been hiding it. She deleted all the texts that came in because she was afraid she’d get in trouble for giving out her number.

“We took her home, and we just poured grace over her. We were so scared; we didn’t know what was going to happen to her. We put her on a suicide watch because we didn’t know just how deep this pain was,” Sheli says.

The Impact of Cyberbullying

The pain Chloe suffered as a result of cyberbullying was enough to drive her to the point of harming herself and even contemplating suicide. Though distinct from more “traditional” forms of bullying, cyberbullying can be even more traumatizing for those who endure it. According to the Fund for Civility, cyberbullying can cause increased risk of depression, anxiety, and social isolation. Many victims of cyberbullying are more likely to call in sick to work or school than non-bullied peers, which can result in frequent absenteeism, dropping out of school, and higher staff turnover in the workplace.

Many psychologists believe that cyberbullying can actually be more emotionally and mentally damaging than face-to-face bullying encounters. Sam Farley, a doctoral researcher at the University of Sheffield, writes in his study for Cybersmile.org that because the victim experiences cyberbullying in spaces that are typically considered “safe,” such as the home, it can feel as though there is no place where the victim can truly be protected. He also notes that, in contrast to face-to-face bullying, cyberbullies don’t see the immediate impact their actions have on the victim, which can “reduce empathy and increase misunderstandings.” And because of the public nature of some forms of cyberbullying, the victim may experience even greater humiliation.

After receiving the news about Chloe’s struggle with cyberbullying and the events that drove her to self-mutilation, Sheli and her husband did everything they could to help Chloe begin healing. Upon learning from the school that the children who instigated the bullying were merely given “reprimands” but no real consequences, they decided to pull her out of that school and homeschool Chloe for the remainder of the year.

. . . because the victim experiences cyberbullying in spaces that are typically considered “safe,” such as the home, it can feel as though there is no place where the victim can truly be protected.

“We found a therapist right away so we could get her evaluated. But in the end, we didn’t go the traditional therapy route. Unfortunately, it was hard to find a good, Christian therapist who would speak to this. We found a secular therapist, and one of the first things she said was ‘This is very normal in teenagers.’ And I said, ‘No, this is not going to be our normal,’” Sheli says.

Finding a mentor for Chloe has also been monumental for her healing, explains Sheli. “As a 13-year-old girl, you can feel embarrassed to tell your mom everything, so to have another safe person in her life that can pour into her is so important.”

Sheli worked with her husband to develop a list of close friends and family who their children can call anytime, day or night, and that person will be there for them. That way, if they don’t want to talk to their mom or dad, they can reach out to another safe support and someone will help.

Sheli and her husband have also set more boundaries on friends and technology. For example, Chloe doesn’t sleep over at her friends’ homes, but she can have friends over to her own home. She no longer has access to a cell phone, but Sheli says Chloe doesn’t even want it back. None of Sheli’s children are on Facebook, and their personal email accounts are monitored even more closely than before.

“As a parent, I don’t think you can be overprotective about technology at all. I don’t agree with parents who say, ‘I want to respect their privacy.’ It’s in that privacy that Satan works. It’s just another avenue for evil to enter their lives,” Sheli says.

What Can You Do?

If you or someone you know is being victimized by cyberbullying, do not be silent. Here are four steps you can take to prevent or stop cyberbullying:

“To those kids they call ‘snitches’ and ‘tattle tales’ [for sharing when a child is hurting themselves or being bullied]—that’s what mercy looks like.

Bullying can be traumatizing to victims of any age. Do not be ashamed to seek help and comfort from a trusted friend, mentor, parent, or counselor. You may feel isolated or stigmatized, but don’t give in to the lie that you are in this alone.

With a heart of thanks, Sheli says, “To those kids they call ‘snitches’ and ‘tattle tales’ [for sharing when a child is hurting themselves or being bullied]—that’s what mercy looks like. Those are the kids that save each other. Be that person who tells the principal or another adult that something is wrong. If you know someone that’s being bullied and you can’t stand up for them, tell someone who can.”

As Christians, as adults, and as human beings, we all need to be aware of how our actions and words have the power to build up or tear down. It seems to be a growing trend that what a person may not say to the face of another for fear of insulting, hurting feelings, or coming across as rude, has become fair game on the Internet. Consider your words carefully before you share your opinion. (For more tips on respect and etiquette on social media, see Laura Turner’s article, “How to Have #CivilDiscourse Online.”)

Sheli finishes Chloe’s story with this poignant thought: “Let’s stop pretending that everything is okay. Let’s start having real, honest conversations with each other. When we show each other our pain, it’s there that we can find honesty and authenticity.”

Brittany Bergman is a freelance writer and editorial intern at Today’s Christian Woman. You can follow her on Twitter @BrittanyBergs.