. . . even when you’re married
By Allison Vesterfelt 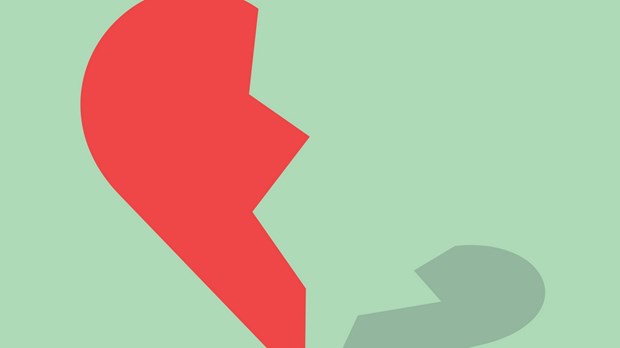 It was a hot day in July when I met Ben—standing outside a coffee shop in northwest Portland where I lived. He stood tall and broad. I was wearing a long, flowing dress that hugged my figure, blue like my eyes. I remember because of how I felt when I realized he was looking at me. It was that strange and wonderful sense of being noticed.

We exchanged a few short, curious glances before he struck up a conversation—a conversation that ended with him asking me to dinner.

Over the next six months, we fell in love.

We went to dinners and wine tastings, and we talked on the phone for hours. He traveled for work and I traveled for fun, so when we couldn’t talk in person, we exchanged blushing emails. We discussed our favorite music, favorite books, and places we wanted to live when we “grew up.” We shared our dreams with each other, encouraged each other, and always looked forward to coming home.

Then, just about six months into our relationship, he told me it wasn’t working.

This, of course, was the last thing I was expecting. I was floored by his admission because I didn’t agree. Not by a long shot. But I was also overwhelmed by the sensation that there was nothing I could do to change his mind.

So we moved on.

I obsessed over what did happen and what could have happened and what would maybe happen someday if he would ever give me another chance.

Or, I should say, he moved on. Not me. I lingered. “Clenched” might be a more appropriate way to describe it. I obsessed over what did happen and what could have happened and what would maybe happen someday if he would ever give me another chance. I stalked his Facebook profile and spent hours obsessing over who he was with and what he was doing and what he might be thinking, all while lying awake in bed, terribly lonely.

Then, I met my Darrell.

He was confident and wise, and he reached out to me first, which made me feel secure and chosen like he would never leave me the way Ben had. He was certain, calculated, and direct. He was so secure in himself that he didn’t even flinch when I unloaded all of my baggage on him. I gave him reason after reason to move on, but he never did.

So, despite the fact that I was a little timid, I gave him my yes.

I secretly hoped marriage would fix it, could erase it, would be the only thing powerful enough to take this incredible burden away. Of course, that’s not what happened. There’s no such thing as pretending to let go. There’s no possible way to fake it.

Truth always rises to the surface.

And so one day, during an argument, those words I had worked so hard to suppress finally wiggled their way to the surface—like a beach ball I’d been sitting on under water all that time.

I had never let go of my ex-boyfriend.

When I admitted this aloud to my husband, I waited for him to tell me this was the last straw. This was the final reason he needed to reject me, once and for all. Instead he said, “What are you waiting for? The only one who can let go is you.”

In that moment it became abundantly clear to me: he was right. Letting go was my choice, and no one else’s. It wasn’t all going to happen in a single moment. And I was going to have to do the work. But waiting for something to happen to me in order for this burden to go away was a completely fruitless endeavor.

The freedom I craved was within my power—the unclenching I so desperately wanted was within my reach. Over the course of the next several months, here are four things I learned to do:

1. I Learned to Change the Story I Told Myself

“What are you waiting for? The only one who can let go is you.”

When I met Ben, I was convinced God intended for us to be together. All the “signs” were there—the mystery of our meeting, the timing in my personal life, even his height and his eye color were “confirmations” of the story I was telling myself: someday we would get married and be together forever.

So I interpreted everything that happened through the lens of this story. Even after we split up, I would take the smallest thing and turn it into a “sign” we were supposed to get back together. I was so wrapped up in the story I thought should be happening that I missed the story that was actually happening right in front of me.

Ben wasn’t in my life. He wasn’t committed to me. He didn’t want to marry me.

Meanwhile, someone else did.

And I had a decision to make about that—a decision that wouldn’t just take place on my wedding day, but one I would make and remake each day of my life.

2. I Learned to Take People off Their Pedestals

This didn’t happen overnight; it’s a daily practice. But I am learning to take people off of their pedestals in my heart and mind.

When we take people off their pedestals, something amazing happens: we can forgive.

When I took Ben off the pedestal I had him on in my heart and mind, I realized he was just human. He had made mistakes. And you know what? I had made mistakes too. We often get so angry when people fall off of their pedestals—but we forget we were the ones who put them there in the first place. Taking Ben off of his pedestal helped me forgive him and forgive myself, which ultimately helped me move on.

3. I Learned to Move My Body in the Direction of Release

We often get so angry when people fall off of their pedestals—but we forget we were the ones who put them there in the first place.

For example, my friend Bob Goff, who is a lawyer, suggests that his clients engage in their difficult negotiations with their hands stretched out in front of them, palms up. This simple body movement symbolizes openness, friendship, and a surrendered spirit. Whenever he’s working with clients, he says, “Palms up!”

So one of the things I started doing was praying every morning with my palms up. This was not magic, but it did symbolize a posture of surrender and letting go. I prayed that God would help me to let go of the things moving out of my life and feel deep gratitude for what was coming in. Slowly, I began to receive an image of a river—constantly moving, but always abundant.

I gradually realized I didn’t have control over Ben—or anyone else for that matter—but that I could feel truly grateful for who he had been to me in that specific season.

And ultimately this image—a river, constantly flowing and always abundant—was a reassurance of the endless source of true love I have in God.

4. I Learned to Not Make an Enemy of Him (or Anyone)

In my panic over not being able to let go, I made an enemy of Ben. I villainized him in my mind and told myself things like, “If he doesn’t want me, he doesn’t deserve me!” But eventually I learned that my anger toward him was keeping me as attached as my adoration was.

I didn’t need to make an enemy out of him in order to let go. In fact, I needed to forgive him.

Again, this didn’t happen overnight. Forgiveness has been a process—and a painful one at that. But over time forgiveness has come as a combination of all the things I’ve already described—changing the story I told myself, waking up to my own participation in our mess, cultivating gratitude for the gifts already present in my life, and beginning to see how none of us are really enemies. How love starts with me.

And how I had everything I needed to let go all along.

Allison Vesterfelt is a reader, writer, thinker, and dreamer who is the author of Packing Light: Thoughts on Living Life with Less Baggage. She is from Portland, Oregon, but lives in Nashville, Tennessee, with her husband, Darrell. Connect with her at AllisonVesterfelt.com or on Twitter at @allyvest.