Following God’s lead through all seasons of life
Diane Paddison 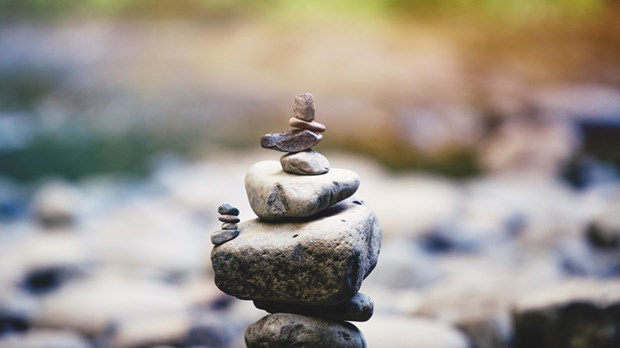 A rocky career start, a handful of jobs, and deciding to leave the corporate world after a few decades in it—this wasn't exactly the career path I had planned.

When I was just starting out, I had what seemed like a pretty simple career plan: get the best education I could, land the best job I could get, and then work like crazy. Period. I envisioned my career like a single, long, straight path that I would run as hard as I could. I would put faith first—and family, too, when the time came—but at work I would always be running to win.

Or so I thought.

The first phase of my life went pretty much according to plan. I did well in school, worked a few years, and got into a great business school. But as graduation approached, I had a problem.

I worked hard, but it was obvious the job and the company were not the right fit for me. So when an opportunity presented itself, I moved on. And then shortly thereafter, I did it again. Careers can be messy that way, especially when you are just starting out.My classmates were accepting flashy jobs at big companies in New York and Houston and Los Angeles, but my husband was in Tulsa, Oklahoma. The best job I could find in Tulsa was an entry-level consulting job at Arthur Young. Not flashy, not exciting, not impressive. Definitely not what people at Harvard Business School are expected to answer when asked about their post-graduation plans. But I had made a commitment to my husband to be in Tulsa, so I swallowed my pride and took the job.

Job number three stuck, but life can be messy too, and by the time I was really settling in to my career in commercial real estate, my marriage was ending and I was looking at work in a whole new way. As a single mom I wasn’t just working to “win” anymore; now I was working to survive.

My job took me to Dallas, where I threw myself into stabilizing my children and my career path. And I did, for a while, until things got messy again. This is just the course of life and work: there are starts and stops and ebbs and flows, and you can’t cling rigidly to any one path or pace. There are times when it makes sense to push hard at work, to lean into that next promotion or project, and other times to hold steady at work in order to focus more energy and attention elsewhere.

To further complicate matters, as my career has progressed I’ve found myself led in totally new and unexpected directions. Leaving day-to-day corporate work at the age of 55 was not a part of my original plan, but here I am, moving into a whole new phase of life and work. In many ways, I feel like I’m just getting started—and I’ve learned a few things along that way that might help you throughout your different seasons of life.

Join the conversation
Read as Single Page
Page 1 of 4