How you can better engage with 50 percent of the U.S. population
Joy-Elizabeth Lawrence 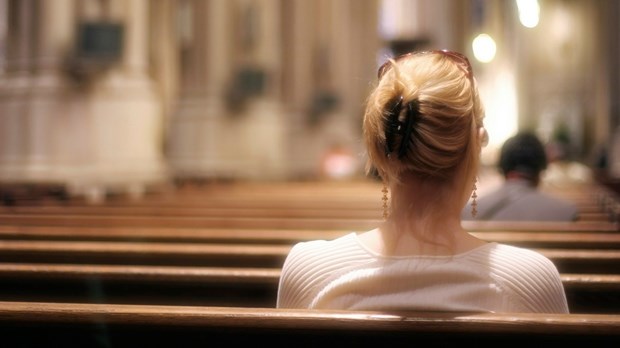 When I was a child, I remember scanning the congregation during boring moments of the sermon. I was looking to see who had their arm around whom. I observed that, sometimes, husbands put their arms around their wives, sometimes wives put their arms around their husbands, and sometimes the couple sat too far apart to show such affection. I didn’t even look at the single people to see how they sat. And from what my single friends have told me, this experience of being overlooked (even by a restless child) is indicative of the single experience in the church.

More than 50 percent of the adult population (older than age 16) is single.

This past August, according to the Bureau of Labor Statistics, more than 50 percent of the adult population (older than age 16) is single—a statistic up from 37 percent in 1976. Is this represented in our congregations? When you scan your congregation during boring moments in the sermon (or if you’re behind the pulpit or microphone and you look out), who do you see? What is the single experience in the church today, and how can those of us who are married help the church become a more welcoming place to those among us who have never married or are divorced or widowed? Though it may seem like a difficult task, there are small, intentional ways we can include everyone in the church community fold.

Because I wed soon after college, I’ve spent little time in church as a single person. However, I have had several lengthy conversations with friends like Karen and Kristie who shared with me experiences and ideas about singleness and the church, both as lay people and from current positions of pastoral leadership. Here’s what I learned about how married people in the church can better engage with our single sisters and brothers.

1. It Is Not Good for a Person to Be Alone

Perhaps you remember Genesis 2:18 from its frequent inclusion in wedding ceremonies: “It is not good for the man to be alone,” God says after he has created man and plants. God creates animals, but none of them are quite right. So God creates Eve. This text is often used to support God’s plan for human marriage, but I propose broadening it to include edifying human relationships in general. There is a huge difference between Adam and a single person: Adam was completely alone. He had no family or friends. And that was not good.

But one thing churches can provide for all is community. We must be careful here, though—careful of the church’s tendency to create homogenous groups, excluding singles. For instance, many women’s Bible studies may take place during the day when a single woman may be at work. Or, perhaps, women’s ministry guest speakers may focus on marriage relationships. This can be alienating to single women. “You have to be more intentional to be in deep community when you are single,” Karen Hallberg, pastor at Thornapple Covenant Church in Grand Rapids, Michigan, says.

Rather than putting singles in the position of seeking out community themselves, why not go out of your way to include them? For example, invite a single friend over for dinner (and not to babysit or to meet another single friend). Or plan a service or arts project that will give people with similar interests the opportunity to work together and get to know one another.

The New Testament completely redefines the significance of the family. Our goal is to do God’s will, to be part of God’s new kingdom on earth. In this kingdom, the church is our family.

Of course, there are singles’ groups at many churches, but sometimes these can be experienced as “a place for you to go to get married so you can connect with the rest of the church,” or worse, “meat markets.” Sometimes creating a separate group can also do more to make someone feel alienated rather than helping her feel part of the larger church family as a whole. Of course, many of us may know people who met in singles’ groups who are happily married. But we must remember the purpose of the church. Is the purpose for us to all be happily married and rear a household of children?

2. The Goal of Christianity Is Not Marriage

Sorry, folks. Jesus sees families tied together by faith, not by marriage or by blood. Remember , when Jesus is speaking to the crowd and someone comes to tell him that his family is waiting outside to speak to him? Jesus asks, “Who is my mother? Who are my brothers?” Then he points to his disciples and says, “Look, these are my mother and brothers. Anyone who does the will of my Father in heaven is my brother and sister and mother” (verses 48–50). The New Testament completely redefines the significance of the family. Our goal is to do God’s will, to be part of God’s new kingdom on earth. In this kingdom, the church is our family.

In , Paul reminds the church of their baptismal identity in Christ and how identity in Christ supersedes all other cultural identifiers of the day: Jew or Gentile, slave or free, male or female. Today some of these identifiers may be equally strong, but we may also want to add “single or married” to the list. While our baptismal identities are eternal, our marriages are not. Those married on earth will not be married in heaven; Jesus is very clear about this in .

Though this may be disheartening to some who are happily married now, this can be an encouraging thought to single people—a “holy leveling” of the differences we experience. “In heaven I won’t be a third wheel!” a friend once exclaimed. I wonder if the reason marriage won’t exist in heaven is because we’ll all have the ability to intimately know and be known by all.

3. Longing Is a Universal Human Experience

The desire to know and be known is a desire most of us share. And it’s a desire that is never fully realized, even for those among us who are married. For example, some nights, lying in bed with my husband, I think, I do not know this man (even though I would attest we have a good marriage). I do not know his deepest thoughts, unless he chooses to tell them to me, but even when he does, there is a certain self-editing we all practice in order to communicate ourselves to others.

All of us have different desires and longings—some single women may have dreamed about their wedding day (or created a Pinterest board). Some grieve they may never have children. Some grieve both. Some grieve the grief given them by others: the inappropriate questions, assumptive compliments, and jokes about too many cats.

Some grieve the tremendous amount of pressure they have when they are dating to make the relationship work so the community won’t be disappointed. This pressure often gets worse as singles age.

But one thing churches can provide for all is community.

Some grieve the assumption that God wants everyone married. “The one time I tried to ask aloud, ‘What if God is calling me to be single?’ the immediate response was ‘No, don’t give up, God’s got someone for you,’” Kristie Berglund, pastor at First Presbyterian Church in Brookings, South Dakota, says. She continues: “And the question I was asking was, ‘What if God intentionally doesn’t have someone for me?’ I needed the church to be a safe place to explore the possibility that God had a different route for me. I was shut down so quickly, I determined the church isn’t ready to talk about this.” For Kristie, this presumption fed her questions of self-worth about being valuable to the church or God unless she was married. It’s important to recognize and validate these sorts of questions singles may pose, rather than making assumptions or shutting them down before fully understanding their meaning.

4. Single People Are Valuable Members of the Church

Though each person brings her own set of skills and talents to the body of Christ, singles may have more ability to respond to need and flexibility to serve than those who have families. Paul recognized this in his recommendation that the Corinthians not marry: “In the same way, a woman who is no longer married or has never been married can be devoted to the Lord and holy in body and in spirit. But a married woman has to think about her earthly responsibilities and how to please her husband” (1 Corinthians 7:34).

For hundreds of years, the church elevated the single life over the married life. This has gradually shifted to the polar opposite. May God grant us grace to recognize the gifts all of us bring to the table of our Lord so we may commune together in unity, growing in grace, to love and serve God together.

Joy-Elizabeth Lawrence is a TCW regular contributor. A writer and performer who specializes in biblical storytelling, Joy is the mother of two children and lives with her family in Grand Rapids, Michigan. She can be found at PathlightStories.com.