Changing a child's life is easier than you think.
Margot Starbuck 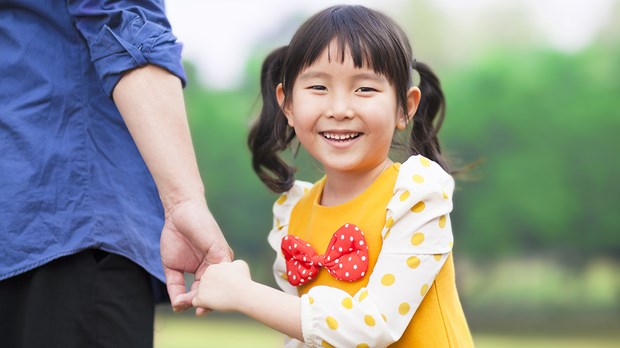 Though an optimistic sort, I’m appropriately wary of anyone who claims that “One Simple Step!” can create any sort of meaningful, lasting change.

Despite the insistence of the rudely targeted sidebar ads on my Facebook page, losing belly fat doesn’t work that way.

So when a friend sent me a book whose premise is that a moment (not even a more respectable hour, just a moment) could change the entire trajectory of a child’s life, I was cautious. The fact that the author was Compassion International’s President Emeritus, Wess Stafford, made me curious enough to crack the cover. That guy’s got the chops.

In his book Just a Minute, Stafford shares story after story in which a single encounter changed the course of a child’s life. A sponsor’s letter convinces a girl living in poverty in Manila that her life matters. A compliment at just the right moment buoys and blesses a child’s spirit. A well-timed smile and wave comforts a grieving family.

As I lapped up story after story I was reminded that this is exactly what I believe.

Specifically, I believe in the power of a single face to change everything.

What Makes the Difference?

In her work among adults who’d endured abuse or neglect as children, German psychologist Alice Miller noticed that those who experienced mistreatment as children would most often grow up to repeat the pattern of violence that they experienced. Even when these people “knew better,” their early experiences were so deeply formative that they naturally repeated the nasty cycle they’d endured.

However, this isn’t true for all children. Some, in adulthood, end the pattern of abuse or neglect they experienced as children. Miller wondered, What made the difference?

Miller’s research showed that all of the subjects in the group who grew up to thrive shared one thing in common: the presence of someone Miller called an “enlightened helper.” This person—a neighbor, a coach, a teacher, an aunt—reflected for the child that he didn’t deserve the treatment being received. Even when the adult helper wasn’t able to change a child’s circumstances (and I want to say that very cautiously, as the job of any adult who’s aware of abuse or neglect is to do just that), the helper still communicated value and worth that allowed the child to survive and thrive. The helper reflected that the child was worth protecting, worth respecting, and worth loving, making a lasting impact on the child’s life.

One face really can change a child’s life forever.

Even when a child has not suffered mistreatment, a moment can communicate something immeasurable to a child. Who was that face in your life who let you know you were worth loving? Perhaps it was a teacher who saw your potential. Maybe it was the parent of a friend who thought you were the bee’s knees. Or possibly a teacher who recognized what you could become.

I was affirmed by the gracious faces of my grandmother and grandfather. Each time I called them on the phone from my home a state away, my grandmother would exclaim one of two things: she’d either gasp, “Honey, I was just thinking about you!” or “Honey! We were just talking about you!” She never gave me reason to doubt it was true. And in that face of the one who delighted in me—even when separated by geography—I learned that I was somebody who mattered and that I was worth loving.

The Power of One

One of the greatest enemies to blessing children in need is an ominous awareness of just how many children are in need:

If you’re anything like me, that number, 153 million, is so overwhelming. For me, and possibly for you, hearing that grim statistic is less meaningful than discovering that one child has been orphaned.

Because I understand one.

One is something I can respond to.

One is the child at church being raised by her grandmother. It’s the child who needs a gracious face, beyond her grandma’s, reflecting that she’s worth loving.

One is the child born to loving parents in Latin America who is surrounded by material poverty. This is the child who is affirmed, in letters she reads from a sponsor who lives in Minnesota, that she can become the woman God created her to be.

Each one of us can reflect to one child the reality of his or her beloved-ness.

When I search for this gracious face in my mind’s eye, it’s most often a non-anxious one that gently assures a child that he’s accepted, embraced, valued, loved. It’s a countenance that weeps with those who weep and rejoices with those who rejoice. It’s a face that’s angered by injustice. It’s a lot like the one the New Testament witness assigns to Jesus.

A friend of mine, who I’ll call Janet, befriended a young girl named Maria who lived in a nearby apartment complex with her grandmother and three cousins. Throughout Maria’s childhood, Janet let Maria know that her life mattered—attending soccer games, visiting her at her job at a fast food joint, and helping with college applications. I didn’t know Maria well, but I could see in her face that Janet’s friendship made a difference. Maria graduated from college and, reflecting the face that is gracious, is now mentoring younger kids in the neighborhood where she grew up.

Every child needs at least one face that communicates she is worth noticing, worth protecting, and worth loving. Who is that young person in your orbit—in your neighborhood, church, or larger community? Whose eyes will yours meet when you crouch down to speak affirming words to a child who’s hungry for them? Who’s the young person who’s waiting for someone like you to believe in him? It really is simple:

“I think you’re someone special.”

“I love to see who you’re becoming.”

This week, keep your eyes open for the opportunity—a word, a wink, a hug—to let one child know that he or she matters to you and to God.

It really does change everything.

Margot Starbuck, MDiv, is an award-winning writer and speaker. Connect with Margot on Facebook, Twitter, or at MargotStarbuck.com.