There are no "A-pluses" in Christianity.
Dorothy Littell Greco 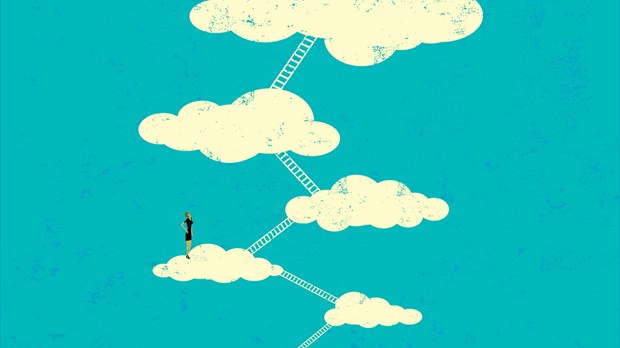 I've been a perfectionist for as long as I can remember. In middle school, I was already setting ridiculously high standards for myself academically, athletically, and relationally. I had to get As, had to win, and had to please everyone. Every mistake or perceived failure unleashed a torrent of self-condemnation.

When I became a Christian at 19, my perfectionism went to a whole new level. Every fellowship group or church I joined unknowingly validated my perfectionistic streak. Talk at church of selling out for Christ, pursuing excellence, or avoiding nominalism confirmed my core belief that saying no, or falling short of someone else’s standard, was simply not an option.

At age 40, I found myself leading a long-term discipleship group, mentoring several women, heading up the pre-marital program with my husband, serving on the prayer team, working part-time as a photographer, and homeschooling my three sons.

But I still had (some) limits, so when I was told that I also needed to serve a regular rotation in the church nursery, I refused. The children’s pastor pulled me aside and said disapprovingly, “You really need to evaluate your priorities.”

So I did. In response to her assessment, I pulled out of almost all church activities for an entire year and spent that time trying to get to the root of my issues.

Where Do We Get the Need to Be Perfect?

Perfectionism often emerges as a result of insecurity and a faulty understanding of grace. During the first few years of life, our parents are meant to communicate through their words and actions that we are both lovely and lovable, even though we do nothing to earn that love. When a baby cries and a parent consistently and lovingly meets her needs, the child gradually gains a sense of self-worth outside of her performance. If that message gets reinforced through the child’s first 10 to 12 years, the child will likely emerge into adolescence with a secure sense of self, ready to take risks and fail.

But not all of us were the beneficiaries of such parenting. Many of our needs were met with frustration, indifference, or even anger, which we interpreted as, “There’s something wrong with me.” When that’s the case, over time, shame creeps in.

This shame, compounded by our own sinful reactions, distorts our understanding of our inherent loveliness and self-worth. And shame isn’t the only precursor for perfectionistic tendencies. If we don’t trust that others will love and accept us as we are, the fear of rejection may prod us to believe that we can earn their love and approval.

As a young teen, this need for approval motivated me to take on more and more household chores. One day, my mom walked through the back door as I was folding the towels. Rather than saying, “Thanks for doing the laundry!” she scolded me for not folding them vertically, which was her preference.

I remember thinking, I can’t do anything right.

This voice of perfectionism increased when I started following Jesus. I feared being judged and possibly being excluded, and that motivated me to prove my worth to my fellow Christians. Though I believed, theoretically, that I was saved by grace, I lived as if I had purchased salvation on credit and was now accruing an enormous debt.

During my sabbatical, I started to understand how my fear of disappointing others or being perceived as not good enough was a driving force in my life. I’d been living as if Jesus would tear up our “salvation contract” the moment I said no or made a mistake.

Perfectionism was pervasive. If I sensed the slightest bit of tension in a relationship, I would endlessly loop around previous conversations, trying to determine what I could have done or said differently. If I gave a competent teaching, I would dwell on the two points I forgot to make. There was an internal harsh taskmaster in my head who constantly communicated that my good wasn’t good enough.

After nearly 40 years of obeying this voice, it never occurred to me that I had the authority to silence it.

That changed one Sunday morning when I asked for prayer regarding some health issues. A prayer team member hesitatingly asked if I struggled with self-hatred. The fact that I immediately felt defensive should have told me she was spot-on, but I chose to deflect her piercing discernment and simply promised to pray about it. After pondering her question for a few days, I checked in with God: Self-hatred isn’t one of my issues, is it?

I sensed a return question: What about your perfectionism? Isn’t that a form of self-hatred? I was stunned.

Such tongue-lashings would come after I slightly overcooked the granola or forgot my friend’s birthday. Because I had a strong ego and had not engaged in the more overt forms of self-hatred (like self-mutilation), I’d failed to identify it.

As I began to understand that pride, self-condemnation, and a fear of mankind were driving my perfectionism, I confessed these beliefs and the resulting behaviors as sin. Almost immediately, the chokehold started to loosen and the Lord revealed a deeper truth: I was broken and needy but did not want to admit this or allow others to see it (as if they didn’t already!). Like the Samaritan woman at the well, I needed Jesus to break in, reveal the depth of my sin, and tenderly reorient me to his living water.

The Problem with Perception

Ferreting out perfectionism is rarely straightforward. Not only are these tendencies deeply embedded, but life demands that we critically evaluate our work. As a writer, if I dismiss my need to edit an article, assignments will cease coming my way. Similarly, a chef needs to taste and re-taste his tomato bisque before he puts it on the menu. Healthy self-critique allows us to be competent. But perfectionism rejects competence as one step above failure, setting the bar so high that we’re constantly exhausted from trying to reach it.

For some perfectionists, the fear of making a mistake results in a sort of paralysis, causing us to agonize over every decision—from choosing a new paint color for the bedroom to a new job option. Others of us create outrageous to-do lists, or emotionally flagellate ourselves for a minor fender-bender.

If you are anything like me, you might feel some resistance to naming perfectionism. To help you discern if it has crept into your life, I’d encourage you to prayerfully consider the following questions:

An absence of joy might be one of the best indicators that perfectionism is present. It slowly squeezes the joy out of life by reducing creativity, accentuating mistakes, and making us slaves of success.

On a practical level, steering clear of perfectionism means I have to be mindful of my tendencies, identify my triggers (namely, insecurity and disconnection from God), and confess whenever I fall back into these patterns. To push back against the Enemy’s lies, I personalize Scripture passages about God’s love, such as the one below, and pray them out loud:

I am convinced that nothing can ever separate [me] from God’s love. Neither death nor life, neither angels nor demons, neither our fears for today nor our worries about tomorrow—not even the powers of hell can separate us from God’s love. No power in the sky above or in the earth below—indeed, nothing in all creation [not even my mistakes] will ever be able to separate [me] from the love of God that is revealed in Christ Jesus our Lord. (Romans 8:38–39, emphasis mine)

As my heavenly Father reminds me of the obvious truth that it was Jesus’ assignment—not mine—to be perfect, he invites me to trust in a love that does not depend upon my performance. This reality is gradually, and gloriously, setting me free.

Dorothy Littell Greco is a TCW regular contributor as well as a photographer, writer, speaker, and pastor. Follow her on Twitter at @DorothyGreco or at DorothyGreco.com.