Lord, teach us to see like you.
Margot Starbuck 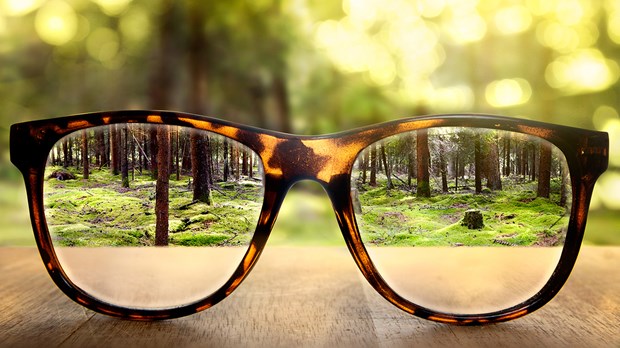 My 21-year-old friend Sahil recently attended a football game at a local high school. He’d slipped onto the field to say hello to one of the managers on the home team’s bench. One of the coaches who’d noticed Sahil and overheard a bit of his conversation with the manager was the kind of coach who liked to impart moral lessons to his players.

As Sahil walked away, the coach turned to his players and said, “Y’all don’t know how lucky you are.” The implication of this life lesson was, You are lucky to not be Sahil.

What was it that this coach could have seen in Sahil, in that brief moment, to make him so sure that to be “fortunate,” to be “blessed,” was something other than being Sahil?

At the time, Sahil was wearing blue jeans and a hoodie from the YMCA where he worked. He has dark hair, a mustache, and an overwhelmingly kind face that is most often smiling. He’s Indian. Born with cerebral palsy, Sahil speaks with slurred speech that can be tricky to understand at times. His sentences are short. As he walked away from the bench at the football game, he had a limp in his step.

Something this coach perceived in an instant was that it was not “lucky” to be Sahil.

The coach’s “lesson” brought to my mind the siddur, a centuries-old Jewish prayer liturgy. One of the morning prayers, to be recited by Jewish men as they begin the day, reads,

Blessed are you O God, King of the Universe,
Who has not made me a goy [Gentile], a slave, or a woman.

It was pretty easy to imagine the religious coach breathing a morning prayer like this one.

The heart of these three “blessings” is believed to have originated outside of Jewish circles. Some modern scholars point to an ancient Greek tradition—attributed by various sources to Thales, Socrates, or Plato—thanking God for three things: “that I was born a human and not a beast; a man and not a woman; a Greek and not a Barbarian.”

As it was in Jesus’ story of a righteous Pharisee and a disreputable sinner, these prayers reveal far less about the God who hears them than they do about the person praying them. They expose a host of ways we distance ourselves from those who look, speak, work, or worship differently than we do. Cloaking our bias in thin religious garb, we reveal what we believe to be most human and what we believe to be least human. Wittingly or unwittingly, when we identify others as “disabled,” “poor,” or “non-English-speaking,” we do violence by reducing them to an absurd, single sliver of their God-given identity.

As we bravely identify the possibility that feels the most distressing, we face the truth about the way we’ve dehumanized others. We can then lament. We can confess our dehumanization of others. And, Lord willing, we can then open our eyes to see differently.

I’m sure the football coach himself had been labeled, stereotyped, and flattened by others who failed to see who he really was. So not only had he reduced the essence of who Sahil was, but he’d been systematically reduced by others as well.

But probably not by Sahil. And that’s exactly why the irony of the coach’s remark has lingered with me. Sahil, as much as anyone I know, sees others—to the degree that anyone is able to—the way they really are.

Yesterday Sahil and I were searching for one of his former teachers on Facebook. After I’d typed in the teacher’s name into Facebook’s search function and faces began to populate the screen, I asked Sahil, “Is Mr. Wallace black or white? Or maybe Latino? Something else?” Sahil stared at me blankly and then admitted he didn’t know.

Sahil’s “not knowing” wasn’t a function of ignorance. Rather, as I’ve watched Sahil interact with a broad spectrum of people, I’ve come to believe that Sahil sees the way Jesus sees. I don’t mean that as a trite, flippant spiritual aphorism. I’m also not referencing the kind of faux “color blindness” or “culture blindness” that’s just as dehumanizing. I mean that—as I see it lived by Jesus—Sahil’s vision isn’t blurred by the anxious need to exclude or categorize those who are different from him. In recognizing others, he actually sees what is “fortunate” about each one, not which “box” they fit in.

It’s a radically Christian way of viewing the world. As a matter of fact, this was what was so radical and unsettling to so many about Jesus. Religious folks saw a blind man on the side of the road as unfortunate, disabled, unclean, and sinful. When Jesus’ own disciples looked at a woman standing near a well, they saw the wrong gender, wrong race, wrong religion, and wrong morals. And yet again and again, Jesus’ behavior indicates that when he saw an “other,” he recognized, as Sahil does, a person who’d been created in God’s image.

In response to Jesus’ life, the proudly Jewish apostle Paul made the outlandish claim that for those who’ve chosen to pattern their lives after Jesus, “there is no longer Jew or Gentle, slave or free, male and female” (Galatians 3:28). Though its impact is largely lost to the modern ear, it was—and is—wildly revolutionary! Paul was teaching the young church in Galatia (some who’d daily prayed the siddur) that they no longer needed to inflate or bolster their own sense of identity by reducing others.

It’s what the “grateful” Christian coach had gotten upside down and backwards. Until we see well, we cannot love well. And for those of us who claim to be Christian and do not yet see the way Sahil sees, the faithful response of our hearts is to lament. To confess. And to learn from Sahil.

We’d be lucky to.