One Millennial's search for her vocational sweet spot
Cat Knarr 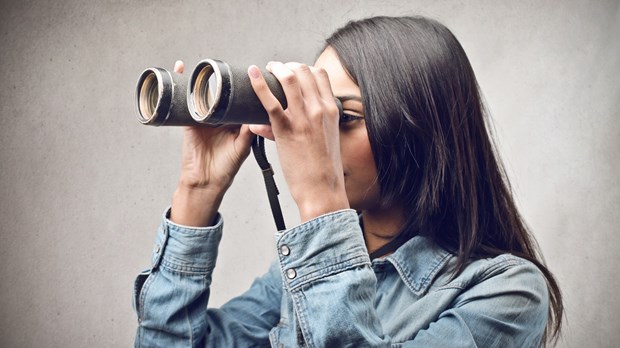 I was one of the lucky few.

The Monday after I graduated from college in May 2013, I went straight into my full-time job as an editor for a startup. There were no months of job hunting, following up on ignored applications, or scrounging to make a living. I seamlessly started my new job, got married, and began my adult life.

But a little more than a year later, in the summer of 2014, I found myself jobless. The startup had suddenly run short on funds, putting me out of a paycheck. Worse yet, it felt like everything I had worked so hard for that past year had been for nothing. I had failed.

In my heart, I knew God was calling me out of my old position and into a new one. And I don’t say that lightly—I say it because in the week before I found out I’d likely lose my job, I had such an inexplicable foreboding feeling, like something was terribly wrong, that it was almost a relief when I discovered why.

It had to be because I was meant to move on. God just has somewhere else he wants me to be, I told myself. Why else would he take away my job at the exact moment I started having a terrible feeling about it?

As I joined the ranks of unemployed 20somethings, I couldn’t help but wonder, What does God have in mind for me now?

It’s a question that weighs heavily on many Millennials like myself, those of us who are brimming with passion to pursue that divine calling—but unsure of exactly how to find it in a dismal job market. Unlike generations before us, we’re driven primarily by passion. Our highest career priority is finding a job we’re passionate about, not financial reward, according to a recent Barna Group study.

Where do we turn when our dreams seemingly fall apart—when the calling we felt so confident in suddenly crumbles?

The problem is it’s increasingly harder for college grads to find a job at all—let alone one they’re passionate about. Millennials make up about 40 percent of the unemployed workforce, according to a U.S. Census analysis released to MarketWatch. Many of us have gone deep into debt for a degree that costs more than ever but doesn’t matter nearly as much. According to Barna Group, only 40 percent of college-educated 20somethings say their degree relates to their current job.

Christian theologian Frederick Buechner famously wrote, “The place God calls you to is the place where your deep gladness and the world’s deep hunger meet.” For passion-driven Millennials, that quote captures our hope to make a difference with our skills. But what happens when our calling doesn’t coincide with an income? Where do we turn when our dreams seemingly fall apart—when the calling we felt so confident in suddenly crumbles?

Three months after I was laid off, I was incredibly thankful to find my current job in my area of expertise: religious publishing, the mission field I feel deeply called to. I’m a marketing specialist for Liguori Publications, where I share our Christian books and resources with the world.

Now that I’ve found a job in my field that coincides with my calling, it’s easy to look back and minimize the struggle of searching for a job. But the reality is it was a painful process.

When I was first laid off back in August, I had no idea how hard the next three months would be. I didn’t know how much the impersonal rejections would sting, how difficult it would be to job search while freelancing to pay the bills, or how easy it would be to doubt if God had anything planned for me.

Even the most faithful young Christian women struggle to trust God when the future is unclear.

When you apply for job after job only to meet rejection—or worse yet, silence—it takes a toll. I had watched one of my best friends and college roommate, Christa Elliott, go through that experience the year before. For Christa, the most frustrating part of job hunting was sending out tons of job applications and never knowing if anyone even read them.

“The silence was really hard for me,” Christa said. “I could have handled rejection if someone politely responded to me and said, ‘Sorry, we considered your resume.’ But usually it was just silence.”

As I prayed for some sign of hope, I often thought back on Christa’s experience. She’s one of the most talented writers and most passionate Christians I know, and she tirelessly applied for jobs during our senior year of college, receiving little response until she snagged her current position as a marketing assistant a couple months after graduation. Just knowing she had been through the same struggle, as brilliant as she is, was a comfort. And, like myself, Christa had also experienced job hunting as a stressful, spiritually barren time—a reminder that even the most faithful young Christian women struggle to trust God when the future is unclear.

For myself, I couldn’t help but carry the burden of that stress and uncertainty. It weighed heavily on me, in a tension I could feel in my shoulders, and I constantly struggled to surrender my life to God. Looking back, I wish I placed more trust in his hands rather than putting so much pressure on myself, but it was hard.

When you can’t figure out what God is doing, just know that he’s always trying to teach you something.

Sometimes God’s intentions make so much more sense in hindsight. That’s been the experience of Lesa Brackbill, a 32-year-old from Pennsylvania whom I connected with in a Facebook group inspired by Christian writer Jon Acuff (author of Quitter and Start, books focused on aligning your calling and your day job). When I talked to Lesa, she told me about how she pursued a political science degree with dreams of becoming the governor of California. After working six jobs in ten years, including two layoffs due to the economy, she saw the corruption in politics and decided not to compromise her morals. Now, she wants to do photography for humanitarian organizations.

“If I never had a bad experience working for a lobbying firm, I don’t know what I would be doing now,” Lesa said. “Would I still be chasing that dream that was never going to make me happy?”

Instead, God led Lesa down a more fulfilling path she had never considered before—becoming a stay-at-home mom. Lesa chronicled that decision (as well as their current journey through daughter Tori’s serious health struggles) on her blog.

“When you can’t figure out what God is doing, just know that he’s always trying to teach you something,” Lesa said. “Even if you can’t see it now, you may see it years in the future—and it may not be what you expect. God doesn’t waste time.”

What Millennials Need Most

In hindsight, it’s also easier for me to see why God led me through three months of job searching before guiding me into my current position. Yes, it certainly humbled me and taught me to rely on God more. But God also gave me an incredible opportunity during those months when I was self-employed. I got to work with a writer who would go on to support me through the tumultuous job hunting experience, give me valuable career advice, and become a very good friend.

Her name is Susan Day, and in those three months, I helped her edit, publish, and promote her devotional journal, Divine And Perfect Order, unaware of what that would lead to. I got to be part of creating something beautiful: a book I would treasure and an accompanying online community I would watch flourish.

But even more than that, Susan affirmed me at a moment when I struggled to believe in myself. She didn’t try to tell me what to do or speak in place of God’s voice, as one older adult in my life attempted. She listened to me and fervently prayed for me.

In the end, that’s what made the biggest difference. Susan, my husband, my parents, and many friends and family members supported me when I needed it most. They helped me tune in to God’s voice when it seemed faint and trust what I was hearing.

If you know a Millennial trying to find her career path, listen to her and pray for her, but don’t pressure her. And if you are a Millennial who’s feeling a little lost, have faith that God is still present. It might be hard to hear his voice, but trust me: he’s there.

Cat Knarr is a 24-year-old religion writer who lives with her husband, Ben, in the city of St. Louis. She works as a marketing specialist for Liguori Publications and tweets from @CatKnarr.