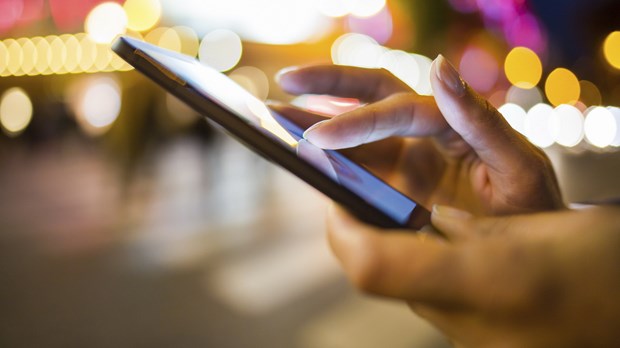 “In desperate need of prayer. It feels like everything is falling apart, and I’m starting to question if I made the right decision. God knows the details.” Did your eyes just roll? Mine did when this very status announced itself with fanfare and flourish at the top of my newsfeed earlier this week. The culprit? An old college acquaintance, “Sandy,” whom I haven’t spoken to in a few years and yet somehow made it through my last few “friendlist purges.”

It’s not the first time she’s “vaguebooked” about intimate details of her personal life. The posts are almost always about her boyfriend, and they almost never directly mention him . . . but we all know. The very nature of vaguebooking demands not only that we know, but that we get involved.

If you’re not up to date on the hip-and-happening lingo of the digital age, “vaguebooking” is the act of posting a vague status on a social media account—a seemingly innocuous status that’s just vague enough to elicit questions (and eventually comments) about what’s bothering the poster.

I’m sure that when most of you look back at your dating history, there is a hilariously long list of things that have changed about the ways in which you approach romantic relationships. Maybe you no longer need those hourly updates on where your significant other is, what he’s doing, or who he’s with. Maybe you’re dating men who are a little less insecure about losing you and allow you to spend time around one or two of those single male friends you’ve had since college. One of the most recent changes for me, and I’d go so far as to say the most important one, involves that tricky process of conflict resolution.

When one of you takes a situation to social media, the focus shifts away from reconciliation and toward winning what almost resembles a political race.

Recently my girlfriend and I had an argument. She wanted to go to the gym together and I wanted to binge-watch Broadchurch together. Words were exchanged, the argument stalled, and we retreated to separate areas to fume. Within a few minutes, I realized that while I was exhausted from a week of teaching and thought that I deserved an afternoon of British crime drama, she likely wasn’t out to deprive me of my R&R. She loves me—her intentions can’t be that villainous.

Then she was there in the doorway, the same thought having occurred to her. She hugged me and apologized for being pushy, while I apologized for being stubborn and ornery. Turns out she just “wanted to be in shape enough to be able to run around and keep up with our kids someday.” (I know, I melted too.) I agreed to do some hard time on the treadmill, and she agreed to some BBC afterwards.

In the not-so-distant past, this situation might have run a very different course. From my experience, the longer an argument goes unresolved, the more time we spend in our minds trying to strengthen our position. That’s when we may consider venting to a close friend or two. If those close friends aren’t available, vaguebooking that status might start seeming like an easy way to get some emotional support. But beware! It may be support you’re after, but what you end up with time and time again is a panel of experts weighing in and judging your situation, and the more people you invite in, the more space you’re creating between you and your man.

In Tim and Kathy Keller’s book, The Meaning of Marriage, Tim sums up his thoughts on successful conflict resolution:

When facing any problem in marriage, the first thing you look for at the base of it is, in some measure, self-centeredness and an unwillingness to serve or minister to the other. . . . To be part of a whole, to become part of a greater unity, you have to surrender your independence. You must give up the right to make decisions unilaterally. Paul says that this ability to deny your own rights, to serve and put the good of the whole over your own, is not instinctive; indeed, it’s unnatural, but it is the very foundation of marriage.

Bringing the fight to Facebook doesn’t really fit into that picture of self-sacrifice that exists all throughout the Old Testament and gets its grand climax in Christ’s earthly ministry in Matthew 27.

A couple should be working together to love and serve God. When one of you takes a situation to social media, the focus shifts away from reconciliation and toward winning what almost resembles a political race. Instead of selflessly sacrificing your right to be right, you now need to get as many voters (or likers) on your side as possible. Over time, what you end up with is less of a healthy relationship and more of a mob mentality. I’d be remiss in not pointing out that there may be situations between you two that will require individual counsel and wisdom from a friend or pastor. However, the help of a professional counselor is far different than the flippant opinions and emoticons of overly-invested Facebook friends.

If and when you do come back from the Internet to sit down with your man, not only have you each stewed in your hurt feelings, but you’re also going in with much more assurance and support for your “side” than he is. You are now set even more firmly in “me vs. him,” instead of working together in “us vs. the conflict.” What could have been resolved through a short, private conversation is now a drawn-out power struggle.

As more and more of our generation takes to the airwaves to broadcast our lives to the world, I sometimes join our elders in wondering, Are we sharing too much?

Romantic relationships are built from the ground up on increasing levels of intimacy. Emotionally, spiritually, and eventually sexually, this intimacy forms the cornerstone of your holy partnership. The stakes of broadcasting your personal life on the social mediasphere are much higher when you're in a relationship. If that intimacy is compromised, so are bits and pieces of that foundation. To help you determine when to post (and when to not post), here are three questions to ask yourself before taking to social media:

Nobody’s perfect, and who knows—maybe your man is the resident vaguebooker in your relationship. Either way, it’s important to honor the intimacy of your relationship. In the end, your boyfriend or husband will thank you for keeping your disagreements between the two of you. In the grand scheme of things, being right is less important than being one.

Shawn Doremus is a freelance writer and English teacher currently living, loving, and working in the dense and rugged jungles of suburban New Jersey. When he's not behind his keyboard, he can often be found coaxing obstinate adolescents through the writing process or facilitating lively debates on the proto-feminist relevance of The Scarlet Letter.