God used Allan to change us all.
Amy Jackson 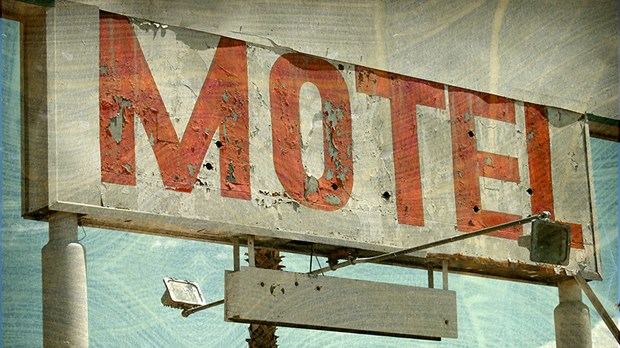 My small group met Allan a few summers ago outside a sketchy motel. It’s one of the few places in town that offers pay-by-the-week rent. Living on a fixed income, Allan had trouble making ends meet. He only owned a few outfits, and his sweat was visible on his long-sleeved shirt. His beard was long and white, left untrimmed for years.

The first thing I noticed about Allan, though, was his love for the neighbor kids. Our small group went to the motel that day, not to meet Allan, but to get to know a family living there. We’d learned how they’d been in and out of the local homeless shelter, and we wanted to get to know them better. We were visiting that day to walk with them to a nearby ice cream shop.

Protective of the youngest child, Allan stepped out of the neighboring hotel room to check us out. We invited him along to put him at ease. We spent the next 90 minutes getting to know this elderly man. He spent the entire conversation watching the littlest girl out of the corner of his eye.

It turns out the rest of my small group felt moved to help Allan as well. The problem is, we didn’t really know how to help. He’d mentioned wanting to visit our church, so one group member started picking him up every Sunday morning.

Over the next year, we got to know Allan a lot better. Our small group sat with him every Sunday. My husband and I had him over for Christmas and Easter. Our group threw him a 70th birthday party. We spent time talking about the news and our lives, letting him into our little community and praying that he felt loved.

In the process, we’ve learned a lot about Allan. A lifelong bachelor, Allan wishes for companionship. He loves children, chocolate, and Pepsi. At the same time, he battles an anxiety disorder. He’s scared of change—even if he thinks change could make his life more stable.

After a few months, our small group learned that Allan was being taken advantage of by the motel owners and the family next door. We wanted to rush in and get him out of there, but the situation was complex. Allan saw these people as his friends. As we prayed about it, we felt the best way we could help Allan was by letting him tell us what he needed—and that was really hard at times.

That summer, though, Allan ended up back on the streets, unable to pay his rent as a result of the mistreatment he’d received. When our small group found this out, we immediately picked him up and asked him what he wanted to do. Only then, when he told us that he wanted to find somewhere new to live, did we jump into action. Twenty-four hours later, Allan was set up in his own room at a local senior living center.

A Friend, Not a Project

As we’ve journeyed with Allan, a lot of my assumptions have been challenged—especially about homelessness and helping people. I’ve learned so much about how to be friends with someone, rather than treating that person like a project.

It’s also challenged my thinking about who is helping whom. Most look at our relationship with Allan and praise our small group for reaching out and helping someone in need. They make it all about what we are giving Allan. I’ve struggled with having this mindset as well, but God has challenged me to treat Allan like a close friend rather than a guest in my life. It’s much easier to approach him as a project—as someone who I’m nice enough to help. But my relationship with Allan is much more than that. He’s part of our community now.

Coincidently, treating others as close friends is exactly where Allan excels. He deeply loves and cares for the people in his life. He goes out of his way to provide for his friends. He prays often for the people in his life and their needs. When you enter his room, he wants you to feel completely at home—regardless of how little he has. Allan has taught me more about friendship and community than I ever thought possible.

I’ve always been against the “us vs. them” mentality, theoretically, but Allan shows me just how much I struggle with it practically as well. It’s easy to classify people by what they have to offer—specifically money, influence, and power. When we meet someone who doesn’t have much of those three things to give, we place ourselves above them and consider ourselves generous and hospitable to offer it to them.

But Allan has a lot to offer. He loves to hear about my work. He cares about our daughter. He challenges me in my thinking. He tells me about how things used to be. He encourages me. And his friendship has done so much to make me more compassionate toward people who are different from me. He’s affected others in our small group in similar ways, showing us what it really means to encompass God’s love for a person in need (1 John 3:17).

Our relationship is always evolving—it’s not all tied up in a pretty bow now that he has permanent housing. It’s one thing to help someone find shelter. It’s not too difficult to throw a birthday party. But it is hard to know how to talk to someone about his anxiety. It’s hard to know how to say the tough things without hurting him. It’s really hard when Allan talks about the “good ol’ days” in the motel. But these challenges help me grow and keep me, and the rest of my small group, running to God for wisdom. And that’s what real community is about, isn’t it?

Amy Jackson is the managing editor of SmallGroups.com. She’s an introvert committed to living life in community. Follow her on Twitter at @AmyKJackson.