Why we need the Bible’s ugliest and most terrifying stories
Kelli B. Trujillo 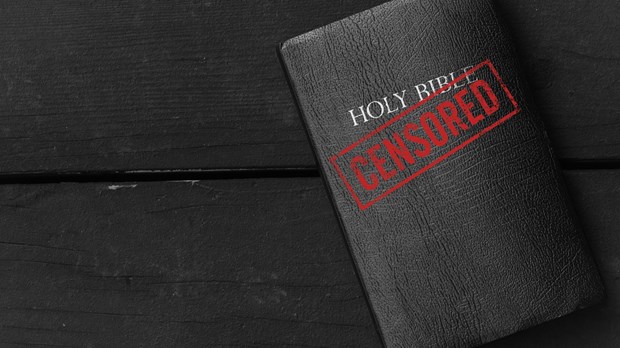 I’m editing a Bible,” I’d answer when friends asked me about my freelance work. With a wink I’d add, “I’m taking out all the parts I don’t like.”

I’m embarrassed to admit that I probably repeated my corny quip way too many times during various stints when I served as the general editor for new Bibles. Of course I wasn’t editing the actual biblical text; I was working with commentators and devotional writers to create supplemental content.

But if I were asked to edit the Bible, it probably wouldn’t be too hard to think of texts it may be tempting to remove. Tricky passages about gender roles would make easy targets, along with lengthy genealogical lists and Levitical regulations about sanitation. Passages like these may seem difficult to understand, irrelevant, or a bit boring.

But—to be frank—there are parts of Scripture that are even harder to grapple with. What are we to do with ugly R-rated events like the murder of Uriah, the rape of Dinah, or the incest between Lot and his daughters? Or even uglier accounts like the slaughter of babies, God’s destruction of entire cities or most of earth’s population through a flood, or the wars God directed and plagues God sent that killed thousands of people?

If I wanted to put together a nice, positive, and encouraging Bible, I wouldn’t include any of that.

But—thanks be to God!—the Lord hasn’t given us simply a “nice, positive, encouraging” Bible. His Word isn’t the sanitized, straightforward text humankind may wish it was. He isn’t an anthropomorphic deity of our own making after all, and his Word isn’t a cut-and-paste text we can play with to fuel our comfort or supply us with feel-good slogans.

Bolster Your Trust in Scripture

Learn about the reliability of the biblical canon:

The Canon of Scripture by F. F. Bruce

Can We Still Believe the Bible? by Craig Blomberg

The Historical Reliability of the Gospels by Craig Blomberg

“Not Just a New Testament God” by Mark S. Gignilliat—An exploration of how to approach and understand the Old Testament

“Thank God for Our Bibles” by J.I. Packer—A discussion of the value of various Scripture translations

In our cover story, “3 Lies We Believe About the Bible,” Joy-Elizabeth Lawrence examines this tendency of ours to morph Scripture into slogans. She unpacks commonly misunderstood Bible passages that aren’t just misquoted by the culture at large but have also become clichés permeating the church.

We lose something vital when we attempt to nice-ify Scripture, distilling it down to easily digestible aphorisms and essentially ignoring the content we dislike. We lose its truth—its honest reflection of what life on this earth is actually like. The Bible, in its ugliest and most difficult parts, is verisimilitude at its finest.

Rather than a Bible for a nice, positive, rainbow fairyland (that doesn’t exist), this blood-and-guts book is for our broken world. Its darkest stories still echo centuries later in the reality in which we live: our world replete with adultery, child abuse, theft, and murder. Our world of classism, racism, poverty, and genocide. Our world of self-centeredness, pride, hatred, and greed. Scripture’s ugliest or most terrifying stories serve as a mirror that forces us, in devastating self-recognition, to say, Indeed, we are broken. Yes, we are in desperate need. Have mercy on us, Oh Lord.

Perhaps the parts that horrify us are, in some ways, meant to horrify us. Perhaps the texts that trip us up can also serve as entryways into deeper study and reflection. Perhaps the aspects of God’s character that we don’t understand can drive us to seek him out and know him more.

This Bible? This book containing genocide and rape and statements that are hard to swallow? It is yet riches for my spiritual poverty—and I don’t plan to edit a thing.