Many women suffer from pain during intercourse. Here’s one woman’s story of suffering and restored intimacy.
Dr. Juli Slattery and Linda Dillow 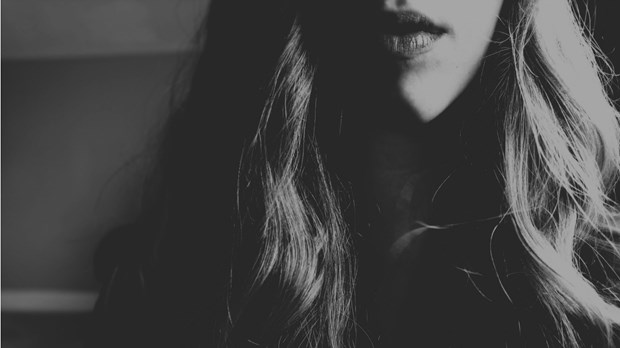 Editor’s note: In their book Surprised by the Healer, Dr. Juli Slattery and Linda Dillow feature first-person stories from women they’ve interviewed. This excerpt from their book comes from a woman named Kathy.

I snuck into bed, barely moving the covers to avoid arousing my sleeping husband. I breathed a sigh of relief, thinking I had succeeded, but before long Scott rolled over and cradled me against his body. I automatically tensed and soon one tear slipped from my eye.

I was silently crying out, God, help me! Why can’t I be like other women? Although I tried to go along with my husband’s sexual advances, pain and fear once again won this battle. With a sigh of frustration, Scott rolled away, leaving a gap in our marriage bed. His bride of sixteen years couldn’t perform the one act that brings such closeness to other couples. I’d failed again. As Scott fell asleep, a flood of tears wet my pillow.

What was wrong with me? How had our marriage come to be filled with so much pain?

For the first seven years of our marriage, we enjoyed a pleasurable sex life and often went on getaways to celebrate our love. We brought our son home from the hospital on our fifth wedding anniversary; soon after I became pregnant with our daughter. We were a happy couple with a good marriage, but after I gave birth to our second child, I experienced postpartum pain during intercourse. I told my doctor about the problem, but he could find nothing physically wrong. The severe stinging pain continued and got worse over the next several months. I returned to my doctor, but he said I should just have a glass of wine and relax and then the discomfort would go away. But it didn’t. My perfectionistic tendencies and shame kept me from telling anyone else, including my husband, about the pain I was experiencing. For over two years I hid my pain and tears.

With two toddlers and a full-time job, I felt I was justified in telling Scott that I was too tired for sex. But I couldn’t avoid all of his sexual advances. Every attempt at intercourse felt like a violation, and I soon began to fear and avoid sexual intimacy. In time it became difficult to have intercourse at all. Finally, I broke down and told Scott of my pain. He was afraid to hurt me further and for a time, all intimacy stopped.

Words can never express the depth of communication provided by physical intimacy. Sex helps to say “I’m sorry” or “Thank you.” It physically expresses “I love you,” “We’re in this together,” or “I think you’re beautiful.” In our marriage this kind of communication came to a screeching halt and our relationship suffered greatly.

The Healer Finds Me

God met me right there. He loved me too much to let me destroy the life He had created. It seemed like everyone I met invited me to church, and after months of declining, I finally gave in. I started attending church, and there I learned about the God who is in the business of healing broken lives and who loves me, every piece of me, not just the parts I was willing to shine up and show to the world.

Thirteen years into our marriage, I accepted Jesus Christ as my Savior. His Word spoke into my life, filled many empty spaces, and eased my divine ache, which was actually a longing for Him.

Yet my failure was still before me. The sexual pain was a burden I didn’t feel I could give to God. So much shame and isolation surrounded my sexual problem that I felt I couldn’t even discuss it with Him.

I loved Scott but I didn’t know how to express it, and we were both frustrated. I inwardly desired to be close to Scott, but I feared the emotional and physical pain that was sure to occur with any attempt of sexual penetration. He still wanted to go on romantic getaways, but I would make excuses not to go. My internal failure turned into bitterness, anger, and negativity directed mostly at him.

The Name for My Pain

Through God’s grace, my new-believer’s heart softened to truth and I began sharing painful details of my life with a godly mentor. Despite my stubbornness and determination to manage things on my own, she suggested I see a Christian counselor. Reluctantly, I agreed.

When I began to see Carol, I didn’t even tell her about my “little sexual problem” until about ten sessions into therapy. After I tearfully described my symptoms, she said, “You have vaginismus.”

In clinical terms, vaginismus is the involuntary spasm, or tightening, of the pubococcygeus (or PC) muscle, which is the band of muscle that surrounds the opening of the vagina. This constriction of the vaginal opening makes sexual penetration painful and even impossible. Vaginismus is most often the result of misinformation or fear surrounding sex. Fear causes tension, which feeds the pain, which causes increased fear, which creates more tension and pain. As this vicious cycle continues, the spasm of the PC muscle is reinforced, at times causing complete closure of the vagina.

I finally had a name for my pain and now I had to do the hard work and take the steps to overcome vaginismus. I had to educate myself about the condition and learn to understand why my body wouldn’t respond as I so desperately desired. I was filled with hope when I learned that this condition is highly treatable.

My treatment for vaginismus included a series of physical exercises to desensitize my mind and retrain the vaginal muscles to respond correctly. These exercises brought deep emotional and spiritual pain to the surface.

Continued counseling revealed painful events from my past that caused me to view sex and sin as almost synonymous. The combination of verbal abuse, strict religious teaching, and my family’s silence about sex had led to feelings of shame surrounding my sexuality. Due to misconceptions from my childhood, I assumed God and sex did not belong in the same room together. I couldn’t even pray about my sexual pain because I felt God didn’t care about it. Nothing could be further from the truth!

Sexual problems have a way of infiltrating shame so completely that it becomes hard to focus on anything but failure. When I realized what was happening with my mind, body, and spirit, I got angry. I had to learn how to fight shame and take back everything the evil one had tried to steal from our marriage and my life. The hardest part of the process was once again surrendering control of my body to my husband and gaining sexual trust and communication with the man I love.

A Season of Restoration

During the “vaginismus years,” Scott said something that relieved me of believing I had to endure pain to be with him intimately. I asked if he would leave me if I could never have sex with him again. He got a bit angry and said, “Don’t you understand that I just want to be close to you? We don’t have to have intercourse to be intimate.” It took me awhile to believe his comment, but we now walk in the fact that penetration is not a requirement for a loving, sexual relationship.

Many couples enjoy sexually wonderful relationships without engaging in intercourse. A woman should never be made to feel abnormal because of the way she creatively expresses her sexuality. In our marriage, it was important to redefine what sex looks like for us.

Pain was such a gift for me. I look at my life and all that it has become and so much of the joy I experience now can be traced directly back to my long battle with pain. I can truly say that I prospered tremendously, not in spite of my pain but because of it. Pain allowed me to see the limitations of my humanity and set me on a journey to search for the power of God.

Kathy’s story is featured in Surprised by the Healer by Dr. Juli Slattery and Linda Dillow. Juli and Linda lead Authentic Intimacy, a ministry focused on encouraging God-honoring sexual intimacy in marriage. This excerpt is taken from Surprised by the Healer: Embracing Hope for Your Broken Story by Linda Dillow and Juli Slattery (©2016), Moody Publishers. Used by permission.