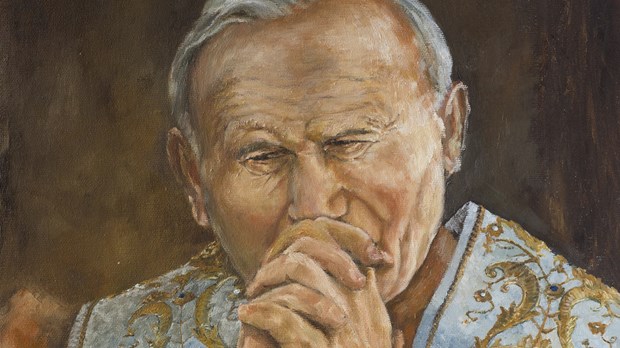 It was August 1978 and the crowds were thick in St. Peter’s Square, expectant and hopeful for the inauguration of their new pope, John Paul I. But in a startling turn of events, the same crowds found their way back to St. Peter’s a mere six weeks later due to the sudden death of their newly appointed pope.

Amidst confusion, mourning, and skepticism, Pope John Paul II accepted the papal responsibility. To make matters worse for the locals, he was the first non-Italian pope since the Dutchman, Adrian VI, who was elected in 1522. Pope John Paul II’s appointment wasn’t expected. He wasn’t anticipated. If anything, the church was skeptical, and the world was watching.

But Pope John Paul II did something unprecedented for the papacy: He addressed the crowd directly. He smiled. He spoke the crowd’s native tongue of Italian, one of twelve languages in which he was fluent. He acknowledged the potential mistakes he might make with the spectators’ language and invited them to correct him when he did. Eric Metaxas, author of 7 Men and the Secret of Their Greatness, describes the scene: “His openness, vulnerability, and humor drew laughter and applause from the crowd. By the time the extemporaneous speech drew to a close, a remarkable thing had happened: the crowd that was surprised and confused before was now wholehearted on John Paul II’s side.”

When John Paul II stepped up that day to assume his new responsibility of leadership, he became real. He became relatable. He displayed how an extraordinary leader comprehends and employs the relational dimension of leadership. He led from his heart. Metaxas explains, “Part of the greatness of this man was his extraordinary ability to communicate humbly and humorously and clearly. There can be no other word for it: He was charming. Like a great politician but without a hint of guile, he managed to connect with his audiences in a way that delighted them.”

Leading from the heart means understanding the power of connection: knowing that one of our greatest human needs is to be known. John Ortberg expresses it this way: “The yearning to attach and connect, to love and be loved, is the fiercest longing of the soul.” We want to believe that we matter. And we sincerely long for those who lead us to see us as individuals—to see our unique potential and contribution, to help call that out in us, and to affirm that what we bring and who we are really matter to the greater story.

When we lead from the heart, we earn influence with others through relationship rather than authority. Relational leaders realize that title and position only get you so far, but the places you can take a team with relational influence are endless. Relational leaders understand that people follow leaders not for the leader but for themselves.

People follow leaders who inspire them to believe greater things about themselves. In his immensely popular TED Talk titled “How Great Leaders Inspire Action,” Simon Sinek says, “People don’t buy what you do. They buy why you do it.” He continues, “What you do simply proves what you believe.” If what you do communicates what you believe, what are your actions saying about what you believe about those you lead? When we relationally connect with those we lead, we communicate value and worth.

The heart of leadership is the start of leadership. When we connect with the heart, we earn influence to lead with soul, mind, and strength. Consider your relational leadership influence: How are you connecting with those you lead? Do they know you’re for them and that you value them? Do they know how their work affects the entire team? Do you know their stories and what inspires them and motivates them? Every relational connection you make gives you greater opportunity to lead.

Jenni Catron is part of the central leadership team at Menlo Park Presbyterian Church in Menlo Park, California. She’s the author of The 4 Dimensions of Extraordinary Leadership and Clout: Discover and Unleash Your God-Given Influence, and she blogs at JenniCatron.com. This article was taken from The 4 Dimensions of Extraordinary Leadership. Copyright © 2015 by Jenni Catron. Used by permission of Thomas Nelson. www.ThomasNelson.com