How Matt Chandler’s wife dealt with his diagnosis
Lauren Chandler 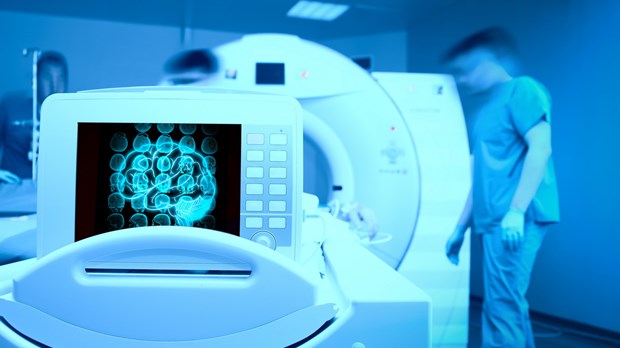 The morning of Thanksgiving 2009 changed my life forever. The tumult from the living room piqued my curiosity. I knew my husband, Matt, was there with our three children. Why was there no explanation for the racket? I expected to hear, “It’s okay, honey!” Instead, silence. Finally, my then six-year-old Audrey called out with confusion, “Daddy?”

Walking into the room, I spotted my four-year-old watching cartoons, my six-month-old bouncing in her Johnny Jump Up, and Audrey gazing at the space between our coffee table and the fireplace ledge. That narrow distance cradled my precious, strong husband in the most vulnerable position of his life. His body shook with force. As much as he comes across as being self-controlled and competent, in that moment, he was as defenseless and weak as a newborn.

Dropping to my knees I shielded his thrashing from our children. I yelled for my phone and Audrey supplied it. My voice was calm, collected, everything I wasn’t on the inside. The fire station was so close I could hear the sirens as the ambulance started toward our home. Home. The last place one imagines seeing emergency vehicles parked in front.

Medics rolled in with their stretcher and black bulky bags. On that early morning of one of the most perilous days of my life, I asked the Lord to preserve Matt’s life, his voice, his mind, and believed that no matter what the outcome, the Lord would still be good. For the next week, I met with doctors and surgeons. Matt had a brain tumor that needed to be removed immediately.

Our little community met us at the hospital with coffee and doughnuts, hugs and copious amounts of love. Although one cannot weather a storm for another, we can buoy our friends, our brothers and sisters, with prayer, encouragement from Scripture, and the ministry of presence. We can be there for them. Ours were there for us.

Still, there are places we must walk alone. Only I was allowed to go back with Matt to be prepped for surgery. Walled in with privacy curtains, we sang and prayed, trusted and hoped in the Lord together until the nurse and doctors rolled him away. Both of us had our own path into the unknown. Would Matt make it out of surgery? If he did, would he be the same? Would I walk in the hospital as a wife and leave as a widow? Would Matt even remember me or the kids?

The waiting room buzzed with family and friends. The pastor of a church nearly a thousand miles away had arranged for lunch to be provided. My Facebook and Twitter feeds exploded with prayers and notes of encouragement. I felt carried on the shoulders of many whom I may never meet. Social media has a dark side, there’s no doubt, but it is a venue for just as much, if not more, good.

A nurse called every hour or so to update us on Matt’s progress. Eight hours after they made the first cut, she told me that he was finally in the neuro-ICU recovering. Shortly after the nurse’s call, the doctor appeared and led us to Matt’s room. The pit in my stomach was the size of the Grand Canyon. One fear was allayed: Matt survived the surgery. But another fear vexed: Would the blank stare I saw in the ambulance be the same look on his face in the ICU?

A Long Road to Recovery

To my relief, Matt greeted the doctor and me with his usual, “Hey!” He correctly answered the doctor’s questions about where he was, who he was, what he’d gone through, and who we were. I held his hand and looked into his eyes to see if I could still spot “Matt.” He was there. He even cracked jokes so that everyone in the room would feel at ease.

The eight-hour trauma to his brain caused his eyes to quiver. His head was wrapped in bandages; and his face was swollen from the intravenous fluids and medication. My rock, once again, was as fragile as I’d ever seen him. I stood at his bedside utterly divided. All at once, I felt two forces pulling me in two different directions. One, to dart into the hallway and weep; while the other pinned me to the floor where I stood. I wanted to be strong for him as he had been strong for me. I didn’t want him to see me gasping for air between sobs. In the moment, I thought I was in shock at the sight of him. As I look back, I wonder if all the weight of the time leading up to the surgery, the unknown outcome and implications, and, finally, the relief of seeing him alive, broke the dam of emotion. I’m not easily given to tears, but when they come, grab a life raft.

Over the following weeks, Matt got worse before he got better. The medication fog didn’t help, but the deficits caused by having a golf-ball-sized piece of his brain removed began to show. His signature facial expressions and warmth faded to a flat affect. The whole left side of his body was weak. The only stimulus he could endure for any length of time was music. One rarely saw him without his earbuds and iPod. I was glad that something brought him comfort, but the music began to isolate him from the outside world. Once he recovered his physical strength and some mental clarity, I gently confronted him about it. I entreated him to be present with us, and he conceded.

When Burdens Are Too Heavy

Hands down for me the hardest part of this phase of Matt’s battle was carrying his diagnosis and prognosis for a week before he was told. The doctor wanted to divulge the results to me so that we could get moving toward treatment. We waited to tell Matt so that he would have the mental space to heal physically. We didn’t want to burden and possibly hinder his recovery. Besides the doctor and myself, only one other person knew Matt was diagnosed with a malignant brain tumor and given only two to three years to live.

It was a weight worth carrying even if I felt clumsy underneath it. Matt had always been the one to whom I would first go for counsel. To make the decision not to tell anyone else was challenging. I had never really done such a thing. Normally, I would have detailed the situation to Matt, recited my perspective and uncertainties, and then waited to hear his final verdict. But I couldn’t this time. I had nowhere else to turn but to the Lord. Sure, I had mentors and godly counselors at my disposal, but I didn’t want to reveal the results yet. I felt that I shouldn’t. The Lord was faithful to anchor me in his steadfast love. He had been generous in giving me Matt, but now he pressed me to press into him. Like the men in ships, I came to my wits’ end. There was no one else to turn to but him.

The “new normal” took some adjusting. Everything felt backwards. Matt was frail and lacked the strength to anchor our crazy family. Without his clarifying perspective, I struggled to get my feet underneath me. And then I happened upon this verse:

The LORD is exalted, for he dwells on high; he will fill Zion with justice and righteousness,

and he will be the stability of your times, abundance of salvation, wisdom, and knowledge;

I wept when I read the words in bold. I was “reeling and staggering” (Psalm 107:27). My heart longed for something firm beneath me. I yearned for stability. Here I found comfort: My stability is ultimately found in the Lord. To cry out to him in the midst of the storm is to find he alone can sustain me.

As of today, Matt has been cancer-free for 5 years, 7 months, and 24 days. He receives a scan and sees his neuro-oncologist twice a year to monitor his progress. While we would be delighted to call him “in remission,” we were told at his diagnosis that brain tumors are never truly cured. However, we believe in a God who can do the impossible. We ask for and believe that, fully knowing God is able. We put our trust not in Matt’s health but in the Lord of steadfast love. I can look back and say that he truly sustained me even in all the fear and questioning. In your own storm of sorrow or pain, he is the anchor who will sustain you too.

Lauren Chandler is a wife and mother of three. Her husband, Matt Chandler, serves as the lead teaching pastor at The Village Church in Dallas, Texas. Lauren is passionate about writing, music, and leading worship, not only at The Village Church, but also for groups across the country. Her first book is Steadfast Love (B&H Publishing). Check out her website or connect with Lauren on Twitter or Instagram.