I’m learning that femininity goes much, much deeper than roles like “wife” or “mother."
Charity Singleton Craig 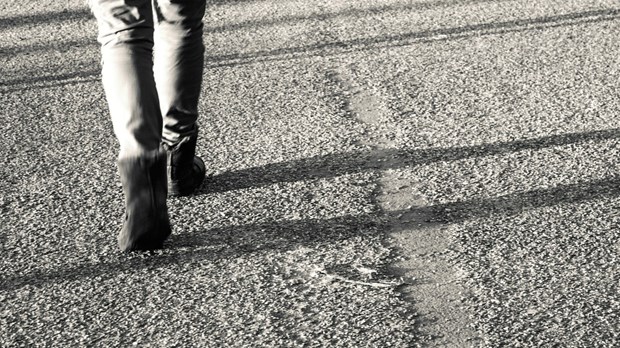 “What if Charity is actually a man and hasn’t told Dad?” one of the boys said at the table one evening during dinner. Another chimed in, “Yeah, I think Charity is really a man.”

“I’m not a man,” I protested. “I’m a woman. I dress like a woman. I’m married to your dad.” I sighed, hardly believing I was having this conversation with my stepsons.

“Are you going to chime in here?” I asked Steve. He just smiled.

“I’m not even going to acknowledge those comments with a response,” I said. I feigned offense while chuckling under my breath. I know they were teasing. If there’s one thing I still marvel at after two and a half years of being a stepmom, it’s the vast range of entirely inappropriate comments that preteen and teenage boys can come up with in the name of humor. Calling their stepmom a man disguised as a woman fell firmly into that category.

But their teasing hinted at a question I have been wrestling with for years. I am a woman, but what makes me so? Besides my obvious anatomical features and apart from the “F” on my birth certificate and driver’s license, how else would I defend who I am?

Am I a Woman if I’m Not a Wife or Mother?

For the forty-two years I was single, I struggled even more to answer this question. Some of the obvious ways society might identify me as a woman—being wife or mother—were off the table for me. I didn’t even date much, and by the time I was thirty-seven, cancer had rendered me surgically sterile.

Most of my days were spent in contexts in which my gender didn’t seem to matter. Men and women both performed the same job duties I did. I had platonic friendships with men and women. I lived by myself and took care of my home, my lawn, my car, and my bills all on my own. There was no obvious distinction between me and any of the men or women I encountered each day. We all existed in a state of suspended genderless-ness.

Or so I thought.

Every once in a while, I would interact with boys or men in a way that would remind me I was different. When a stranger helped me carry large bags of ice to the car or my best friend insisted her seven-year-old son hold the door open for me, I was confronted with the ways our society often distinguishes between the sexes. I know some women who would be offended by such gestures of male chivalry and it wasn’t that I was looking for a knight in shining armor. But somehow I craved anything that defined me specifically as a woman. Contrast seemed the most obvious way.

For several months, I tried wearing skirts and dresses more often. When people began to notice, I told them I was exploring my womanhood. (They were wise to be skeptical.) During that season, every time I took the garbage out or mowed the lawn or got the oil changed in my car, I would think to myself, This is man’s work. Someday, I’ll have a husband to take care of these things. (I never once felt that way when I did the laundry or washed the dishes, though.)

Now that I am a wife and stepmother after decades of singleness, now that my femininity stands next to the masculinity of the boys and man I live with, the differences aren’t nearly as stark as I imagined they might be. My husband does mow the lawn and take out the garbage—and I am very grateful. But he also does the laundry and washes the dishes—tasks for which I am even more grateful. I am the “handier” of the two of us, so it fell to me to shimmy into the crawlspace this winter to install a utility heater to keep our water pipes from freezing.

I still wear dresses occasionally, but most days I wear sweat pants or blue jeans. Sometimes, my husband mistakenly puts my clothes in my stepson’s laundry basket or vice versa. It’s hard to tell whose is whose.

Still, when the boys teased me by calling me a man, they were comfortable doing that only because I so clearly am not a man. I am a woman. Somehow they know the inherent difference. And slowly, I am discovering it as well.

I began to understand this distinction a few years ago when I taught a book study at my church about twelve women in the Bible. We started with Eve, but since I was still single at the time, I felt almost no connection to her as the wife of Adam and the mother of Cain and Abel (aspects of her identity that were highlighted in the study guide). I worried that other women in our group who weren’t married or didn’t have children might feel excluded right from the start if we connected femininity solely to these roles.

But as I studied and prepared for the lesson, I realized that if Eve was the quintessential woman yet was never a daughter or aunt or sister or niece (roles I did embrace as a single woman), then maybe the key to femininity had less to do with roles and more to do with character, with spirituality, and with the call to bear God’s image to others.

During another book study I co-taught, a chapter on sex and romantic relationships fell to me, the 30something virgin. I was tempted to trade lessons with one of my co-leaders. But as I prepared to teach, I realized that I, too, was “sexual” whether or not I had had sex. I, too, was created for romantic relationships, whether or not I was presently in one. So I taught that lesson to the group, blushing through much of the discussion but also walking away with a growing sense of myself as a woman: physically, emotionally, spiritually.

The roles I fill in my family, church, or society—whatever those roles may be—do contribute in part to how I define myself as woman. Likewise, seeing my femininity in contrast to the masculinity of my husband and stepsons provides a bit of clarity for me. But becoming the woman God made me to me goes so much deeper than roles or contrasts. Embracing all of who I am—my emotions, desires, creativity, physicality, and more—expands my understanding not only of who I am but what it means for me to be a woman.

The boys occasionally still bring up the “Charity is a man” teasing, mostly because it gets a rise out of me every time. But even as we laugh it off, I know that my identity as a woman is much broader and more important to me than I ever expected, single or married.

Charity Singleton Craig is a contributing writer for Tweetspeak Poetry and a staff writer for Curator Magazine. She is the coauthor of On Being a Writer. Connect with her at CharitySingletonCraig.com or on Twitter at@CharitySCraig.