5 insights from his ministry
Diane Paddison 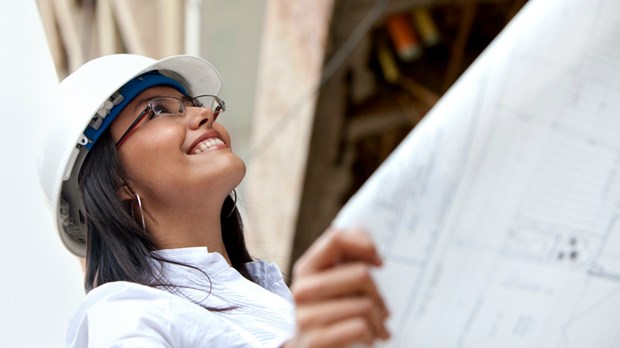 Would you choose Jesus to run your company? I never thought much about that question until I picked up a copy of Laurie Beth Jones’s book, Jesus, CEO, many years ago. Jones challenges readers to take a close look at the way that Jesus organized and inspired those around him to accomplish great things. Over time, Jesus’ methods have been tested and proven.

When we think about the life of Jesus, we tend to focus on his humility, compassion, and sacrifice—traits that we should all strive to bring to the workplace. Yet there’s also a lot to learn from the practical ways Jesus led his team.

In a relatively short time, Jesus called together an unlikely group of men, built them up, and inspired them to literally change the world. Researcher Liz Wiseman refers to such leaders as multipliers because they amplify the talents and capabilities of those around them. Her book Multipliers emphasizes that while the best leaders are humble and care passionately about their team, they are almost shockingly hard-edged. They see great things in their people, and they expect great things. We see this kind of exacting leadership in the way that Jesus offered blunt correction to his disciples (see Matthew 8:26; Matthew 14:31; Luke 9:46–48). Jesus loved his disciples, but he cared more about their development and their purpose than about their immediate comfort.

What were some of Jesus’ other leadership secrets?

Jesus Knew Who He Was

I often tell my team that I know who I am, and I freely admit my own shortcomings. I know myself and what I’m good at, and it helps me prioritize both my work and my team’s. But Jesus knew who he was at a much deeper level. How often and in how many ways did he tell people that he was God’s son? Few understood him, and fewer still believed him. But the opinions and expectations of others never changed his opinion of himself.

Jesus knew without any doubt that he had been sent to earth to fulfill God’s covenant. He knew that his incarnation would require him to suffer to the point of death, and that his calling ran completely contrary to what people expected of him. The pressure on Jesus to rescue the Jewish people and establish a new Israel in his immediate time and place must have been tremendous. He had the power to do what others expected of him, yet he did not waiver in his commitment to his calling. He suffered death in order to do what the Father called him to do.

One great example of this type of resolve is my mentee Liz Bohannon, Founder of Sseko Designs. Liz and I recently had a conversation about some of the issues we see in the workforce as many people approach their careers with the expectation that “work shouldn’t be hard.”

Liz launched Sseko’s sandal business ten years ago with little more than a firm resolve to fight injustice and make college education more available to young women in Uganda. She faced many days when she could have easily given up, but she kept pushing. Today, Sseko has grown into a sustainable model for supporting and developing women leaders and over 60 women have been given the opportunity to go to college (and to pay for it).

I am often surprised by the number of instances when Jesus withdrew from the crowds to spend time alone in prayer. On the very night before he was arrested, Jesus chose to be alone with his disciples, and then retreat further to pray privately for the strength to endure what lay ahead. Jesus recognized that to fulfill his mission, he needed to have the strength and ability to do so.

I saw a similar self-awareness in my former boss and CEO at Trammell Crow Company. Bob graciously took the time to meet with our corporate interns over lunch and give them his advice for successful leadership. My former interns still remember Bob’s first priority and piece of advice was to take care of your health. He said that you can’t take care of your family or your job if you can’t take care of your health. In fact, Bob would get up early to work out no matter how late he’d been up the night before or what country he just flew in from. He knew that if he got sick or lost time at work due to his health, the company would suffer.

Jesus was exacting as a leader. He asked his disciples to leave everything and follow him. He asked the rich man to sell everything he owned and follow him. He demanded much, and when people had questions, Jesus provided more parables than direct principles. Though he displayed tremendous care for others, he was also quick to ask, “Have you no faith?” On the night he was arrested, Jesus told Peter point blank that he would deny Jesus, leaving Peter a bit confused.

A transformative leader is not afraid to offer insights that challenge people’s assumptions about themselves. In order to do this effectively, you have to be the kind of leader who takes the time to really see the people around you and to think critically about their skills and strengths. It is incredibly powerful to be able to say to someone, “I know you see yourself as X, but I see something different. Here’s why.”

Jesus had many followers, and he preached to large crowds and performed miracles. Yet to a more select group, the disciples, Jesus gave an explicit purpose: to “go and make disciples of all nations, baptizing them in the name of the Father and of the Son and of the Holy Spirit. Teach these new disciples to obey all the commands I have given you” (Matthew 28:19–20).

To make disciples of all nations is a tremendous purpose. It is also a weighty command. What higher purpose could there be than to serve the God of heaven and earth by revealing his truth to others? At that moment, Jesus told his disciples that their purpose in life was the same as his own.

In my current role at 4word, I have the pleasure of formally mentoring several young women each year, and connecting informally with many others. I hear frequently that people are trying to “find out who they really are” or “what they want to be.” I am encouraged that so many young women are seeking to understand who they are and who God made them to be.

Yet I caution them that they can’t be just anything. God made each of us a certain way and gave us each certain gifts. I will never be a musician. My purpose is not to write songs, and I know that. But I do have a purpose, and I do feel called to serve God, my family, and the teams I work with at 4word. At the end of the day, I know I can do that best if I look to the example Christ Jesus set for us and try to lead people similarly to how Christ himself led others.

Richelle Campbell contributed to this article.