A Christian response to gender-based inequity
Kelli B. Trujillo 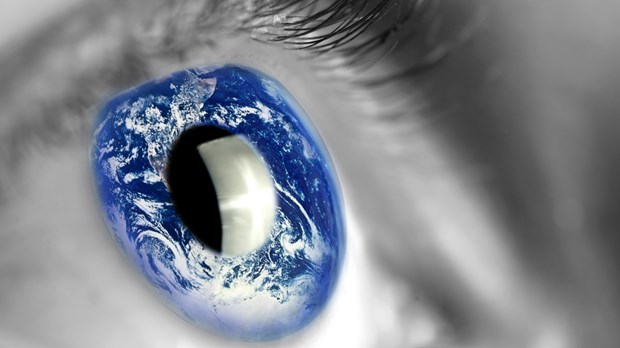 Wait . . . What?!” After marching around the living room, singing along to “Sister Suffragette” from our Mary Poppins soundtrack, my daughters had stopped to ask me what in the world a suffragette was.

When I started to explain that women at that time didn’t have the right to vote, I was interrupted by my incredulous third-grader, eyes wide in disbelief. She simply could not comprehend a world in which it was normative for only men to vote.

Thankfully, my daughters are growing up in a world in which women now have the right to vote in every country on the planet (with the exception of Vatican City). Economists note that women are wielding increasing economic power, both in terms of employment and spending.

Yet inequities certainly still remain: Women continue to face a significant pay gap when compared to men doing equal work; a “glass ceiling” persists when it comes to women in positions of executive leadership; and while women’s political power is increasing, globally women make up only about one-fifth of national governing bodies. Meanwhile, millions of girls are barred from access to education. And as women around the world face gender-based discrimination, we’re simultaneously subjected to cultural messages linking female “power” primarily with sexuality and the male gaze—a distorted understanding, to be sure.

As Christians, what are we to think of these disparities and distortions of power?

First, we understand power differently. We humans tend to hunger for power—for control over others, for self-aggrandizement. In Scripture, we see this human view of power repeatedly linked to vices like greed, lust, pride, and injustice.

Yet redeemed by Jesus, we can embrace an entirely different understanding of power. Rather than self-aggrandizement, we aim to grow toward Christ-centrality. Instead of leading by our own strength and initiative, we seek to rely on the power of the Holy Spirit. And we take confidence in the paradox that the power of God often shines brightest through our own weaknesses and inadequacies. Rather than brashness, or dominance, this type of power is demonstrated in grace and love.

Second, we embrace our calling and influence our world. We’ve each been called by God and uniquely gifted by him to embody the gospel message in our community and to build up the church. Christian virtues like humility and service do not require us to mask our gifts, shirk leadership opportunities, or stay in the shadows! Whether God is calling you into an official leadership role or to influence others in other, less “official” ways, that calling is significant. As you step into that calling, embrace your God-given gifts and use them to influence others for his kingdom.

Finally, we stand against gender-based inequity. Scripture offers a clear and resonating affirmation of the God-given dignity and equality of women and men. We also see in Scripture God’s consistent call for his people to speak up for and protect the rights of those who are marginalized, overlooked, or rendered powerless. So wherever we see women being demeaned, used, marginalized, or victimized, as a church, we speak up and take action in Christ’s name.

In this issue of Today’s Christian Woman, we’re exploring how Jesus invites us to understand power differently. In “Jesus, Women, and Power,” Christianity Today’s executive editor, Andy Crouch, invites us to contemplate Jesus’ encounters with women and to consider what they teach us about authority and vulnerability. And in “Don’t Underestimate the Power of Prayer,” Priscilla Shirer prompts us to reimagine our approach to prayer, enlarging our perspective on the power this discipline truly has.

How might God be calling you to reimagine your understanding of power and influence? Our hope is that these articles equip you to utilize that God-given influence to impact your world.