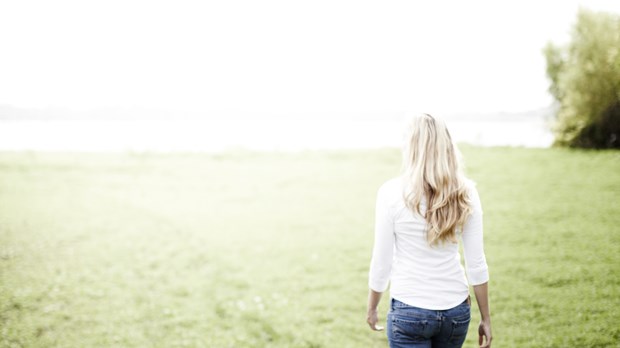 Dan Allender recently released Healing the Wounded Heart: The Heartache of Sexual Abuse and the Hope of Transformation, the long-awaited sequel to The Wounded Heart, published more than 25 years ago. Part of what makes Allender’s work so successful is his seamless weaving of science with biblical principles. It’s not an either-or situation for Allender—science, biblical truths, and experience can all testify to the same end. In a culture inundated with accounts of sexual abuse, Allender’s advice for survivors is refreshing and surprisingly practical.

The Devastating Effects of Abuse

While statistics may reveal that sexual abuse of children is actually down, as a society we’re growing increasingly desensitized to abuse that may seem less obvious to us, like sexual harassment, unwanted touching, or other forms of sexually aggressive behavior. “We’re living in a world in which abuse is still severe, but it’s also becoming almost more democratized—like it’s just another part of growing up—and issues of hooking up and the use of alcohol and drugs can be forms of perpetration of abuse,” Allender says. “While there is early indication that there has been a decrease in sexual abuse, simultaneously I think there has been an increase in a form of sexual abuse that often gets ignored as sexually abusive.”

Few would initially consider the aggressive passes of a pushy college date equivalent to the abuse of a child by an authority figure, but it is abuse, and it deserves to be labeled as such. When abuse doesn’t take the form we typically expect, we might unwittingly minimize its severity and long-standing effects—a tendency, Allender says, that’s detrimental to the health of the church. This minimization inevitably leads to shame.

“My stance is that evil’s intent is to create a level of silence that contributes to shame, which then reduces abuse to something that can’t be addressed, leaving you isolated and in that isolation susceptible to accusation and judgment. And further, it drives you toward shutting down or dissociating, so then it leaves you isolated and numb,” Allender observes.

However, the effects of abuse don’t begin and end with isolation. As Allender explains, serious physical repercussions actually affect a survivor’s brain and response system. “In cases of significant abuse, the hippocampus, which helps transmit warnings of danger, can shrink up to 10 to 14 percent, and that alone will significantly affect its ability to regulate, making wise decision-making that much harder.”

In fact, when abuse has occurred, the amygdala, better known as the fight or flight sensor, can actually stay engaged far longer than it would otherwise. This kind of overstimulation of the amygdala can result in excessive responses to minor triggers, increased sensitivity and impulsive behavior, and decreased rationality. So in addition to the emotional, physical, and spiritual scars that accompany abuse, there are consequences to the physical makeup of one’s brain.

Healing from the Inside Out

But healing is not impossible. “You can only be transformed by what you have the courage to name, and you need to be willing to engage the story of harm not at 30,000 feet but in the trenches,” Allender says.

The key to healing then lies not in avoidance but in active and intentional engagement with one’s trauma. To refuse to work through one’s abuse has devastating results: “Our health is attached to significant past trauma, and our unwillingness to engage the particularity of our own story leaves us vulnerable somatically,” he says. “And it leaves us vulnerable spiritually to the assault of evil.”

So what does engaging one’s story look like? Well, like many great stories, it starts with a blank piece of paper and a pen. Allender recommends writing as a tool to facilitate healing, especially with the wealth of data that shows a link between writing and changes in the biochemical structure of our brains.

But writing is only one potential outlet for healing. “Though harm was done in relationship, redemption is meant to take place in, with, and through relationships as well,” Allender says. “The brain can change, and certainly it’s not overnight, but our willingness to engage the story with kindness and in a community of kindness becomes a formative process of changing heart, mind, and soul.”

According to Allender, it’s in relationships where kindness and trust play a foundational role that true restoration and healing is possible. Cornerstones like honesty and comradeship allow for deep, vulnerable discussions that are both wanted and needed.

Often survivors are desperate for healthy attachment with a person who can help metabolize some of the heartache that they are experiencing. And it’s exactly this response—an eager, almost insatiable desire to cut open and share one’s deepest wounds—that actually leads to regeneration in the brain.

Click here to read more on recovering from sexual abuse.

“The really sweet news is that over time, with someone in a trusted, attached relationship—which can be between a husband and wife, between you and a good therapist, even between you as a 14- or 15-year-old and a trusted mentor—literally your brain regenerates your hippocampus,” Allender explains. “It’s growing through the process of reiterative, honoring storytelling and engagement. So one just needs to stand back from that and say abuse is not only dark and evil, but the restorative process is simply God-honoring and beautiful.”

Even while the hippocampus works to repair itself and the pain of the abuse becomes easier to bear, often the scars can and will remain. But this, Allender claims, is just a reflection of Jesus Christ in us: “There is the reality of living at one level with scars that we cannot fully erase but simultaneously knowing that Jesus bears the scars of his dying even in his glorified body. And that’s still one of the mysteries to me that we as a believing community don’t speak to enough.”

Healing and forgiveness are entirely different beasts. You may attempt one without the other, but progress is made when you are able to make strides in both. In Healing the Wounded Heart, Allender claims that “forgiveness frees the heart from resentment and the accusation of evil.” But what about when that accusation is well-founded? What does this mean for survivors who’ve experienced evil firsthand? Allender addresses these concerns by pointing survivors to grapple first with their own inner struggles:

Forgiving oneself may be essential to the healing process, but forgiving an abuser seems much more complicated. Is it accepting an apology and allowing yourself to maintain regular contact with the abuser? Is it welcoming the accused back into the fold with open arms? Or is it cutting them off completely?

“This is an arena in which bad theology has shaped our understanding of what it means to forgive—a theology that basically says forgive the abuser,” Allender says. “Do I believe that’s true—we are to forgive those who have done us harm? Of course. But the notion of, ‘Well, let bygones be bygones,’ it’s so nauseating, so contrary. To forgive is indeed to love, which not only cancels the debt but intends to do good to the person who brought harm.

“But sometimes doing good is literally having them arrested,” he says. “Doing good is exposing the violence and darkness of their harm. So we can’t presume forgiveness means pretending that there is no harm.”

So if forgiveness isn’t just “forgetting” what has been done, what exactly does it look like? “What I believe it means to forgive is canceling the debt and offering your heart to do good, which is to bless the other—as long as one understands that blessing bears a kind of boldness and strength, not a passivity in a pretense, or passivity that ignores the harm done,” Allender says.

Holding these ideas in tension—being able to hold people accountable for their actions while also cancelling the debt—is ridiculously difficult, and it may seem to stand in conflict with passages in the Bible that say we are forgiven to the extent that we are able to forgive. But, as Allender says, “Scripture is far richer than our limited ability to approach just a single verse and understand the intricacies of forgiveness and all that it entails.”

As our interview came to a close, I asked Allender what the end game was for those who have been abused. What can they ultimately hope for in this process of redemption? He responded:

That one day they’ll be able to look at their wounds and scars and be able to bless them, always grieving, always bearing some anger, but also knowing that “You meant it for evil, but God meant it for good.” That they’ll be able to hold the paradox of longing for reconciliation while recognizing if it’s not possible as far as they are able to achieve it. That they’ll learn to truly forgive but also not fall into a false and cheap forgiveness. That is what they can hope for.