It's actually not that hard
Lisa-Jo Baker 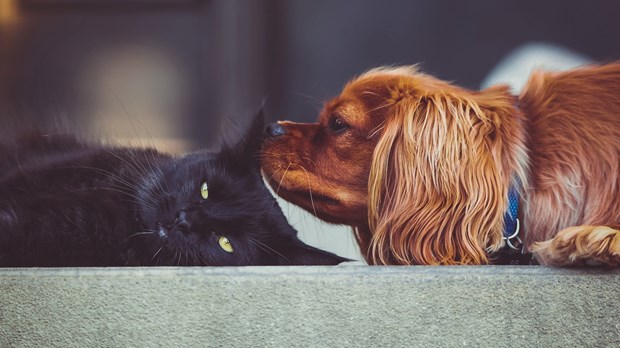 “Here is a simple rule of thumb for behavior: Ask yourself what you want people to do for you; then grab the initiative and do it for them!” (Luke 6:31)

Okay, here it is—this is the secret to finding and keeping lasting friendships: become women who want to see the women around them flourish. They have a word for that in Hebrew—it’s shalom. But not shalom like you might think. Not the overused, under-appreciated translation that we’re so used to throwing around as the word peace—as in the opposite of conflict. Instead, this word is used more than two hundred times throughout Scripture in a radically more interactive way.

The kind of shalom we’re challenged to give to the people around us requires us to take an active interest in their physical and spiritual well-being. When you look up the various translations to understand how the word is used, shalom means caring about someone else’s safety and soundness in body, welfare, prosperity, peace and contentment, friendship, and good health, to name just a few.1 In addition to caring deeply about seeing conflict come to an end, shalom is passionately invested in seeking the well-being of others—other people, other places and cultures and neighbors. It’s about living into the Great Commission to become a blessing to the people around us—the “command for the children of Abraham to help the nations experience all the good gifts that God longs for them to enjoy.”

Shalom is a radical word that challenges us to wake up from our obsession with ourselves and instead start the deliberate choice of focusing on the people around us and desperately caring less about ourselves and more about their “health, prosperity, harmony, and wholeness. It means perfect welfare, serenity, fulfillment, freedom from trouble, and liberation from anything which hinders contentment.”

When Jesse sent his teenage son, David, out from his daily grind among their bleating flock of sheep to go and check on his brothers who were fighting at the front lines of King Saul’s army, he was sending David to check up on their “shalom.” To see how they were doing physically—did they have enough to eat? As well as to see how they were doing spiritually—were they discouraged? How was their mood, their sense of hope, their faith in the outcome of the battle?

It’s the same word Jesus used in His intimate sermon to His disciples when He told them, “Blessed are the peacemakers” (Matt. 5:9 esv)—the “shalom makers.” “It is a word bursting with energy. It mandates action and initiative.” Those who are invested, interested, and diligently working for the well-being of the people around them. “For they will be called sons of God” (Matt. 5:9). Because choosing this hard and deliberate course of being a peacemaker is to walk in the footsteps of the God-man, Jesus. The shalom maker who actively, deliberately stepped into every day of His life on earth choosing our well-being over His own even past the point when it cost Him His own life.

That’s the gospel. We are at peace so we can be peace. We’ve been invested in so that we can invest.

So, what can you do to find safe, loving, engaged friends whom you can trust never to unfriend you? Become radically invested in the people around you. Take the initiative and become that kind of friend first. The kind of friend who:

Draws us closer to God.

Draws us closer to others.

Helps us become the real person God created us to be.

Stop keeping score—who called who last, who owes who an e-mail or a play date or a lunch date—and start initiating. Friendship isn’t something we passively receive. Friendship is something we actively do. It’s a gift we offer for free, not a demand we make with a stamping foot.

It makes me think of my friend Crystal who is a fitness coach for a group of women she’s gathered with gentleness and persistent encouragement. For a year I watched her labor of love, first on her own fitness journey as a full-time working mama, as she began the hard, deliberate work of making time for her health. And as she climbed that mountain, she invited others into the journey with her. I’ve never seen such guilt-free encouragement. Such determination to see the women around her grow stronger and more confident without any agenda of her own—other than simply being invested in their shalom—their wholeness, health, mind, body, and spirit. She has become a relentless cheerleader, and it’s so endearing that it’s what finally motivated thisforty-something mom who spends hours hunched over a computer to believe that maybe she too could try to commit to fitness. Not out of guilt, but out of friendship.

I want to be the kind of woman who makes other women feel welcome. Where they feel seen, valued, and safe. That means that whether or not we have close friends is entirely in our own hands. We simply have to be willing to start. Consider this section your friendship toolbox. It’s a collection of all the ways you can initiate and then deeply invest in a friendship. It’s not what you think. It’s not the secret to finding friends who will never unfriend you. Instead, it’s the key to becoming the kind of woman who would never unfriend her friends.

Excerpted from Never Unfriended by Lisa-Jo Baker, due out April 4, 2017 with B&H Books.