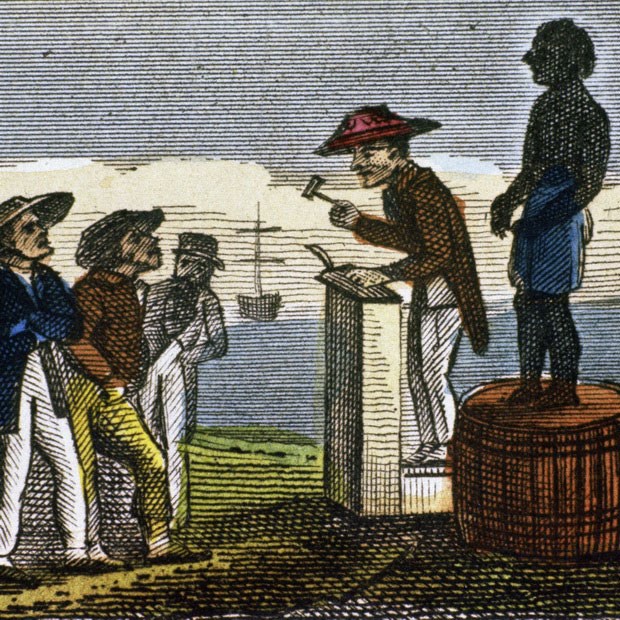 It's hard to imagine that a man with a gentle grin and a small, crippled body could turn the world upside down. Yet William Wilberforce, once described as "a shrimp," did, but not by might.

With a natural wit and eloquence, he charmed his way through school and into Parliament in the late eighteenth century. But he was aimless. "The first years I was in Parliament," he later wrote, "I did nothing, nothing, that is, to any purpose." He frequented social clubs and acquired a reputation as a songster.

Then he began reading Philip Doddridge's The Rise and Progress of Religion in the Soul. He soon realized wealth's emptiness and Christianity's truth. Outwardly he appeared confident, but inwardly he suffered: "I was filled with sorrow," he wrote. "I am sure that no human creature could suffer more than I did."

Wilberforce's gloom lifted on Easter 1786. His new life in Christ had begun, and a new sense of vocation grew within: "My walk is a public one," he wrote in his diary. "My business is in the world, and I must mix in the assemblies of men."

He gradually came to understand his "business" had something to do with slavery.

The slave trade in the late 1700s involved thousands of Africans, hundreds of ships, and millions of pounds; upon it depended the economies of Britain and much of Europe. Few were aware of the horrors of the so-called "Middle Passage" across the Atlantic, where an estimated one out of four Africans died.

Wilberforce was aware, and he was deeply disturbed. In an October 1787 diary entry, he noted the need for "some reformer of the nation's morals, who should raise his voice in the high places of the land." He then summed up what became one of his life's missions: "God Almighty has set before me the suppression of the slave trade."

Later he reflected, "So enormous, so dreadful did the trade's wickedness appear that my own mind was completely made up for abolition. Let the consequences be what they would."

And consequences there would be, mostly in the form of a steady, unrelenting opposition to his goals. From his deathbed, John Wesley wrote Wilberforce, "Unless God has raised you up for this very thing, you will be worn out by the opposition of men and devils."

In May 1788, Wilberforce, with the help of researcher Thomas Clarkson (whom Wilberforce praised as central to the cause's success), introduced a 12-point motion to Parliament indicting the trade. But the motion was defeated. The campaign and opposition intensified. Planters, businessmen, ship owners, traditionalists, and even the Crown opposed the movement. Abolitionists were viewed as dangerous radicals.

Yet Wilberforce refused to give up, introducing another anti-slave trade bill in 1791, which was also defeated.

Another defeat followed in 1792.

But gradually the public came to support the abolitionists' efforts, and in 1806 Parliament abolished the slave trade throughout the British Empire. Wilberforce wept in joy.

Not one to rest on his laurels, he next set his mind to the larger issue, the freeing of all slaves. This too required remarkable persistence. But in the summer of 1833, Parliament finally passed the Emancipation Act. Three days later, Wilberforce died.

Wilberforce and his allies (he never acted alone nor took credit alone) managed to rid Britain, the greatest world power of the day, of the greatest evil of the day, and only with the steady application of faith, politics, and persistence.