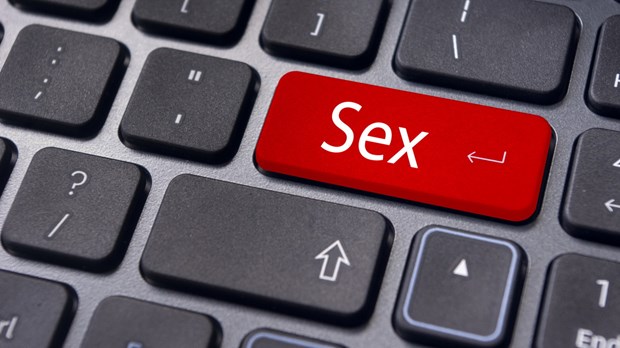 They're just three women with families —but they've decided to take up the battle against pornography, prostitution, and sexual addiction.

Stopped at the School Level

Sue McNutt, the mother of two, worked with business management in Omaha, Nebraska. As her company developed its Web site, Sue became increasingly aware of the wonders—and dangers—of the Internet.

"When God is in your life, you see the world and people differently," says Sue. "As a Christian, you want to make a difference."

So Sue went to 50 meetings over a year-and-a-half and made more than 100 phone calls. The battle went from the administration to school board meetings where Sue was able to stop the incomplete policy from being adopted four different times.

Finally, Sue wrote her own policy, which included filtering, to protect students. The Omaha school board voted unanimously to put Sue's policy on the books. Then the unexpected happened.

Nebraska's state-wide educational service group, which provides technology assistance, decided to support the use of filtering software after Sue's win, and even offered it free to all public schools in Nebraska.

"My ultimate goal would be for all schools to filter the Internet," says Sue. "But you have to fight the battles to win the war. You learn not to give up because the cause is right—and God is there fighting with you."

Susan McNutt: "When God's in your life, you want to make a difference."

Sue McNutt and her family have since moved to Fort Worth, Texas, where Enough Is Enough has asked her to set up an office. She's now seeking leaders to step forward in their communities to help continue policy change in their schools. You can reach her at 817-514-0234 or e-mail her at mcnutt@flash.net.

"Be informed," she tells parents. "Do your research … and make sure you have prayer support in this fight."

It's hard to avoid. According to Home Alliance, which markets X-Stop, a software block produced by Log-on Data Corp. that uses the addresses of bad sites as a filter technique, every 1 in 10 Web sites is now pornographic. You can reach them at www.xstop.com.

GUARDIANET
is a filtering program that allows you to individualize protection for family members. You can reach them atwww.guardianet.net.

BASCOM
GLOBAL INTERNET SERVICES, Inc.
is a service that allows you to create your own preselected collection of safe sites. Their address iswww.bascom.com.

The best protection may be family involvement. That's what Tracey O'Connell-Jay learned. Her sister was a 14-year-old honor student who disappeared with a man she met over the Internet (the family found the girl after several months). As a result of their experience, Tracey founded and directs "WEB WISE KIDS," a Web site that alerts parents to Internet dangers. You can reach her atwww.webwisekids.org.

A Prayer for Strippers

Her tour started at a midnight peep show. Then the policeman took her to a "modeling agency" and several topless clubs. "I felt so discouraged, like there was no way I could ever begin to affect this industry," Carolyn admits. But it was there she noticed the dancers.

"I was surprised to find out they're actually clean-cut college or career girls," Carolyn explains. "A lot of them are doing this simply because they need the money. The industry says, come in and work—you can make $1,000 a night."

On closer investigation, Carolyn discovered many of the girls had been sexually abused and used drugs or alcohol to get through their nights. Motivated by her faith in Christ and a deep desire to fight vice and injustice, Carolyn decided to provide them with a better way to make a living. With the help of the National Coalition for the Protection of Children & Families, Carolyn formed an organization called Memphis Citizens for Community Values, which uses mentors from local churches to help dancers leave the industry. That means providing the assistance they need to make the break—including paying their bills, helping them find jobs, and arranging free counseling and medical care.

Carolyn McKenzie: "I look at all these girls as the daughter I never had."

One 36-year-old woman named Maggie moved in with Carolyn's family. She had been a dancer since she was 13. Maggie's father had raped her as a child and other family members had sexually abused her. Maggie had run away when she was 16 and wandered the Memphis streets before a topless club owner let her move in—and took movies of her in sex acts.

As a teen, Maggie started taking drugs "like candy." Eventually, she decided to end her life. But just in time she came across the phone numbers of Christian groups that offered help. Maggie was about to hang up the phone when Carolyn answered.

THE NATIONAL COALITION FOR THE PROTECTION OF CHILDREN & FAMILIES battles pornography and all its related industries. They not only educate and train citizens at the local level, but provide resources on legal issues through their National Law Center. Call 513-521-6227 or fax 513-521-6337. Their Web site is www.nationalcoalition.org.

ENOUGH IS ENOUGH battles Internet child pornography. They can be reached at www.enough.org, or call 703-278-8343.

THE NATIONAL COUNCIL ON SEXUAL ADDICTION AND COMPULSIVITY is a professional organization dedicated to the treatment of sexual addiction. They're at www.ncsac.org, or call 770-989-9754.

"Carolyn's become a real mother to me," Maggie says. "Her family's the family I've been looking for all these years."

But Maggie isn't the only young woman Carolyn's assisted. Since 1992, Carolyn and the Memphis Citizens for Community Values have helped 30 women leave the sex-for-sale industry in Memphis.

"I look at all these girls as the daughter I never had," says Carolyn. "While each has her own tragic story, I want them to know that, through God they can turn their lives around."

Release for the Addicted

The women in a Nashville church circle look like any other 12-step support group. But they share a secret shame: They're sex addicts.

"There really is such a thing as sexual addiction," says Marnie Ferree, a Christian counselor who works with female sex and relationship addicts. "It's not just a male disease."

Marnie knows from experience. She's a recovering sex addict who's been sexually sober for more than six years. Her addiction cost her her first marriage, and she developed cervical cancer from a sexually transmitted disease. "I kept doing what I didn't want to do," she says. "That's the classic definition of addiction."

Marnie traces the root of her sexual addiction to early childhood. Her mother died when she was 3, and her father was a minister who was busy with his church. When she was 5, a 20-year-old family friend molested her. The abuse continued for years.

"I always remembered the incidents," she explains. "But I believed it was my fault because I wasn't raped."

Marnie became promiscuous as a teen and later got married. Despite being active in her church, she still got sexually involved with a series of men, most of whom were older. Finally, with her second marriage in deep trouble and her health ruined because of her addiction, she asked for help.

"I'd been raised in a Christian home, but to me Christianity was more about keeping rules than a relationship with Christ. Because of the sin in my life, I was sure God wanted nothing to do with me," explains Marnie. "But through the help of a Christian therapist and a 12-step support group, I got my life back together. I came to know and serve the God who's changed my life. It's only through dependence on God that I've been able to assist other women."

Marnie Ferree: "It takes hitting bottom before a woman can admit she really has a problem."

"For me, it's a visible sign of God's grace; he's taken my pain and sin, and is using them to help others," she says.

Last summer Marnie began holding intensive five-day workshops for female sex addicts that combine clinical treatment with spiritual counseling—the first effort of its kind in the country. So far, nearly 50 women have been through the program.

While participants call the workshop "life-changing," Marnie says it's hard to get the message out. "There's a huge element of denial," she explains. "It takes hitting bottom before a woman can admit she really has a problem. But with God's help, there is a way out."

1999 by the author or Christianity Today/Today's Christian Woman magazine. For reprint information call 630-260-6200 or e-mail tcwedit@todayschristianwoman.net.