And no, you can't cut in
Camerin Courtney 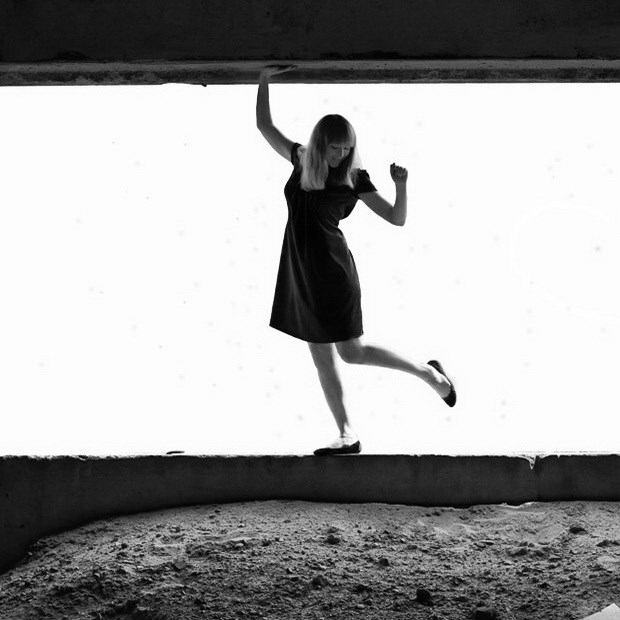 When I was in my kitchen last night doing the I-love-living-alone dance, I was struck again by how kooky I can be when I'm by myself. Since moving into a new apartment a couple months ago—my first solo gig in many years—I've gotten a real knack for spontaneous singing and dancing. For my neighbors' sake, I hope my walls are thick. My fashion statement when I'm home alone is usually something akin to "Look at me, I'm colorblind!" And for some reason, now that I live alone I've found it oddly liberating to use the bathroom with the door open.

Who we are when no one's looking also helps determine what kind of company we'll settle for at the end of the day.

There's a similar kooky phenomenon when I'm alone in my car—usually revolving around music. When I'm not chatting with God or having a meaningful conversation with myself (and occasionally other drivers, unbeknownst to them!), I'm like a one-woman dance party—singing and dancing up a storm. I have a feeling I've amused more than my fair share of commuters.

Sure, I know there's a downside to all this kookiness and aloneness. My car radio is usually way too loud, I've learned to pile needs-to-be-washed dishes or needs-to-be-dumped trash with the precision of an architectural engineer, and I watch way too many Friends reruns. My laptop computer, "Betty," has taken up residency on my couch, and I have to move her whenever non-electronic friends come over and want to sit down.

These are the kinds of things that remind me of sermons I heard while growing up—the ones with pointed titles such as "Who Are You When No One's Looking?" I'm sure these pastors were probably referring more to character issues than my newfound slobby tendencies, but I know I need to keep my table (a.k.a. TV tray) manners in check before I start belching aloud at the nearest T.G.I. Friday's.

While I think it's great for us Christians to contemplate who we are outside the watchful (and hopefully loving) eyes of friends and accountability partners, this issue takes on an interesting element for us singles. Who we are when no one's looking also helps determine what kind of company we'll settle for at the end of the day. If we don't like who we are when we're by ourselves, or if we aren't happy with our own company, we're much more at risk for being not-so discriminating when choosing dates. . . and mates. And that's dangerous territory.

My ability to crack myself up when I'm home alone not only keeps me entertained, but it also keeps me from settling for company for company's sake. And usually company selected (or settled for) out of that kind of desperation is bad at best and abusive at worst. God has higher standards for us—so shouldn't we mirror his desire for us to be in relationships with people who treat us with respect and kindness. . . and hopefully large doses of understanding and humor? I'd much rather be home alone singing arias in my kitchen than trying to fit into this paired-off world on the arm of a humorless meanie.

Usually company selected (or settled for) out of that kind of desperation is bad at best and abusive at worst.

When being alone is enjoyable, I think someday being together with a possible mate will be so much richer. True contentment and joy are only found within—not in the arms of any old Joe or Josephine. If there is a Mr. Right in my future, I think he'll get a kick out of my pirouetting prowess. And if there isn't, you'll find me happily belting my way into each new day (at least most of them).

So, who are you when no one's looking? If your answer is anything like my kooky antics, take heart. And if your answer is something lonely or depressing, won't you think twice about joining the ranks of us self-respecting weirdos? We may be single, self-entertained, and slightly off, but that's better than being married and miserable any day.