Jake didn't share my faith, so why was he winning my heart?
Chloe Norman 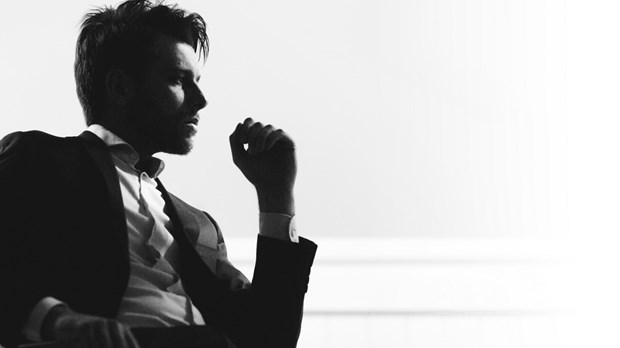 It's ironic that I met Jake at a church. But that's where it started—in a church sanctuary at a friend's wedding. During the slower parts of the ceremony, I scanned the crowd for cute, seemingly unattached guys. In his dark suit and preppy glasses, Jake definitely caught my attention. I quickly put together he was a friend of some friends of mine, and was pleased when he sat next to me at the reception.

Sitting there in the church basement with friends and family, I enjoyed chatting with this funny, talkative, well-dressed man. So when Jake asked if he could call me sometime, I gave him my telephone number.

The next time I saw Jake was when we met for dinner with mutual friends. Over the meal, the guys swapped fraternity stories about stupid things they'd done while drunk. While I knew they exaggerated their exploits to shock us girls, I should have been turned off. But for some inexplicable reason, Jake still intrigued me. Several days later, Jake asked me to meet him for coffee. It was a last-minute thing, and I almost didn't go. But as I spent time one-on-one with Jake, I discovered he was easy to talk to, intelligent, devoted to his family—and a non-Christian.

That realization should have ended my attraction. But I was drawn to this tall, dark, handsome male who was showing interest in goodie-two-shoes me!

In the weeks that followed, Jake and I exchanged flirty e-mails and occasionally hung out with his friends. When their conversation turned to drinking or their love of going to Hooters, I'd grow silent or roll my eyes and offer a speech about women not being objects—failing to mention, unfortunately, that our value comes from being made in God's image. Jake and his friends were more amused than convinced by my occasional ranting, so the conversations usually gave way to teasing arguments and laughter.

I told myself spending time with Jake and his buddies was harmless fun, maybe even God's answer to my prayer for more non-Christian friends with whom to share my faith. That is, until Jake asked me to join his family and friends for a weekend at a rented beach house. I was caught off guard. Suddenly my relationship with Jake didn't seem casual anymore.

Faced with the decision of whether or not to go, I finally asked a few Christian friends for advice. Maggie, a hopeless romantic, suggested that spending a weekend together would give me the chance to discuss matters of faith. Yet somehow I had the gut feeling the weekend wouldn't play out that way. Max, my best guy friend, told me to run as fast as I could in the other direction—not just from the invite, but from Jake in general.

I figured I needed more info to make the right decision, and sent a breezy e-mail to Jake asking about the weekend sleeping arrangements and whether or not there would be drinking. He replied that while there might be some drinking, I wouldn't have to be involved. He also included a flirty remark about where I could sleep. From what I knew of him, I was pretty certain he was joking. But pretty certain wasn't good enough for such a serious topic. I knew sex before marriage is a no-go for me, but couldn't assume Jake felt the same way. The less exciting Christian guys I'd dated in the past suddenly seemed more desirable. I hadn't realized how great it was to know we were on the same page when it came to Christian morals.

I sent Jake another e-mail to make certain he knew where I stood on the sleeping arrangements. His message back assured me he'd indeed been joking. "You'll have a bed to yourself all weekend, and I appreciate your conservative views; it's part of what makes you YOU," he wrote, adding a smiley face next to it. After reading Jake's e-mail, I felt giddy with the excitement of having someone interested in me—and guilty that Jake still didn't know the biggest part of what makes me me: Jesus Christ.

I finally made my decision about the weekend—and Jake—after I had dinner with Kate, a friend from church. As we wolfed down chips and salsa, I filled her in on Jake's invitation to the beach house. Usually one of my biggest cheerleaders, Kate listened quietly to my whole spiel, then paused thoughtfully for a moment. "You know, I'm glad you finally brought up this whole Jake thing," she said. "I've been worried about you for some time." Really? Now it was my turn to listen intently.

"What are you doing with this Jake guy? You know he's not a Christian, right? You can say it's casual, but I see your face light up when you talk about him," Kate said, as my face now grew red with the embarrassment of having the truth—which I'd previously denied to others and myself—laid bare. "He's not worth it. He's not worth you."

In the silent moments that followed, I finally faced the fact I'd only been fooling myself. I'd fallen for Jake with each interaction, flirtation, or teasing e-mail. I also realized most of my attraction had been to his attention. It had been a while since anyone had shown interest in me. Jake's e-mails, in which he'd openly expressed his attraction to me, had been refreshing. And also, I now realized, a means of playing with fire.

I'd known all along what the Bible says about being involved with someone who doesn't follow Jesus. I'd read 2 Corinthians 6:14—"Do not be yoked together with unbelievers"—many times during Bible studies and sermons over the years. And I'd seen a few Christian friends date non-Christians, then suddenly disappear from church. I should have known better than to fall for Jake. And that was the most difficult truth to swallow.

I thanked Kate for her honesty, then asked her to check up on me in the weeks ahead. After dinner I had a long talk with God; I apologized for boosting my self-esteem from the wrong source—a guy instead of him.

I knew Jake needed God more than he needed me. Part of his attraction to me undoubtedly had been an unconscious attraction to Jesus in me, and I didn't want to squelch that. Completely calling it quits seemed too extreme a measure; I'd cut off one of God's potential avenues for reaching Jake. I needed to finesse our relationship to keep it "just friends," but I didn't want my first flat-out talk about God to make him seem like some cosmic killjoy.

Thankfully, before calling Jake to tell him I couldn't make the trip, I discovered I had to attend an out-of-state conference the weekend after the beach getaway. I could tell him in all honesty that being out of town two weekends in a row would be too much. When I told him, I could hear the disappointment in Jake's voice. I think he knew I'd consciously chosen friendship over romance at this crossroad in our relationship.

Since that phone call, I've gently turned down other weekend outings in favor of more casual weeknight coffee breaks. And while I miss the rush of potential romance, I now feel more comfortable telling Jake about all aspects of my life—including the new ministry I'm helping to launch at my church and decisions driven by my faith. When Jake's mother grew ill, I let Jake know I was praying for her. When and if Jake makes steps in his own faith journey, I'll fill him in on all the reasoning behind my decision to remain "just friends." Until then, I communicate our faith differences as Jake seems open and as God leads.

I've also asked Kate to keep me accountable to our mutual faith in God, to ask those difficult yet necessary questions about my motives and my heart. I've sought to strengthen my security and self-worth by spending more quality time in prayer and Bible study, hopefully making me less susceptible to future temptation.

In a surprise turn of events, Jake moved out-of-state a few months after I declined his weekend invite. I pray fervently Jake will meet some strong Christian men during that vulnerable time of being the new guy in town. I hope he'll be open to other more positive influences now that he's away from his drinking buddies. Though our e-mails have grown less frequent, I look forward to the day when one of them mentions a great new neighbor who's invited him to church, or a coworker who's roped him into a men's Bible study—and the difference that's made in his life. Until then, I keep praying for Jake and mentioning my faith whenever it seems appropriate in our catch-up e-mails.

When it comes down to it, what Jake and I both need most is God. That's the most important common ground we share—a truth I'm trying to keep prominent to us both.

Chloe Norman is a pseudonym for a writer living in the Chicago area.