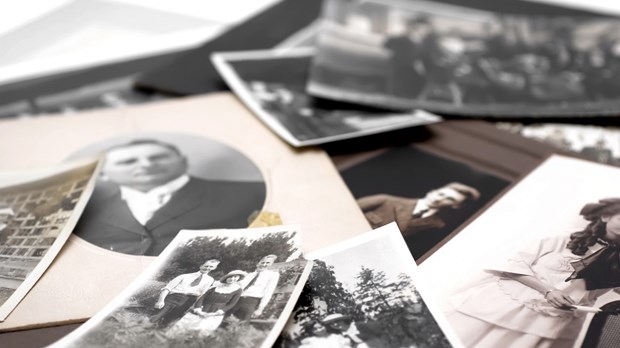 A. Exodus 20:5 says, "You shall not bow down to [idols] or worship them; for I, the Lord your God, am a jealous God, punishing the children for the sin of the fathers to the third and fourth generation of those who hate me."

The word punishing in this verse proves a stumbling block for some people. The King James Version translates this as visiting, which is more reflective of the original Hebrew word paqadh, meaning to inspect, review, number, deposit, or visit in the sense of making a call. It's also used for taking a census.

Ezekiel 18 assures us God doesn't punish children for their parents' sins. God clearly says, "I will judge you, each one according to his ways" (v. 30). I believe God is numbering or reviewing those who have been adversely affected by the sins of their parents and grandparents. For instance, if a pollster took a census of the number of alcoholics in three generations of an alcoholic patriarch's family, the head count likely would be very high. Why? Because alcoholism was deposited in the family line. It came calling, and an unfortunate number of children and grandchildren answered the door.

Can you think of any negative traits or habits in your life that have been in your family line for generations? Perhaps you can identify negative patterns such as alcoholism, verbal or physical abuse, pornography, racism, bitterness, or fear. These areas of bondage are anything you may have learned environmentally, anything to which you may be genetically predisposed, or any binding influence passed down through other means. Whatever the bondage may be, the Lord wants to rebuild, restore, and renew these areas of devastation.

We must face generational strongholds head-on. If we don't, they can remain almost unrecognizable—but they don't remain benign. Family strongholds continue to be the seedbed for all sorts of destruction. Oftentimes we've grown up with these chains and they feel completely natural. We consider them part of our personality rather than a strangling yoke.

Thankfully, Christians aren't doomed to live with our families' sins. The Cross of Calvary is enough to set us free from every yoke; God's Word is enough to make liberty a practical reality, no matter what those before us left as an "inheritance."

Before we parents die of fright, let's remember God is the only perfect parent. He's not cursing three or four generations over a little parental irritability. In fact, I don't believe he's calling a curse down on anyone. As believers under the New Covenant who have been cleansed by Christ's blood, I think the concept of generational sin applies to us through its powerful repercussions instead. I believe God is referring to a natural phenomenon described poignantly in Hosea 8:7, "They sow the wind and reap the whirlwind." Parents and grandparents must be very careful what they sow because it may reap the wind in their own lives and a whirlwind in the lives that follow.

Never underestimate, however, God's power to redirect and bless an entire family line for generations to come when we humble ourselves before him, confess our sins, and petition him for full redemption.

Adapted from Breaking Free.©2000 by Beth Moore. Used with permission from Broadman & Holman.

Copyright © 2004 by the author or Christianity Today/Today's Christian Woman magazine.