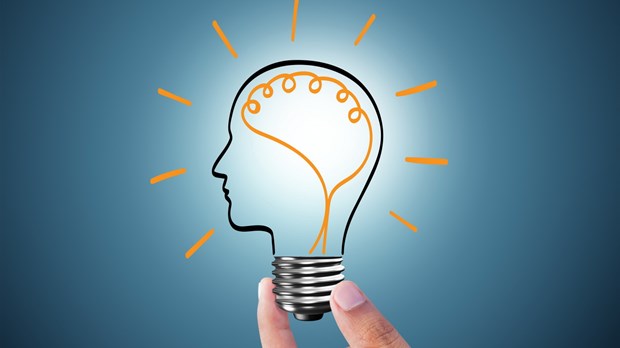 If you're like many women between the ages of 20 and say, 90, you regularly find things about men that perplex and exasperate you. While you may know the apostle Paul challenges us to "be patient, bearing with one another in love" (Ephesians 4:2), Paul doesn't live in your house with that man.

Through 15 years of marriage, we've had our share of vexing moments. More than once, one of us (who shall remain nameless) obsessed about a televised sporting event while the other asked a simple question about home décor. This led to less-than-constructive "interchanges" about the relative merits of spectator sports and "real life." These events—and others involving more volatile topics such as sex, career decisions, and parenting—only highlight the differences between men and women.

So as co-leaders of a church group designed for newly married couples, we decided to informally survey the women in our ministry. We asked them to tell us what puzzled them, frustrated them, and confused them about their husband.

A man often feels as though the rules are so different and mysterious that he wants to crawl in a hole and hide.

Their answers are best summed up in three seeming mysteries:

Adventure and challenge: What's so important about sports and competition? Why does he watch them on TV so much?

Communication and closeness: Why doesn't he talk to me more? Why does he forget what we talked about last night?

Sex and intimacy: Why's he so interested in sex? And how can he expect it after paying more attention to his favorite team than to me?

The key to solving these puzzles is to understand what your man really wants. Now please don't close this window as you double over laughing, thinking men only want one thing. Give them a bit more credit! Most men actually desire three key things; while these three aren't universal, you may find them useful conversation-starters with your spouse.

WHAT HE WANTS: to show you he's strong and capable. Most men don't fantasize about settling down, nesting with their kids, and spending their life in the safety of their suburban home. Rather, men dream of proving themselves as strong and capable. In his insightful book Wild at Heart, John Eldredge asserts that men dream of three things in their life: a battle to fight, an adventure to pursue, and a beauty to rescue. Beneath the surface, most men ask, Do I have what it takes?

So when men engage in a competitive activity, they're often captured by the challenge to prove themselves up to the task. Even when they watch sports events, they often put themselves into the athletes' shoes and wonder if they have what it takes to handle the scenario on the field.

In this challenging economic environment, men frequently ask themselves The Question with regard to work. Getting a good raise, promotion—or these days, just keeping a job—hit at the heart of the "Do I have what it takes?" question. He's often tempted to do what it takes to prove that he has what it takes, even if that involves sacrificing personal time or family agendas.

WHAT YOU CAN DO: Join him on his adventures. One of the most constructive experiences for our marriage was when we agreed to an overseas work assignment based in England. The adventure of living for 18 months in a different culture, traveling constantly with a toddler, and making friends all over Western Europe brought us closer together as a couple.

If you can't join him on an adventure, cheerfully send him off without you. Sherry knew Jeremy had a lifelong desire to go glacier climbing. She had zero desire to hug large pieces of ice herself, and since she was two months pregnant, Sherry couldn't go anyway. However, she made all the arrangements to send Jeremy away for a week of glacier climbing with a professional guide. No doubt Jeremy returned convinced he had the best wife in the whole world. We aren't suggesting you agree to be a weekly "hunting widow" as your man treks into the woods in search of Bambi's mother, but endorsing occasional adventures will build the love between you.

Show admiration and respect. There are few things men desire more from the woman they love. We saw our friend Kate do this for her husband, Bill, when he made a courageous decision to leave his job. When her parents nervously asked Kate about the decision, she simply said she had great confidence in Bill's ability to make good decisions. That was a big boost for Bill!

WHAT HE WANTS: to do things together. Many women look at the way they interact with their girlfriends, compare that to how men interact with their friends, and immediately assume men don't want to share their feelings. Let's be honest: Men never would dream of concocting something like a Ya-Ya Sisterhood. While they might conceive of a brotherhood, it would end up being more like a "Bungee Brotherhood"!

That observation aside, watch men interact with each other before you conclude they avoid close relationships. William Pollock, a leading researcher on men, points out in his best-selling book Real Boys that males do bond and show love—just not necessarily through words, but through actions. Pollock says, "Rather than tell his mom how much he loves her on Mother's Day, a boy may instead simply ask her if she'd like to go to the movies with him that day." According to Pollock, men also demonstrate love by protecting those they love or working together on a project.

We know a couple who demonstrate this dynamic. Jim and Cathy were going through the adjustments so characteristic of that first year of marriage. As we chatted, Jim talked excitedly about an upcoming vacation. Thinking it was a week or two away, we asked when they were going. It turns out it wasn't for another three months, but Jim anticipates it with great excitement because he sees it as their next opportunity to grow closer.

WHAT YOU CAN DO: Choose a hobby together. Tired of their steady diet of frozen pizza and Jell-O, John and Cheryl decided to take up cooking together. They took a class and regularly have date nights at home where they try out new recipes. Odds are, you too can find something to enjoy with your spouse. Most men talk more when they're doing something active instead of staring across a table.

Recognize your man may be trying to show you love in his own way. Rick shows love to Jennifer by making dinner or giving their baby her bath. Unfortunately, Jennifer really wants Rick to take the time to talk about their financial issues instead. For Jennifer to get the love she wants, she'll have to acknowledge his efforts and gently tell him that discussing the budget would also be very meaningful to her. Chances are, Rick will appreciate knowing more effective strategies for showing love, even if he finds them awkward at first.

Have realistic expectations. He may never be as verbal as you are, but recognize when your spouse is demonstrating active love. Try to show appreciation for his attempts. And yes, while he should remember the details of your conversations, sometimes he'll forget. A sense of humor helps!

What He Wants: clarity on the "rules." This may surprise you, but most men find great comfort in rules. Rules allow men to solve complex problems quickly with minimal discussion. That's why many a man has trouble when he gets into a relationship with a woman. He's learned clear (though sometimes unspoken) rules his whole life. Pollock says that in The Locker Room, the rules are clear: Be strong, sturdy, and silent; take extreme risks to show you're tough and fearless; do whatever it takes to achieve power and status; and hide sensitive, warm, or empathetic feelings, a.k.a. "sissy stuff."

When a young man moves from The Locker Room to The Board Room, he gets a new set of rules. He's taught hustle and determination are the only ways to get ahead in a dog-eat-dog world where he has to watch his back. And getting ahead is what's really important in The Board Room.

So a man gets confused when he finds an almost opposite set of rules at home. There, his wife wants him to share his feelings. To further complicate things, she also desires nonsexual touch—an affectionate hug in the kitchen or a cuddle on the sofa. None of the rules from other parts of their lives have prepared men to act this way. So while a woman's needs are legitimate, a man often feels as though the rules are so different and mysterious that he wants to crawl in a hole and hide. As one guy said to us recently, "I feel like I'm Bill Murray in the movie Groundhog Day—continually reliving the experience of trying to please the woman I love, but failing at it time after time. It's just no fun after a while!"

WHAT YOU CAN DO: Remember, your man shows love physically. While he may love sex because, well, he is a man, he may also see it as a way to communicate with you.

Tell him what wins your heart. And because the rules for getting your positive reaction may change, regularly update him on the "rulebook." Though we've been married more than 15 years, we regularly converse about what's working and not working in our physical relationship. While these conversations sometimes happen in our bedroom, some actually happen during what we call "couch time," a slot of relaxed time we create to debrief at the end of our day.

So try it out for yourself. See if you can identify any of the three desires in your man's life. Then talk with him about them to see if you're reading him right. When you do, we have great confidence you can navigate a path to your man's mind without a map!