Are we supposed to pray boldly or humbly?
Camerin Courtney 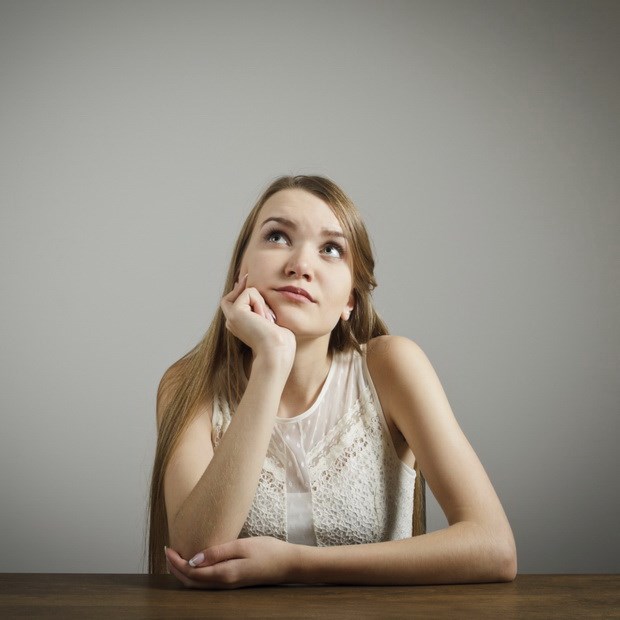 "I've told God this is going to be the year," my friend Jenny announced recently over lunch. "I don't have to get married within the next year, I just want to meet the guy."

"Oh really," I said with what I hoped was a small amount of skepticism in my voice. Something about "telling God" anything made me a smidge nervous. But I wanted to hear my friend out before jumping in with my reservations.

"Yeah," she continued. "The Bible says we're supposed to pray boldly and with specific requests. And well, I'm tired of just sitting here waiting for something to happen, cautiously approaching relationships and God. So I've joined several online dating services, and I've started praying big prayers. We'll see what happens." She shrugged and flashed me an optimistic smile, as if to say I know this is a little crazy, but what have I got to lose?

I fought back the urge to challenge her stance. Instead, after a few moments' pause, I offered a supportive, "Well, you'll have to keep me posted on how that goes."

The challenge of bold prayers

Her words turned over and over in my head in the days following our lunch. Something about them—besides the ring of bossing God around—didn't sit right with me. It took me a while to realize what was bothering me: I was worried.

Worried for Jenny, who suffered a huge breakup last year. The protective friend in me didn't want her to get hurt again if God didn't answer her prayer in the way she hoped. And frankly, I was doubtful that he would.

It took me longer to pinpoint what else about Jenny's prayer was getting to me. It was the presence of something in hers that seemed almost absent in mine: bold faith.

Emotionally weary from the unmet desires, I eventually stopped communicating them.

I thought back years to my honest prayers about my desire for a spouse, for a co-conspirator in life. Prayers that seemed to go unanswered for years on end. Emotionally weary from the unmet desires, I eventually stopped communicating them. God knew I wanted to be married. Telling him again and again I still wanted to be married felt redundant and a smidge ungrateful considering all he has blessed me with over the years. Kind of like a kid on his eighth birthday saying, "Thanks for the party, the toys, the games, the clothes—but what I really wanted was a pony."

Then I thought of all the caveats. The prayers like, "God, I know countless singles who want to be married and who are so weary of the waiting. I mean, I know people are dying of AIDS in Africa and genocide in Darfur, and those are the real tragedies. But at times, this feels like a tragedy . . . all this legitimate but unmet longing." And then there was, "God, I miss kissing. I mean not just kissing for kissing's sake, but kissing someone I'm really into. And yes, I know kissing isn't everything—that there are other more important parts of a relationship. But right now, I miss kissing." All the contextualizing and caveating were exasperating. I'm sure I made even God tired with my blathering on. This too winnowed down my prayers.

I knew my weak-willed petitions—or lack of them entirely—weren't the answer. But I wasn't comfortable praying as Jenny did either; I don't find any ironclad promises of a spouse in the Bible to base such bold claims on. And I don't want to miss any great things God might have in mind for my single years by demanding they come to an end and on my timetable. Still, her bold prayers challenged me.

So being weak-willed and skeptical wasn't the way to go, but then neither was making bold claims about the future.

As if on cue, my small group decided to study the book of James this season. As we prepped for the study by reading the entire book on our own, various verses spoke to my confusion. There was James 1:6-8, " . . . for he who doubts is like a wave of the sea driven and tossed by the wind. For let not that man suppose that he will receive anything from the Lord, he is a double-minded man, unstable in all his ways." Then James 4:13-16 states, "Come now, you who say, 'Today or tomorrow we will go to such and such a city, spend a year there, buy and sell, and make a profit'; whereas you do not know what will happen tomorrow . . . . Instead you ought to say, 'If the Lord wills, we shall live and do this or that.' But now you boast in your arrogance. All such boasting is evil." So being weak-willed and skeptical wasn't the way to go, but then neither was making bold claims about the future.

As these verses and conversations tumbled around in my head, I realized I didn't have much of a clue as to how to pray about my desire for marriage. So, fueled by James 1:5—"If any of you lacks wisdom, let him ask God, who gives to all liberally and without reproach, and it will be given to him"—I began asking God how to pray about my longing.

I also asked God to help me see and appreciate afresh the great things about this single journey. He clued me into my conversations with people like Jenny. How I'm able to enjoy rich friendships like hers so freely, often having long leisurely dinners out or sharing mochas at local coffee shops with others, talking until closing time and driving away caffeinated and inspired.

'Redeem the broken places of this journey as you see fit. Redeem these unmet desires and longings.'

And as I thought about the not-so-great parts of the single journey, I kept coming back to one word: redemption. "Redeem this, God," I spoke aloud one night while lying in bed. "Redeem the broken places of this journey as you see fit. Redeem these unmet desires and longings."

Thing is, I know redemption might not look the way I think it will—or come in the timeframe I expect. This time of longing might be redeemed by the arrival of a spouse and kids someday. Or God might use this time for some ministry, or for something else I can't even ask for or imagine right now. As I've dwelt on the concept of redemption, I've realized God gets to choose how it plays out in my life.

I'll be curious to see what our prayers yield—Jenny's and mine. Maybe she has the right idea, maybe I'm missing the mark. But I know in the concept of redemption I've found singleness prayers I can speak with boldness and biblical surety. I can stand on this specialty of his—crafting beauty from ashes (Isaiah 61:3)—with confidence and joy. Today that's enough of an answer for me.

And as I invite God's presence more intentionally on this journey, resume my honest prayers about singleness and marriage, bend my will to his, and look with anticipation for his grace in the broken places, I realize redemption has already begun.