How to bring unity to the church's diverse demographics
Camerin Courtney 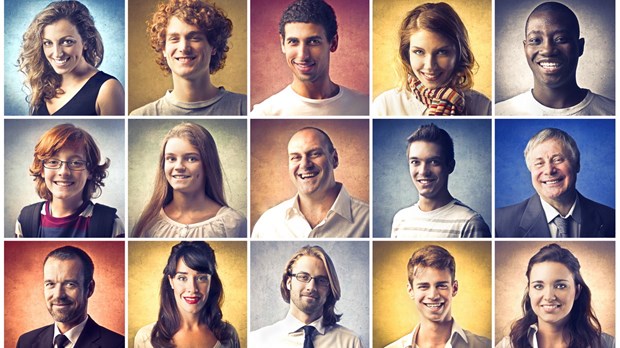 It was dislike at first sight, I'm ashamed to admit. I was at a breakfast meeting in the middle of a conference for work. As soon as a woman sat down across from me, I knew I didn't like her.

She was uber blond, tall and thin, and sporting large designer–label sunglasses, a ginormous rock on her left ring finger, and one of the more obvious sets of fake breasts I'd seen in a while. She perched on her chair in a way that seemed to accentuate her "assets." And then she asked the keynote speaker seated next to me a simplistic question that made it painfully obvious she hadn't been in attendance the day before.

Outwardly, I sat in rapt attention as the speaker handled the question with grace and tact. But inwardly I felt a bit of glee that this woman had asked something so, well, blond. I tried to justify my cattiness to myself, thinking, This woman is contributing to the rampant and disturbing objectification of females in our society.

But deep down, I knew there was more to my ugly thoughts. Things like jealousy over her slender, yet curvy–in–all–the–right–places frame. I knew it would garner her more male attention than I ever get—whether or not for reasons I feel good about.

As I was sitting there with my internal wrestlings, I realized this situation tied in with a discussion I'd had just the night before with the friends I was staying with at this out–of–state conference. We were an eclectic mix of women in ministry: a never–married 40–something visiting from Greece, a 40–something widow of only a year, our 50–something married–for–more–than–30–years hostess, her never–married 30–something daughter, and me (also of the latter demographic). Somehow the conversation had turned to community—how it's practiced in Greece, where our hostess had also lived for ten years, and in the U.S. Our conclusion was that there's a higher value of community in their culture than in ours, where we so value our independence and are lonely in record numbers.

Then we started to talk about why so many are isolated and lonely in the U.S. We spoke of modern gadgetry making the need for actual human contact decrease. But I think we started hitting on something when we talked about the unusually diverse makeup of our group—how there are often rifts between the demographics represented in our gathering. Between singles and marrieds, young and old, moms and non–moms, stay–at–home and working moms, thin and not–so–thin, beautiful and normal–looking. Often society, the church, and just circumstances relegate us to our various corners. But more often than not, we probably separate ourselves. And while some would point to female cattiness as the root, I think that's too simplistic.

I have a feeling that changing female roles in the past generation or two are at least partly to blame. Just a handful of decades ago, women's lives all looked pretty much the same—marry young, start a family soon after, focus on raising the kids and keeping the home. The great new freedoms we now enjoy—vocational, educational, and ministry opportunities, as well as the acceptability of marrying and becoming a mother at many ages, if at all—have brought unprecedented choices. And choices that aren't always as free or easy at they might appear at first glance.

With each new door we open, others close—making us ponder and fret over our choices even and especially after they're made. Did we choose wisely? Should we have taken that woman's path through life? Is she doing life "right" while I'm doing it "wrong"? And then there's the fact that singleness often feels like a lack of choice, like something we never signed up for.

So we women sometimes eye one another suspiciously—wondering if that woman has the better lot in life. And sometimes, in our weaker moments, we judge others because we don't agree with their choices, or wonder if they're judging us and the life we've made for ourselves. And as singles, there's the temptation to view one another as competition—especially when a new person joins our circle of friends or singles group. All these factors can make female–to–female relationships strained. And make each of us more isolated and lonely.

Even though I can recognize these factors and how silly they seem, I'm not immune to these feelings. There are times when I meet a woman who's younger than me, who's married and perhaps has a child or two in tow. She can look so happy and make the life I thought I'd have seem so easy—when to me it's mostly seemed frustratingly elusive. And so I erect walls. I'm kind, but only so kind. I'm friendly, but guardedly so. Does she think I'm a loser for still being single? How come she simply showed up to geometry class one morning and met the man of her dreams and I've been slogging through another two decades of dating (and dry spells)? It doesn't seem fair, so I punish her by remaining aloof. And yet in doing so, I punish me more. By denying myself a potential friend. By letting bitterness grow. By growing more isolated and lonely.

Oh sure, not all those who marry young or who sport fake body parts will become my close confidantes. But they most certainly won't if I keep them at arm's length. And as a member of the body of Christ, the family of God, I, at the very least, owe these sisters grace and agape love. As Romans 12:18 charges us, "If it is possible, as far as it depends on you, live at peace with everyone." In other words, I should have offered the woman at the conference sisterly love instead of judgment and jealousy.

Also, as members of one body, we need one another. I love what that diverse group of friends I was staying with during the conference brings to my life. They expand my paradigm with their wider array of experiences and perspectives—from married life, from mom life, from missionary life. My married friends lend me needed perspective that it's a joyful and fallen world on both sides of the altar. And sometimes these friends lend me their kids, when I need some little–people time, or their husbands, when I need help with a home project. And I try to give them my flexibility of time and listening ear.

In this age of increasing isolation, it seems like there's such an opportunity for us as believers and us as singles to meet a huge and growing need in our culture. By selflessly and fearlessly befriending people outside our demographic. Regardless of how they approach us. Regardless of the tough questions swirling in our heads. Regardless of our pride and prejudices toward others and sometimes even toward our own path in life.

I'll try to keep this goal in mind the next time I'm at a conference and someone sits near me—regardless of any rocks on her ring finger or any not–so–authentic body parts.