Any job can be an outreach—it's all about your attitude.
Penny Schlaf Musco 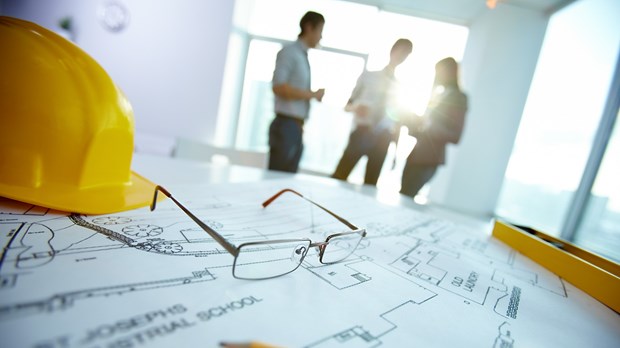 Jose Zeilstra grew up in a church that focused on sending people overseas to share the gospel. "The feeling was if you're a true Christian, you go into full-time ministry; the business world wasn't a place for real believers," she says. Jose admits she rebelled against this mindset, eventually reaching the position of vice president at J.P. Morgan Chase. But it wasn't until she read Roaring Lambs by Bob Briner, a book in which Briner argues that Christians should be salt and light in all arenas of life, that she finally realized her career was a legitimate calling from God.

"The first time I spoke publicly about my faith was for Fortune magazine," she says. "In the business world, it doesn't get more public than that."

She connects her two worlds by attending and speaking at Bible studies and workplace seminars in Manhattan, as well as meeting regularly with a Christian mentor and a group of spiritually like-minded CEOs.

Angie Tracey's revelation came at a women's event. "I'd seen the value of the National Prayer Breakfast and other prayer gatherings when I worked in Washington, D.C. So when I started working at the Centers for Disease Control and Prevention (CDC) in Atlanta, I felt strongly that our agency could benefit from having similar meetings. I immediately started praying God would bring someone to lead them." Then, while at a women's conference, the Holy Spirit told Angie she was that leader.

"I was going to send an email inviting our employees to a breakfast or lunch," says Angie. "I thought maybe I'd have 10 or 15 people respond, 20 if I was truly blessed." She quickly discovered that to use the CDC's email system for this kind of solicitation, she had to establish an employee association. So Angie tackled the detailed forms and the bureaucratic layers typical of an agency with nearly 10,000 employees in 10 states. She prayed every step of the way, and to her amazement, what should have taken a year took two weeks start to finish. The first ever official Christian employee association in the federal government was born.

Within hours of approval, Angie received more than 200 emails and phone calls. Six days later, planes crashed into the World Trade Center. She believes God was preparing the agency to handle the extra stress from 9/11 and the war on terror. The first meeting attracted 225 employees; now the CDC Christian Fellowship Group has more than 500 members.

Jose and Angie would be the first to say they're not doing anything special. They've realized they don't have to separate their faith from their vocation; they're missionaries right where they are.

Everything Old Is New Again

Bringing God to work is often referred to as workplace or worklife ministry. Os Hillman, director of the International Coalition of Workplace Ministries, defines it as "an intentional focus on equipping men and women in all spheres of work and society to understand and experience their work and life as a holy calling from God." Os points out that Jesus spent the majority of his life as a carpenter, not as a preacher; 122 of Jesus' 132 public appearances were in the marketplace, and 45 of the 52 parables are set in a work environment.

Jesus spent the majority of his life as a carpenter, not as a preacher.

Dr. Bob Reccord, former president of the North American Mission Board of the Southern Baptist Convention and author of Made to Count: Discovering What to Do With Your Life, indicates that although the Hebrew word avodah is the root word of both work and worship, the Reformation effectively separated the world into two classes: secular and sacred. This split led to what Os sees as a "hierarchy of calling" within the church: "We said the most spiritual vocation is the pastor, then the missionary, then the full-time Christian worker, and then the stay-at-home mom, and way down at the bottom is the ad agency executive or the nurse. It's often an unspoken hierarchy, but it's there."

But when you read Scripture, you never find culture referred to as secular and sacred. "God literally intended for everything to have a sacred touch," says Bob. So while he doesn't intend to diminish the importance of pastors and missionaries, he seeks to raise the church's view of the calling to workplace ministries.

The path from vision for workplace ministry to concrete action isn't always clear. As Jack Munday of the Billy Graham Evangelistic Association emphasizes, "We're not encouraging people to go to work on Monday and start preaching." Instead, he says Christians must change the way we view our job, to see it not only as the place where we make our living, but where we consciously live out eternal values. That kind of perspective, he insists, can't help but positively impact the people with whom we spend the majority of our time.

"We hear a lot about the church's involvement in city transformation today, but we've not seen one city transformed in America," says Os Hillman. "The reason is that we haven't equipped, empowered, and affirmed those in the marketplace who have the ability and authority to make changes in the cities and in our culture." If there's going to be real revival in the nation, he believes it will come through Christians purposefully bringing their faith into this "9 to 5 window."

Linda Rios Brooks couldn't agree more. She's the author of Frontline Christians in a Bottom Line World and president of the Lakeland Leadership League, which, among other things, ministers to the Colorado Springs community by providing affordable housing. "The kingdom is going to advance through commerce, science, the arts, and education," she says. "If all we ever tell people is that to be really holy you've got to have a job in the church, we're going to continue to forfeit our influence in those areas."

Angie knows how tough it can be to balance working for her earthly bosses and for the heavenly Boss. After a few employees took issue with her Christian fellowship group, the CDC reexamined the separation of church and state issues involved. "That's when I had to become quite an expert on the matter," she laughs. Her favorite tool is a set of guidelines released by the Clinton administration on respecting religious practices within the federal workplace. "It's amazing how much we employees can do and how little we Christians know about it," she says.

"Most groups are well aware that you can't force your religion on another employee," Angie adds. "As Christians, we wouldn't want to do that." Case in point: At the CDC, an atheist employee sent her a "venomous" email blasting the Christian fellowship group. After much prayer, Angie replied graciously, addressing the legal concerns, and the woman backed off. About a month later, the woman sent her another email: "'I thought you might want to know I was visiting one of our facilities and the Christian Fellowship Group there was having their Christmas party. I went for the first time, sang Christmas carols, and thought of you.'"

Like any good businesswoman, Angie keeps her eye on the bottom line: "I believe God equips us with certain skills to do the kind of job he has for us to do for society. But I also believe that as Christians we're ambassadors for the kingdom of God, and that's our job too."

Guidelines on Religious Exercise and Religious Expression in the Federal Workplace
http://clinton2.nara.gov/WH/New/html/19970819-3275.html