Modern-day abolitionist Lisa Thompson talks about the disturbing impact of our hypersexualized culture—and what she hopes you'll do about it.
Camerin Courtney 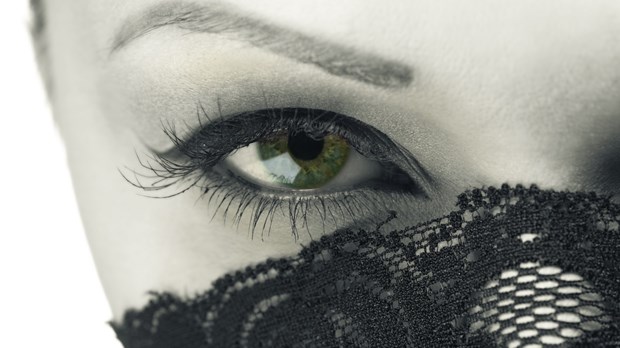 Eleven years ago, Lisa Thompson prayed for a passion, a cause she could champion. Formerly an office manager for a private investigator and an English teacher in China, Lisa was looking for her life's calling.

Today Lisa, 37, serves as The Salvation Army's Liaison for the Abolition of Sex Trafficking. She travels the globe to raise awareness, lobbies U.S. government officials from her Washington, D.C.-area office, and maintains a list-serve to provide thousands of people updates and information. For the latter task, she combs through dozens of sex-trafficking articles each day, educating herself—as well as others through her regular e-mails—about the latest cases, trends, and legislation regarding trafficking, the second-largest criminal industry in the world.

But her life's calling as a modern-day abolitionist, tackling everything from female genital mutilation to new disturbing pornography trends, doesn't make for easy family-gathering or church-lobby conversation. At one holiday get-together, a relative made a crack about the "What happens in Vegas stays in Vegas" TV ad slogan. "When I asked him not to say that," Lisa recalls, "somebody told me to lighten up. I thought, If only you knew what really happens in Vegas, you wouldn't joke about it. I was upset." Lisa also gets fired up about rapper Snoop Dogg, Maxim magazine, and advertisements for retailing giant Abercrombie & Fitch.

Lisa's not a killjoy, and she's not looking for a fight. She's just aware of the devastating impact Vegas culture, rap stars, fashion magazines, and the advertising industry have on women, national sexual mores, and even sex trafficking.

"When women wake up to what culture's doing to their husbands, children, and themselves, hopefully they'll take action."

"American culture presents women as sexually available anywhere, anytime," Lisa explains. "If you look at fashion, literature, advertising, and entertainment, you see what some experts call the 'pornification' of culture."

Lisa cites as one example the recent popularity of stripping—from stripper-pole workouts at gyms and a recent Oprah episode encouraging stripping to "release your inner sexpot," to the rap song "I'm N Luv (Wit a Stripper)." Lisa asks, "When did stripping move into the mainstream?"

Lisa also cites a recent Black Man magazine cover that contained the line "The b*tch is back" with a photo of a woman in an S&M outfit. Her breasts were exposed save for her carefully placed arm barely covering her nipples, and she was holding a whip. Lisa saw this cover displayed at local grocery and convenience stores, and at multiple gas stations when she was on a road trip. "Every time I needed to fuel up, I had to face this sexually toxic material," Lisa says. "But it's so mainstream now, most people think, Whatever." Once people start accepting sexual images in daily life, they're not as shocked to encounter more explicit images in hard-core porn.

The Problem with Prostitution

Many people get hung up on the incorrect notion that most women choose prostitution. "I can't say no woman chooses prostitution," Lisa explains, "but the vast majority of prostitutes doesn't. Regardless of whether a woman chooses or is forced into it through sex trafficking, prostitution is still harmful to her and to society."

For that reason, Lisa is passionate about ministry to prostitutes and former prostitutes. According to her, once a woman's enmeshed in prostitution, she needs help and lots of love. "The church needs to provide her a way out when she's ready. The church can't make a woman's decisions for her, but it can offer her Christ's unconditional love and walk her through the tough process of leaving prostitution."

In her work across the country, Lisa's seen a recent upsurge in ministry to prostitutes. "The anti-trafficking movement is a catalyst. When you attack evil as huge as the sex-trafficking industry, you have to peel back the layers and look at the demand for commercial sex. Clearly women are trafficked into prostitution. So if prostitution didn't exist, sex trafficking wouldn't occur. If men stopped buying sex today, women wouldn't be trafficked tomorrow. The equation is simple."

Although Lisa describes the culture's pornification as a giant toxic cloud hanging over the nation, she's not without hope. "People get overwhelmed and think if they can't slay the giant, they can't change anything. Instead, they should think about what they can do within their community and circle of influence."

For Lisa, that meant asking the manager of her local grocery store to remove the offending issue of Black Man magazine from store shelves. She visited the store multiple times before anyone took her concern seriously. Finally, on Lisa's fourth visit, the primary manager agreed to remove the magazines. "By myself, I'm not going to revolutionize the state of American grocery stores. I need thousands of women across the country going to their grocery stores and saying, 'I find these magazines disgusting. I feel violated at my own grocery store. Please remove this material.' This effort takes time and energy. But surely some fed-up women will find the time to make a polite fuss at their local convenience stores.

"Just as this hypersexualized culture enslaves men to lust, it also deceives women into thinking only sexual appeal insures significance or desirability. Even if women aren't on the street selling sex, these trends still impact how women feel about themselves. American women today base much of their self-worth on how sexually attractive they think they are. When women wake up to what culture's doing to their husbands, children, and themselves, hopefully they'll take action."

Lisa also suggests the church acknowledge the existence of pornography and prostitution among its own members. "Churches need to offer sermons, Bible studies, and support groups addressing these topics. Some Christians struggle with sexual addictions. These men and women need spiritual guidance, not judgment. Condemnation won't change anything; only Christ can change hearts and desires. When God's people work together—with each other and with him—then we'll make a difference."