Just as God fought to save his people, your marriage is also
Al Janssen 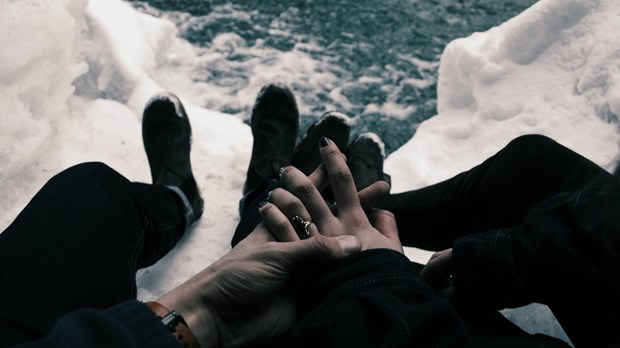 Several years ago I met Pete in a men's Bible study. One day, in a moment of candor, Pete admitted that he struggled with pornography. His wife, Jenny, had confronted him after discovering a stash of magazines. At first he dismissed her accusations. "This is no big deal," he said. "Why are you upset?"

"Because we're married," Jenny calmly explained through her tears. "I love you. I'm here for you. You don't need these other women."

"But they're just pictures!" he protested. "They mean nothing to me."

"Then give them up," Jenny pleaded.

But my friend didn't. Pete simply did a better job of hiding the evidence. Once I became aware of his struggle, I occasionally asked him how he was doing, and every time he would say he had the problem under control. But gradually I saw him less and less frequently as he stopped attending the men's group.

Pete's wife was right to be concerned, for over time her husband's problems increased. He started calling 900 numbers and visiting strip clubs. When Jenny discovered the evidence on credit card bills, they had a far greater confrontation. Despite her evidence, Pete refused to admit he had a problem or get help.

So what did Jenny do? She picked a fight.

The Model for Marriage

If we're serious about having a Christian marriage, then sometimes the best thing we can do is fight. After all, it's God's way. If that sounds strange, perhaps it's because we forget that God is married. He calls himself a husband to Israel. He refers to the church as the Bride of Christ. God has remained faithful to his marriage vows despite centuries of heartache. But that doesn't mean he's been complacent. He has fought hard for his beloved.

For more than a year, I studied God's marriage in Scripture. I observed five broad characteristics of God's marriage that forms the model for a Christian marriage. First it's a covenant marriage. God made a total commitment to his beloved, and he has remained faithful to his vows. But it's also a passionate marriage. That passion is best expressed in the Song of Solomon—eight chapters that portray the beauty of romantic intimacy in marriage, and, most scholars concur, also depicts God's love for Israel and Christ's love for the church.

Based on God's covenant and passion, God fights hard for his marriage. Writer John Eldredge has stated that we can better understand the Old Testament prophets if we read their words as a lover's quarrel. The intensity of God's confrontations with Israel convinces me that many Christians exit their marriages too easily. In fact, God has been in a one-sided marriage yet has remained faithful to his beloved over the centuries.

Which leads to the climax of the drama that is God's love story. His is a heroic marriage. To have his beloved, God's son laid down his life for her. That example is the challenge to Christian marriages. How much am I willing to sacrifice of myself for my spouse? Christ is the example to husbands in Ephesians 5:25, which I like to paraphrase, "Husbands be the hero to your wives just as Christ was the hero for the church by giving himself up for her." Likewise Christ is the role model for wives: "Wives be heroic by submitting to your husbands as to the Lord" is how I might paraphrase Ephesians 5:22.

So what does this picture of God's marriage have to do with Pete? Jenny wisely used this model as motivation for her marriage. Rather than endure his on-going unfaithfulness, she fought him. God did the same in Ezekiel 16. In that powerful passage, God reveals his covenant commitment and his passion for Jerusalem and goes to great effort to win back her love.

God, through Ezekiel, begins this confrontation with his love story. He tells how the beautiful young maiden catches God's eye. "I spread the corner of my garment over you," he says. Culturally, this was a declaration of intention to marry. God continues, "I gave you my solemn oath and entered into a covenant with you, declares the Sovereign Lord, and you became mine" (verse 8).

God acts like a proud husband, showering his bride with beautiful clothes and valuable jewelry and the finest of foods. But the bride has a problem with pride. "You trusted in your beauty and used your fame to become a prostitute" (verse 15). Now the sparks really fly. God accuses his wife of some very serious charges. She's given her gifts away to other lovers. She has slaughtered their children. She has devalued her relationship with God, and she has violated their covenant commitment.

So what is God going to do about it? It's one thing to be angry and hurl accusations. God certainly does that, but he also exercises tough love: "You will bear the consequences of your lewdness and your detestable practices, declares the Lord" (verse 58). God spells out various consequences.

But God doesn't end with judgment. Near the end of this long prophecy, his anger finally spent, he concludes: "I will deal with you as you deserve, because you have despised my oath by breaking the covenant. Yet I will remember the covenant I made with you in the days of your youth, and I will establish an everlasting covenant with you"(verses 59-60). The predicted reaction is that Jerusalem will be ashamed and return to the Lord. The goal of this confrontation is clearly reconciliation and restoration of the relationship.

If God didn't care so much, he would just toss his wife away. Unfortunately, that's what happens all too often in our culture. Fortunately, Pete's wife refused to take that route. Pete offered to file for divorce, but his wife said, "I'm not letting you off the hook that easy. I don't want a divorce. I love you, Pete. But you need help. What you are doing is wrong. It is hurting me, and it is hurting our children. We cannot continue to live this way. When you are willing to get help and become the man God created you to be, then I will welcome you back."

Fortunately, in this case this wise wife's words, backed up by action, were a wake-up call for Pete. He did seek help, and though there were several setbacks, the couple were reconciled a year later. Without his wife's tough love, I seriously doubt that Pete would have changed.

A Hedge of Protection

It occurs to me that too many couples let important issues slide until they become major problems. Jo and I have decided to keep a tight hedge of protection around our marriage. That means dealing with any concern quickly before it becomes a problem. A few years ago, Jo observed me interacting with a woman in our neighborhood. We shared an interest in writing, so we naturally talked about writing whenever our paths crossed. Jo and I occasionally socialized with this woman and her husband, and we saw them at neighborhood gatherings.

One day, while Jo and I were walking, she said, "Al, I need to say something, and I've prayed about it and thought about how to bring this up. I don't want you to get angry. Please just hear me out." She then proceeded to tell me how this woman was attracted to me, and how I encouraged it by sitting next to her instead of Jo on a number of occasions. "I want you to be aware of this. It hurts me when you do this." She referred to a recent neighborhood gathering where there were some new faces. "They probably thought this woman was your wife, rather than me."

I was not offended by Jo's protest. For one thing, I knew I felt no attraction to this woman, but if I had, that would have been all the more reason to heed my wife's words. I also knew Jo is generally a secure woman. She saw something about this woman's feelings that I didn't. If she detected a threat to our marriage, I would do whatever it took to make us both feel safe. Jo had every right to appeal to me, based on our covenant. And I can do the same with her. Our marriage must be protected at all costs.

Can we do any less?

Al Janssen is Senior Director of Book Development for Focus on the Family. The thoughts in this article are developed in his latest book, The Marriage Masterpiece (Tyndale House).