Hopefully you can learn from my mistakes.
Georgia Shaffer 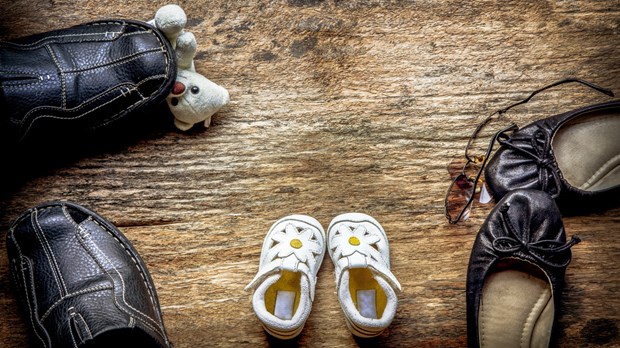 Five friends and I were having breakfast one morning when our conversation turned to our friend Cindy.* She was convinced divorce was the answer to her problems.

"I wish Cindy would listen to us," I said.

"She made it clear she doesn't want to hear anything from us divorcées," said Betsy. "She's made up her mind, and she's not changing it."

That morning, in utter frustration, my friends and I compiled a list: what we wish we'd known before we got divorced—the things we wanted Cindy to know before she made her final decision. Each of us had experienced the upheaval of divorce and watched 12 of our close friends' second marriages end.

We all knew Cindy wasn't casually deciding to end her marriage—few people do. Divorce is one of the most agonizing choices a couple makes. We understood the anger, panic, abandonment, and feelings of being trapped that lead many people to divorce. But we'd also experienced the "other side" of being single again. We'd seen the lives of our children changed forever. Years later, we continue to live with the ongoing pain and complications of a destroyed marriage.

As a licensed psychologist, I've heard many people consider the possibility of ending their marriage. They look at divorce as a solution to their marital woes, a viable answer to their pain and frustration. Ultimately, however, it creates only different problems. In a recent study by the Institute for American Values chaired by sociologist Linda Waite of the University of Chicago, researchers asked, "Does divorce make people happy?" They found that those who ended their troubled marriage in divorce weren't any happier than those who remained married. In fact, two-thirds of those who stayed married reported happy marriages five years later.

1. Life Will Change More than You Realize

"I thought I'd enjoy being alone," says Lori, who has never remarried. "But I'm lonely. Whenever my friends complain about how needy their husbands or children are, I say, 'Try living without that.'"

Andy, like Lori, hasn't remarried. "I didn't expect to miss odd things like the towels folded neatly, shopping for groceries together, or the Saturday routine we'd established," he says. After his divorce, Andy realized how much the familiar, everyday things of married life meant to him.

Add children to the equation, and the result is even stickier. Instead of two people parenting your children, if you have custody, you're left to do it all—alone. You become the sole breadwinner, spiritual advisor, disciplinarian, and housekeeper. The stress levels of this responsibility can become staggering.

Then there are the scheduling dilemmas. Recently, my friend Betsy and I were discussing how complicated it can be to see our sons during a short college break. Although we both cooperate with our ex-husbands, we still ache as we watch our innocent children bear the heavy responsibility of carefully doling out their time between the families in an effort not to alienate either parent.

Although the everyday occurrences can create plenty of challenges after divorce, the special occasions are worse. Every birthday, holiday, wedding, or funeral is a potential nightmare. Allison told me, "At my future daughter-in-law's wedding, she's planning to walk down the aisle by herself because she has multiple fathers and is torn between her allegiances. My heart breaks for her." These problems don't end when the children grow up and marry. The hassles continue with the grandchildren.

Even if you remarry, the consequences of your divorce continue to impact your life. Jan Coleman, author of After the Locusts, was single again for 12 years before marrying Carl. As good as her present marriage is, she doesn't hesitate to say what a dramatic change it made in her life.

"Yes, you can love and trust again," she says. "But the first marriage is God's best, his design. We weren't meant to give up on it but to work through all the struggles to God's glory and our best. The tearing of the flesh may heal, but the scars are always there. Remarriage can be great in many ways if you marry for the right reasons, but it's still not the same."

"What I Wish I'd Done to Save My Marriage"

Worked harder: "I wish I'd gone to a reliable Christian counselor and committed to working through the problems. I gave up." —Jeff*

Respected my spouse: "How I wish I'd followed my parents' example. They had the utmost respect for each other—they never offered sarcasm or negative words. My father used to say, 'Your mother will be my bride until the day I die.' She was." —Nancy

Put God first: "Christ should have been the center of our relationship. I made a god of my husband, and he began to act like one." —Margaret

Guarded my words: "I blamed my wife for every problem that arose. But I needed to do my own soul searching." —John

Focused on my spouse's positive attributes: "Both of us brought uplifting qualities to our marriage. But before long I was focusing only on his weaknesses, not his gifts." —Betsy

2. Your Life Won't Be More Carefree

As a self-confident, independent woman with a fast-moving career and no children, Stephanie couldn't wait to be free of the pain of her dying marriage.

"I would no longer have to put with up his problems," she says. "I'd be able to do what I wanted when I wanted. But after the divorce, it was my career and my home that began to hold me hostage. I was imprisoned by all the things I thought made me look good."

There are those seemingly hidden emotional wounds that can pop open when we least expect or which we learn to expect on special anniversaries. Jan Coleman says, "Every Christmas, I become depressed. After 20 years it still hits me suddenly, without warning. I was first married in December, and my childhood sweetheart left me for another woman 15 Decembers later. Every year I have a weepy week."

Jan's second husband understands and gives her the space "to grieve again for the loss of that ideal family I spent my life imagining. There are times when it hits him too. You're never free from the effects of that broken first marriage."

I know this truth from personal experience. Recently, I began dating someone who's divorced. Because of our pasts, we have several barriers in our current relationship—one of which is the fear of trusting and loving again.

3. You Trade One Set of Problems for Another

Even the most amiable break-ups bring deep wounds. There are always consequences to divorce.

"What I didn't anticipate," says Brad, who hasn't remarried, "was the way my friends perceived me. All of a sudden I became damaged goods. One couple, who'd been my close friends for 20 years, became cool toward me after the divorce."

There's a ripple effect. Your divorce doesn't just affect you and your spouse. It affects everyone around you. Friends often feel as if they must pick sides, so they keep their distance. Relationships with those who do remain loyal change abruptly. Church friends may stay away, feeling uncomfortable. And family members who've grown to love and care for the ex feel forced to "divorce" as well.

Then there are the financial ramifications. Dividing the assets isn't always done equitably. Vern was left with only 31 percent of his retirement account even though his ex-wife worked and they had no children together. At the age of 49, this circumstance was a blow to his retirement plans.

If there's a remarriage, blending children from previous marriages brings problems that can range from emotional chaos to stoic tolerance. A recently remarried friend said, "My life is more complicated than ever. I've put all this effort into a new marriage, but we're struggling. My new stepson ignores me. His attitude is 'I'm here to be with my dad and that's it.' I feel horrible—like a second-class citizen in my own home."

4. Feelings Can Be Deceiving

Kathy, who was in her twenties and newly married, learned that following her feelings can have tragic consequences.

"My husband was away a lot, and most evenings I was home alone. I felt lonely and empty. Many nights I cried myself to sleep and wondered why I ever got married.

"When I met a man who made me feel alive and passionate about life, I concluded these feelings of excitement confirmed I was no longer in love with my husband.

"Rather than praying and giving my concerns to God, I took the situation in my own hands and moved out. I was convinced I'd made a mistake in getting married."

Still single five years later, Kathy wishes some wise woman would have come alongside her, prayed with her, and gently reminded her that love is a choice and a commitment, not an emotion.

When my son was six years old, he'd complain about being disciplined for disobeying what he called my "stupid rules." Over and over I'd repeat, "Kyle, I'm being short-term mean, but long-term nice."

Like children, we sometimes allow our desire for momentary pleasure to pull us from God's best. Rather than doing the hard work it takes to invest daily in our marriage, we make seemingly innocent decisions thinking they'll do no harm.

Our friend Cindy didn't listen to us. She opted for the divorce. Sadly she wasn't willing to persevere and uncover the lost treasures that first drew her and her husband together. With God's help, her current pain or discontentment could have been transformed into long-term joy and abundant blessings. As my son learned many years ago, short-term pain can indeed lead to long-term gain.

Georgia Shaffer, author of A Gift of Mourning Glories: Restoring Your Life After Loss (Vine Brooks), is a speaker and licensed psychologist in Pennsylvania. Visit Georgia at www.GeorgiaShaffer.com.

*Names have been changed.