What does it mean to live as if we truly believe that everything belongs to God?
Amy Simpson 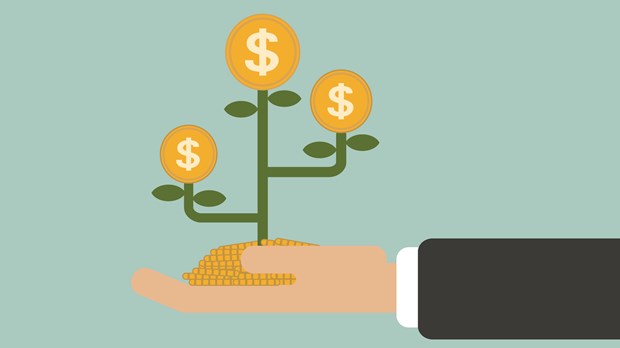 It may not have been the first time I heard it, but it was the first time it stuck: "Everything we have belongs to God." My brother said it to explain his willingness to share his car. Why wouldn't he loan his car to someone who needed it, knowing that it was God's car, intended for God's work, not his?

This is the true heart of stewardship: Everything belongs to God. As Psalm 50 states, "All the world is mine and everything in it." My money, house, yard, car, dog, belongings, children, and marriage belong to God. My job, hobbies, relationships, gifts, talents, mind, heart, soul, body, and time belong to God. And the breath he gives me in each moment belongs to him. I belong to him. I'm merely a steward, a manager of the resources he's placed under my stewardship. How then shall I live?

As Christians, we pay lip service to this idea of stewardship, usually when we're talking about the way we spend—or don't spend—our money. But how many of us actually believe that we're stewards and allow this truth to determine the way we view our lives? And how many of us are willing to acknowledge that it means more than sharing my "toys," or giving 10 percent of what I earn, or even taking good care of the world around me? What does it mean to live as if we truly believe that everything belongs to God?

The answer is different for various people, who are called in various ways, but all of us are accountable to God for the way we employ what he gives us. I'm certain we're required to be much more than caretakers. In Matthew 25:14-30, Jesus taught about this accountability in the parable of the three servants, also known as the parable of the talents. When the master went away, he expected his servants to invest what he'd given them, to take some risks, and to return to the master more than he'd given.

When he returned, the master praised the servants who had invested and produced a return on the money he'd given them. He rebuked the third servant, but not for squandering his money. No, it was for choosing to keep it safe. The servant had protected it—and that wasn't good enough.

As stewards, we have no right to squander, hoard, treasure, ignore, abuse, or merely protect what God has entrusted to us. We're obligated to use these gifts as God would want. God gives us gifts not merely for our pleasure, but for his pleasure and glory—which may bring us pleasure as well. Or it may require us to painfully loosen our grasp on something or someone we'd like to protect and hold on to.

Here's an uncomfortable idea for those of us in Western cultures, who have been given so much: "When someone has been given much, much will be required in return; and when someone has been entrusted with much, even more will be required" (Luke 12:48). We must hold loosely to what God places in our hands for his purposes. Rather than possessiveness, stewardship requires gratitude. Rather than a sense of entitlement, God calls us to responsibility.

Puts a new spin on making the most of what we have, doesn't it? How selfish we are to think God's gifts are ours to do with as we please—or to ignore.

I thought about stewardship a while back as I watched 33 Chilean miners emerge from their 69 days underground. I had the feeling they were emerging from nothing to something, from death to life, from waiting to living, probably with a new sense of meaning and purpose. They'd been given a second chance at life. Then I realized that wasn't quite right. They weren't moving from nothing to something. They also had been given 69 days underground with one another—and they were accountable for how they spent those days. Just because they didn't have sunlight didn't mean they could count those days as wasted time. As so many of them acknowledged, God never left them. And neither did his plans and purposes for them. God granted them life underground—and a second chance at life above ground—for a reason.

He does the same for us, every day. This morning, whatever our circumstances, in light or darkness, above ground or below, God granted us life for another day. He gave us good gifts. What are you doing with it all?