Being in constant prayer means you need to train your mind. Here's how.
Frederica Mathewes-Green 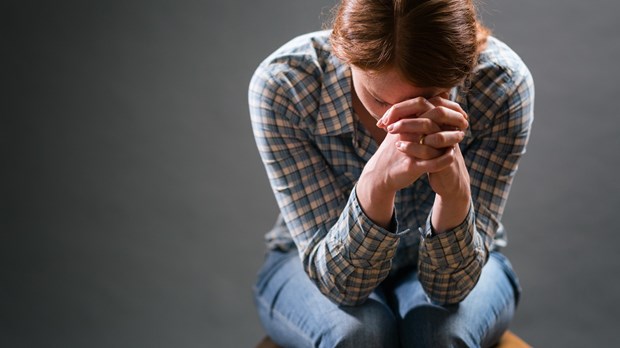 "Rejoice always, pray constantly, give thanks in all circumstances" (1 Thessalonians 5:17).

Have you ever wondered what the apostle Paul was talking about? How can a person pray constantly? Yet this wasn't the only time Paul urged his hearers to constant prayer.

In Romans he wrote, "Rejoice in your hope, be patient in tribulation, be constant in prayer" (Romans 12:12). In Ephesians: "Pray at all times in the Spirit, with all prayer and supplication. To that end keep alert with all perseverance" (Ephesians 6:18). And in Colossians: "Continue steadfastly in prayer, being watchful in it with thanksgiving" (Colossians 4:2).

If he took the trouble to say this to four different communities, he must have thought it important—and possible. He wouldn't have urged his hearers to do something that was beyond their capability.

In the second through fifth centuries, men and women began going out into the deserts of Palestine and Egypt to devote themselves wholly to prayer. These Desert Fathers and Mothers soon discerned that the reason it's difficult to be in such communion is the ceaseless flow of wandering thoughts: These are not the constructive thoughts used in problem-solving, but old memories, desires, fears, criticism of others—any number of aimless thoughts that disrupt the mind and keep it unsettled.

The cure was a substitute single, simple thought of prayer. After experimenting with various short Scriptures and petitions, this form emerged: "Lord Jesus Christ, Son of God, have mercy on me." It was called the Jesus Prayer.

The prayer is drawn from the Gospels, from passages where people called on Jesus for mercy: the ten lepers who cried, "Jesus, Master, have mercy on us" (Luke 17:13), the Canaanite woman who said, "Have mercy on me, O Lord, son of David" (Matthew 15:22), and blind Bartimaeus, who said, "Jesus, Son of David, have mercy on me!" (Mark 10:47). In Jesus' parable, the publican "would not even lift his eyes to heaven, but beat his breast, saying, 'God be merciful to me a sinner!'" (Luke 18:13). These requests for mercy aren't like a criminal begging a judge for lenience, but of needy people asking for the Lord's tender mercy.

I've been saying the Jesus Prayer for 15 years now, and have found that it has greatly increased my ability to sense the presence and voice of the Lord. Mostly, it gets rid of the clutter. Instead of being blindsided by thoughts that carry me away into the past or future, I'm able to size up the thought and decide whether or not to give it my time.

The Jesus Prayer strengthens the entryway of your mind, where thoughts must prove their validity before being invited in. At all times, the inner you rests in the presence of our Lord, the light that drives away all darkness.

While the goal is to pray constantly, but you have to begin by doing it some of the time, and gradually build up. The advice about acquiring the habit of this prayer hasn't changed for 1,500 years. Set aside a bit of time each day when you will do nothing but say the Prayer—even just 10 minutes a day. Sit quietly, close your eyes, and begin silently repeating the prayer.

The ancient sources speak of "bringing the mind into the heart," but you must keep in mind that "mind" and "heart" don't mean "reason" and "emotion" in the ancient texts. (As best I can tell, the notion that we are divided into "head" and "heart" arose in the West in the Middle Ages. It's not biblical and, I've become convinced, not true.)

In the ancient writings about the Jesus Prayer, the "mind" is the receptive intelligence, the understanding or comprehension. It's always hungry and restless for something to take in.

Discipline that hungry mind to keep gazing at the Lord. Deny it anything other than the words of the prayer to think about. As Paul said, "Take every thought captive to obey Christ" (2 Corinthians 10:5). You will find this impossible at first, but gradually you will make headway. Those who stick with it report that, over time, there is a nearly physical sensation of the prayer activity moving from buzzing around the top of your head, to being lodged securely at your physical center, the chest or heart. (This has nothing to do with emotions; the prayer is a mental exercise, but it does, of course, produce better control over negative emotions.)

I wondered at first how it was possible to pray all the time when I had so many other things to think about and accomplish. I found that it works by using a layer of your awareness, not your entire awareness. It's like having a friend along as you go through your day. The presence of your silent friend wouldn't limit your ability to concentrate and handle the demands of daily life, but it would give them a different color or flavor. In this case, the best of Friends provides tranquility, perspective, love, patience, and good humor.

The purpose of the Jesus Prayer is not tranquility or inner healing; the purpose is to bring you into the presence of Christ, who is all our joy. I think it is wise that the prayer asks for mercy, to remind us of the necessity of humility, rather than the narcissism that can accompany the self-designation "spiritual."

So the Jesus Prayer is not an end in itself, but a way of training the mind to remain always in his presence, no matter what else life brings. As the anonymous pilgrim says, in the 19th-century Russian text The Way of a Pilgrim, "Sometimes my heart would feel as if it were bursting with joy, so light was it and full of freedom and consolation. Sometimes I would feel a burning love towards[sic] Jesus Christ and all of God's creatures …. Sometimes, by invoking the name of Jesus, I was overcome with happiness, and from then on I knew the meaning of these words, 'The Kingdom of God is within you.'"