God graciously allowed us to say goodbye to our newborn baby
Melinda Weidenbenner, as told to Michelle Weidenbenner 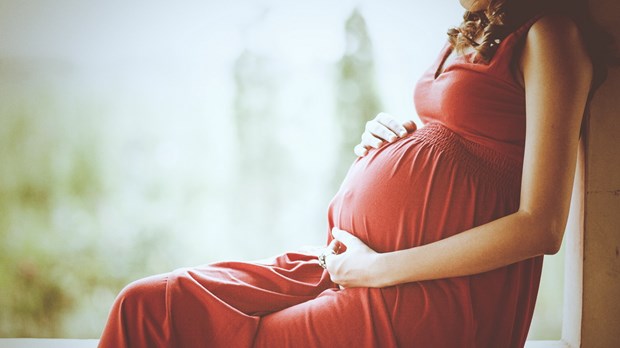 "What do you mean our baby doesn't have a brain? How is that possible?" I asked as I lay on the examining room table with my bare, protruding abdomen exposed. The room spun and tears stung my eyes as I peered at the ultrasound screen.

My husband, Mike, our two little boys, and I had waited all month for this doctor appointment. The boys were excited to see their new unborn brother for the first time and hear his swishing heartbeat. Now that I was six months pregnant, he had grown enough that we could see all his tiny body parts.

I had shivered when the doctor spread the cold gel on my skin and moved the tiny probe around my belly. "Here are his little legs. See them?" He pointed at the body parts and let the boys climb closer to the monitor. "See his head here?" Then, while he moved the probe, he grew silent.

I sat up on the table and asked, "What's wrong?"

He asked the nurse to find stickers for the boys. I encouraged them to go with her and they left the room. My hands trembled as I waited.

Once they were out of the room, the doctor said, "Do you see his head here?" He pointed to the screen. "The top part of the head is missing. Your baby has anencephaly—which means he never developed a brain."

"Three weeks after conception, a flat strip of tissue along the back of a fetus rolls up to form a tube. The tube develops into the spinal cord, and at one end, the brain. Think of it as a zipper. This neural tube zips up as fast as we zip a zipper. Unfortunately, one little notch didn't close. If the zipper doesn't close all the way, the brain never forms."

"Isn't there anything we can do to close that zipper?"

"How will our baby live without a brain?"

The doctor hesitated. "He won't. Many are stillborn. Some live after birth for a few minutes, but there's nothing you can do."

I held the sides of my abdomen and cried. "But he kicks all the time and I've taken my vitamins and eaten healthy foods." I reached for Mike's hand.

The doctor handed me a box of tissues. "There's nothing you've done wrong. You didn't cause this problem, nor could you have prevented it. It's a genetic disposition."

"What will he look like when he's born?" Mike asked.

"He'll look normal except for the sunken top of his head. It'll be open and hollow where the brain would have been."

I couldn't talk. Mike held me as his tear-filled eyes searched to comfort mine.

"We can schedule an appointment for you to deliver the baby next week. We'll induce labor and abort the baby so you won't have to carry it for the remaining term." He put his hand on my shoulder, and said, "I'm sorry."

I don't remember getting up from the examining table or walking out the door to go home. Mike explained the baby's condition to the boys. Our six-year-old asked, "Why can't the doctor operate and give him a new brain?"

"Doctors can't perform that kind of surgery," I said. "It's sad, but after he's born he'll go to heaven to be with God."

We went home and prayed for guidance and decided to get a second opinion. Did I have to deliver him now? What was the risk of carrying him to term? After another examination, the physician said, "Yes, your baby has anencephaly, but there's no more risk in carrying him to term than there is carrying a healthy baby to term. You don't need to abort him now."

Relieved, we decided to let God determine his birth date. I wanted him to be a part of me for as long as possible. We named him Zane, which means "God's grace."

Spring arrived and as always I immersed myself in planning my garden. I mentally sketched the layout and when I got to the nursery I loaded my cart with bright purple Petunias, red Geraniums, tomato plants, cucumbers and carrots. Then I spotted an oak tree standing alone and away from the larger, more robust trees. Even though its leaves were budding, I could see that it would be a challenge for it to survive the hot summer. I stopped and touched its branches while Zane kicked and kicked.

The nursery attendant saw me looking at the gangly tree and said, "You might want to buy one of those healthier-looking oaks over there." He pointed across the aisle.

For three more months my abdomen grew and I smiled at Zane's almost constant movement. I sang to him as I caressed the skin that kept him safe. I felt sad that Mike couldn't experience the sacred little tingles that tightened my bond with Zane.

There were times I prayed for a miracle that he would be born healthy, but realistically I knew I needed to accept the probability that this wouldn't happen. I thanked God for my other children and for giving me the gift of carrying Zane. I knew that our pain was far less than what Jesus had endured when he died on the cross for us. Eventually, I began to pray that our little bundle would be born alive, for just a few minutes, so I could hold him in my arms while he took his last breath. I waited, as with my other pregnancies, for God to decide his natural birth date. While I waited, I planted my flowers, vegetables, and the oak tree.

A week before my due date I went into labor.

"I don't want anything for pain." I told the doctor as I lay on the birthing table. I secretly believed that delivering Zane without drugs would increase his chances of living for a few minutes.

My dream came true. Zane lived for four minutes—long enough for me to hold him and feel his warm bare flesh against mine. He didn't cry, but his little arms and legs moved slowly and peacefully. I dressed his sunken head with a white cap. After Mike and I said our goodbyes, the boys were ushered in. They held him, kissed his little hands and feet, and whispered their goodbyes, too. Our youngest son said, "He looks like an angel."

When I returned home from the hospital, I roamed the house in painful tears. My engorged breasts ached for Zane and reminded me of the emptiness I felt. To keep busy, I worked in my garden and nurtured the frail oak tree. I talked and sang to it and as I healed, it did too. Its green leaves sprouted and its limbs reached higher as if praising God for the sun and the care I had given it.

When Memorial Day came, we got ready to go to Zane's cemetery plot. Before we left, we stopped in front of the oak tree and the boys planted a staked memory plaque in the slim shadow of shade on the ground there. We said a prayer and I thanked God for leading us to our decision to wait for Zane's natural birthday. In waiting for his birth, our children learned to respect life—however short it may be.

This true story is about my sister-in-law, Melinda Weidenbenner, who is an inspiration to me and others who know her. Her loving and giving personality exudes goodness and a positive influence. She's able to find joy in situations where others can't. Her perspective is often one of astounding optimism. She's a how-to-live-life teacher and healer to many.

Michelle Weidenbenner writes from her northern Indiana lake home. She is the proud mother of three children, two poodles, and one shedding feline. When she's not writing she's on the tennis court winning ugly or shakin' it in zumba class.