It has the power to renew your marriage
Lara Krupicka 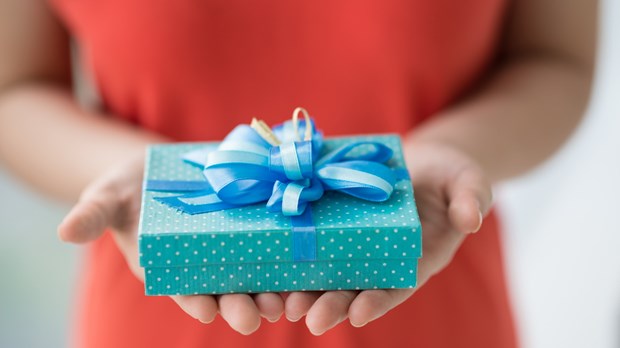 My husband's eyes darted back and forth, apparently keeping time to his frantic flow of thoughts. I'd just asked for his input on a decision we needed to make, and I could tell he was flustered and stressed. He frowned, glancing down at his watch.

"Let's talk later," he said. He leaned over and kissed me on the forehead. Then, keys jingling in his hand, he called to our daughter and the two of them hurried out the door.

I was left alone, with issues still unresolved in the wake of our hectic schedule. Normally I would have gotten frustrated. His work schedule and our full family calendar prevented him from giving our concerns a fair focus. But this time a thought popped into my head: he was feeling the stress of a hectic lifestyle because he hadn't spent any alone time lately with God.

As college students, my husband and I had practiced retreats of silence. We'd withdraw from daily life for a few hours to spend time focused on being with God through reading Scripture, praying, and meditating—all in silence. We appreciated the unique time of reflection and recharging that came through this abbreviated retreat. Early on we decided to make that a part of our married life.

For us, silent retreats come in three-to-four hour chunks once every year or two. Sometimes we feel stretched, but we've made the commitment to carve out those few hours to become still and listen to God without being so long as to throw off our schedules or leave us scrambling to catch up. And periodic silent retreats come with benefits for us and for our marriage that outweigh any inconvenience.

Here are some of the messages I send when I present him with the gift of a silent retreat.

The Gift of Sacrifice

Offering the gift of a retreat of silence demonstrates sacrifice. Scrabbling together a three-to-four hour chunk of time takes work. Every minute devoted to that retreat of silence means time not given to something else. And often the greater sacrifice comes from the giver, the one who stands in the gap and takes care of "life" in the other's absence. You are giving up your spouse for that time. You're also giving him back to God. Try this as a spiritual exercise of relinquishing. Relinquish your spouse and relinquish control over the time that he's gone. Instead capture any free moments to pray for him during his time away.

A Communication of Love

The unique way in which it communicates love makes a silent retreat a powerful gift in marriage. Offering your husband—or wife—time away—from you, the children if you have any, his share of household duties, or from whatever expectations or demands he may be facing, speaks volumes of love. You're telling him his relationship with God matters more than any of those. You acknowledge that any time he takes to focus on that relationship will benefit the others as well. It's more than encouraging him in his daily walk with God. It's saying: give this extra attention. You and the Lord are worth it.

When I reflect on the times my husband has offered me a few hours away with the Lord, a feeling of protection comes over me. It's as if I'm sandwiched between the amazing love of God and the giving love of my mate. It renews my appreciation for how precious it is to be married to someone who loves God as much as I do.

An Aid During Transition or Trial

In his classic book, Celebration of Discipline, Richard Foster suggests a periodic retreat of silence, similar in duration to what we practice, as a time for goal setting. We've also found it to be a pivotal practice during times of trial or transition. We often take our concerns and our plans to God, but rarely do we stay there with them for long, waiting for an answer and guidance. The next time you find yourself in the midst of changes or trials as a couple or family, offer your spouse time to work through them with God. Let God be his advisor.

When my husband returned that afternoon, I told him that I would cover the household stuff, if he would take a retreat. We worked our schedules around and he finally seized a time to get away, sneaking in a retreat of silence after a half day at work.

When he returned home that evening, his lips curled up in a grin and his eyes gazed steadily at me.

"I took that retreat of silence," he said. Then he wrapped his arms around me in a long embrace.

That retreat of silence was one of the best gifts for our marriage. It offered my husband more clarity, and we were finally able to make the decisions with solid conviction.

Copyright © 2011 by the author or Christianity Today/TodaysChristianWoman.com.