Through their Respite Retreats, one couple offers families the opportunity to process grief and begin to heal.
Corrie Cutrer 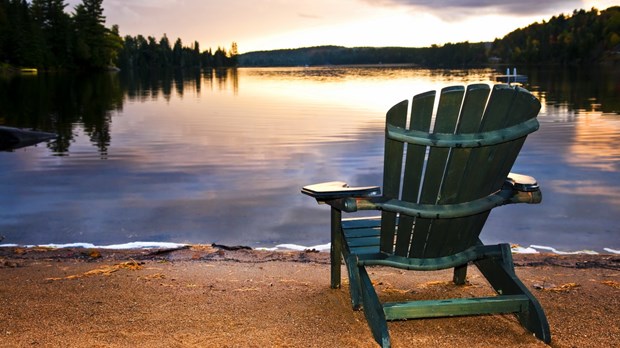 It was a beautifully warm spring day when I drove to the Hiding Place lodge, located about an hour outside of Nashville. The retreat center was tucked at the end of a private, winding, and wooded road. It was spacious yet still felt cozy, with a central sitting area that boasted soaring views of budding trees and the winding Cumberland River below.

I couldn't help but think of the contrast—the beauty of the surroundings paired with the unimaginable pain that each of the 11 couples who gathered here had brought with them. The group had come to attend Respite Retreat, a weekend sanctuary of sorts for couples from across the nation who've faced the death of a child.

Their losses are every parent's worst nightmare—children who've died from cancer, rare diseases, SIDS, dwarfism. Others had faced tragic accidents. A 15 month old who choked on his vomit during the night. A nine-year-old girl run over by a parade float trailer. It's the kind of horror and grief many of us have never faced and frankly can barely stomach.

But at the center of the weekend is the couple who created Respite Retreats—Nancy and David Guthrie, and they are no strangers to loss. The Guthries, who live in Nashville, lost two children themselves to Zellweger Syndrome, a rare metabolic disorder. Their journey of loss began more than a decade ago, when Nancy gave birth to Hope. She lived only six months. Unbelievably, their circumstance repeated itself less than two years later as the Guthries had a son Gabe. He was born with the same disorder and lived the same short amount of time.

Organizing retreats for couples who've lost a child is the latest remarkable way that Nancy and David have allowed God to use their own suffering to comfort others and provide help in healing. Nancy's authored numerous books, including her latest, Hearing Jesus Speak Into Your Sorrow. She and David also are the co-hosts of the GriefShare video series, used in grief groups at more than 6,000 churches nationwide. It was through communication with GriefShare classes that the Guthries first announced the formation of Respite in late summer of 2009, and during the past 18 months the Guthries have hosted five retreats, with additional ones on the horizon.

The goal of each retreat is the same. "The aim is healing," Nancy says. "Not fixing. It's wanting to move forward—not just 'move on.' We want to be a unique voice in honoring their grief but also challenging them not to stay there forever."

"We want to give people a jump start at this," David adds. "Most people don't know how to do it. They don't realize that sorrow and joy can coexist. Through our own experiences, we show them that it can."

Sharing their experiences, in fact, is the way the weekend begins. Throughout the Friday evening and Saturday morning sessions, each couple takes a turn telling their story. Framed photos of each lost child are spread throughout the lodge's living room. It's emotionally draining, but also the most meaningful time for many who attend.

"I don't know why, but telling your story is one of the most healing things you can do," says Judy Joyce, who attended the first retreat in 2009 with her husband, Butch. The couple had lost their son, Nathan, a year earlier to melanoma of the brain. "Everyone there knew what it was like to lose a child. It was so comfortable because of that. So many others in our community had wanted to 'get it,' but they couldn't. Yet these people got it.

"There's a point in your grief when you think you won't survive," Judy adds. "And at Respite, you have the encouragement of seeing that all these other people have survived. You're not alone."

Next, the Guthries facilitate a session on how grief impacts a marriage, followed by a time spent discussing the myriad issues grieving parents face. Some couples share how they annually acknowledge their child's "deathday." Others reveal the difficult process of when they finally decided to pack away their child's clothing, toys, and memorabilia. One father shared how it took him years before he could bring himself to repaint his son's bedroom, where the boy's fingerprints were still visible on parts of the wall and where he'd secretly scribbled his girlfriend's phone number. Other couples discuss the painful disappointment they've felt from close family and friends who've been uncertain about how to deal with their loss, so as a result didn't really say anything at all, or said something deeply hurtful.

The Guthries are good listeners. And they also know exactly when to speak up and share what these hurting couples need to hear. To many who attend the retreats, the Guthries are among the few people who have earned the right to speak truth into their lives like few others can.

"Are you defined by grief?" Nancy asks the group. "Do you always want to be? You have to ask yourself, Am I going to continue to pour the bulk of my energy into my grief because it makes me close to my child, or am I going to shift my focus? We have to examine if our grief has overtaken our identity—or has even become our idol."

Interspersed throughout the weekend are breaks for walks along the property, as well as time for laughter and games, which is equally significant. "For some of these couples, it's the first time they felt the freedom to laugh since they lost their child," Nancy says.

The retreat closes with a time of Scripture reading and worship. For Jennifer and Jody Scharfenstein, this was especially helpful. The Scharfensteins lost their nine-year-old daughter, Savannah, when she was accidentally run over by a trailer float during a parade in 2006.

Jennifer says, "We sang the worship song 'Blessed Be Your Name,' and I remember my husband pointing to the words of the song and then looking at me and whispering, 'You chose to do this.' That was significant, because for many months after our daughter died, I lived in apathy. It was the work of God to see that he's allowed me to choose to bless him amid our grief." Other couples leave the retreat empowered with the realization that God wants to redeem their pain.

"The Guthries were so good at reminding us to trust God even when things look horrible—and that includes trusting him with the next part of our lives," says Lauren Byrne, who attended the fall 2009 retreat with her husband, Bob. The couple's toddler son, Robby, drowned in 2007, just a few months before his second birthday. "Attending the retreat showed us the importance of pursuing a ministry and being willing to talk to others about their own loss and pain."

As a result, the Byrnes recently began leading a local GriefShare group in their hometown of Charlottesville, Virginia. "It's been rewarding," Lauren says. "It's given us a sense of purpose."

That's exactly the kind of perspective the Guthries hope couples will achieve. "We try to get them to consider God's big story and how we fit into it," David says.

The road to healing is a long one that the Guthries have traveled well. "Losing our children was the worst thing we could have imagined happening," Nancy says. "It caused us to revisit everything we know about God and what his Word tells us. But by God's grace, we have more than survived this. We have a lot of joy and purpose. I recognize I'm a steward of what the Lord's placed in my hands. And it's a joy to get to do this with David, my best friend and partner."

For more information about Respite Retreats, go to www.nancyguthrie.com/retreats.

Corrie Cutrer is a freelance author who lives with her family in Tennessee.

Copyright © 2011 by the author or Christianity Today/Kyria.com.
Click here for reprint information.